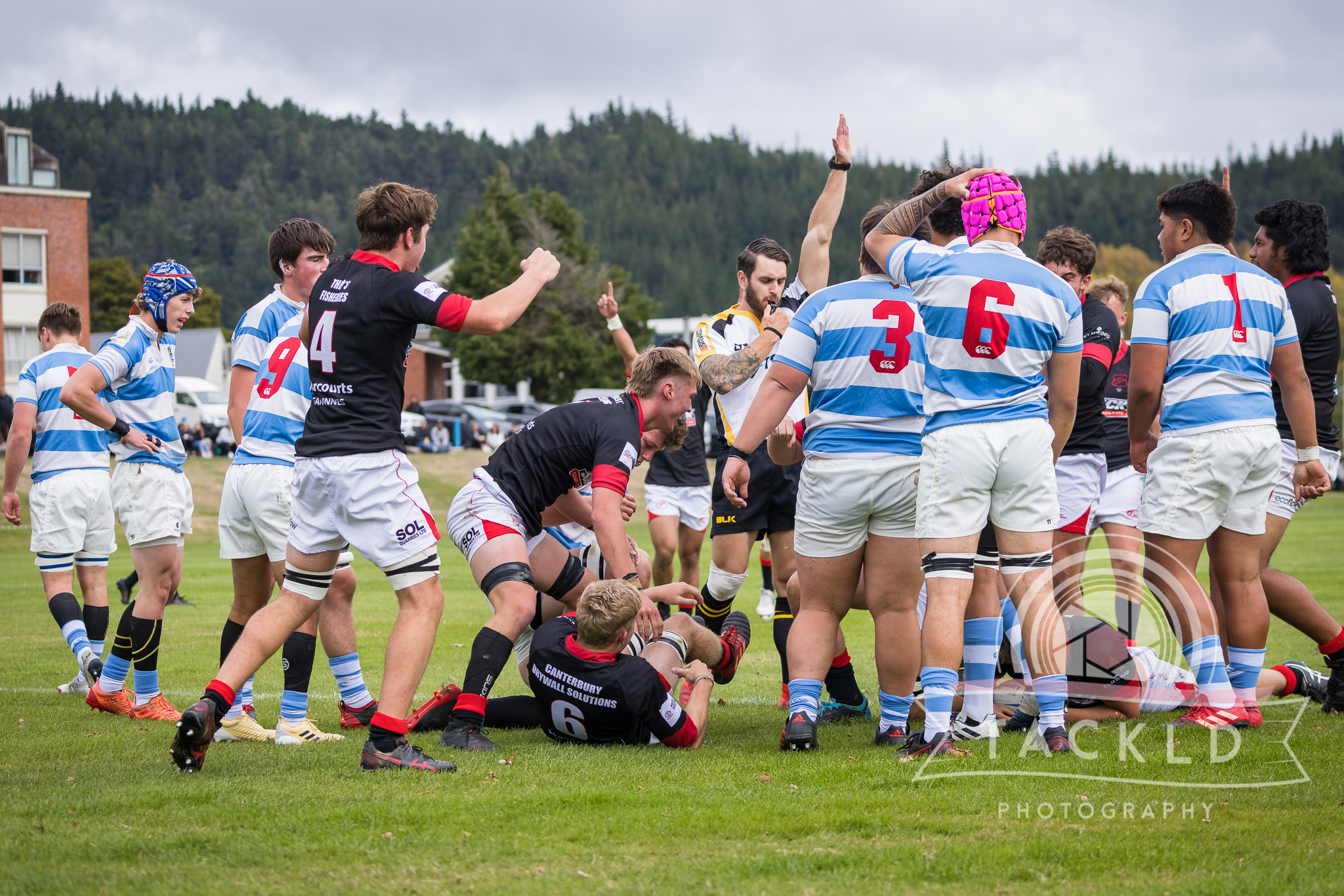 St Bede’s cross the tryline late in the first half in their late win over St Pat’s Silverstream on Friday.

With 15 minutes remaining, and St Bede’s ahead 29-25, it had already been an entertaining spectacle. What happened next was more outrageous than Tiger King.

There was nothing surprising when Silverstream centre Tony Solomona blasted through St Bede’s defence to trigger a short-side raid by the hosts. Consistently threatening, he’d scored a try in the first half and laid on a couple more.

However, the penalty try and yellow card outcome for St Bede’s fullback Isaac Hutchinson was an unfortunate case of being in the wrong place at the wrong time. A stray Hutchinson hand made it 32-29 to Silverstream.

What next? Silverstream fumbled inside their own territory and infringed at a ruck, gifting St Bede’s a chance to drive from a lineout, five metres out. The visitor’s most profitable weapon resulted in a penalty try making the score 36-32. Referee James Taylor had signalled a try by the corner flag, but the assistant referee deemed it worthy of a straight seven.

Wait, there’s more. Toby Crosby is the most accomplished player in the Silverstream roster. He was relatively subdued until he cannoned through flimsy tackles and surged 25-metres like an untamed bull chasing a red towel in Pamplona. Silverstream 37-36. The conversion, a charitable gift from the closest place you can get one missed containing less oxygen than a hiccup.

St Bede’s should have been completely suffocated at the next kick-off. Silverstream won possession and only had to get it out to terminate time. What did they do? Rumble into contact.

Penalty! Step forward, St Bede’s first-five Mason Allison. Perhaps the only figure of composure left in the 5019 calling area slotted a 35-metre goal as St Bede’s won a classic few will forget in a hurry.

For Silverstream Kobe Joe-Vulu was involved often and elusive from fullback. Sam Morgan was wrapped up like a human band-aid at full-time and Solomona ran with conviction.

Alison kicked six goals from seven attempts. His poise alongside sprightly halfback Ben O’Donvan was vital in the dying moments. Openside Mitchell Shaw was a bona fide pain and Oliver Lyons worked himself into the ground.

The scoreboard. It reads like a five-setter at Wimbledon that keeps you up until sunrise.