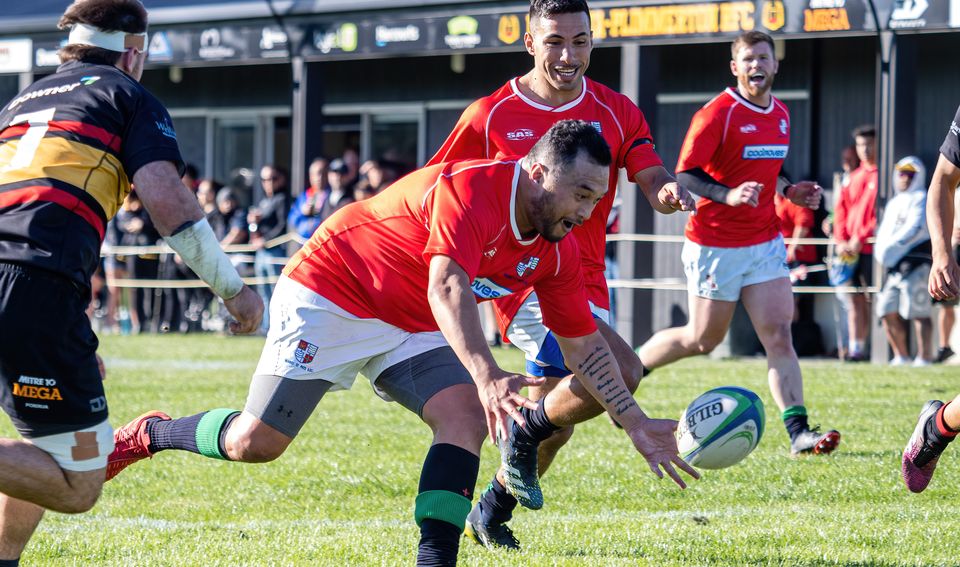 Above: Caption this! PHOTO: Stewart Baird.

Following on from this morning’s content about the Colts draw, it has been released by the WRFU this afternoon.

This year’s Colts sees 13 teams representing 12 clubs (OBU with two teams). But no Northern United. Norths had two Colts teams last year and their top team made the Division 1 final. It is thus a reasonable question to ask why they have no U21 side this year, and one we will ask them over the next few days.

Two Swindale Shield rounds in the bag and four teams have won both their games – Marist St Pat’s, Upper Hutt Rams, Old Boys University and Petone. Ories have won one and drawn one, which was recorded on official channels as a win to Tawa on Saturday – and still is as of late Monday afternoon – but later confirmed unofficially by both teams as a 19-19 draw.

Round three preview coming up at the end of the week, but third round Premier matches at a glance are:

Some school rugby coming up this week, with Christchurch First XV St Bede’s College visiting St Pat’s Town at midday on Tuesday at Evans Bay Park in their annual traditional match. St Bede’s go on to play St Pat’s Silverstream on Friday in leg two of their visit.

The Hurricanes return to action this Friday night against the Chiefs in Hamilton, ahead of their 10th and final match of the New Zealand Super Rugby tournament at home against the Highlanders the following Friday.

Look out for a return to our Guess the Score Competition at the end of this week. Winner takes all, and a great prize from our sponsors coming up for the winner!

A blazer at Upper Hutt is earned after 30 Premier starts. Jack Wright and Todd Svenson, back from Hutt Old Boys Marist, received new attire on Saturday.

HOBM Women’s fullback Tyler Bentley had an outstanding game in her 40th Blazer match against Poneke on Saturday. She scored four tries and set up another in the 41-15 win against Poneke.

Windy conditions in the eastern suburbs on Saturday, but Norths, MSP and Ories scored 19 tries between them in the division 1 Women’s games (Petone the other team went tryless) but collectively kicked just one conversion.

Poneke hooker Andrew Jones scored two tries in his side’s 18-19 defeat to Petone for the F.J. Tilyard Shield on Saturday. Below: celebrating one of these with his teammates.

Paremata-Plimmerton’s Alohagia Tuangalu was in her usual place at the back of their scrum on Saturday against OBU, just six weeks after giving birth.

Nearly half of the Upper Hutt Rams team on Saturday consisted of the Wright, Svenson, Woodward, Schrijvers, and McCashin families.

The Upper Hutt Rams’ Under 85kg team went unbeaten last season en route to the title, but on Saturday they were swamped by the team they beat in last years final – Eastbourne – by 39-7.

Speaking of the Under 85s, 10 Wellington teams have entered this year’s National Knockout Tournament. Wests are the exception from the sides in the local competition while Petone has entered a team. Disappointingly though there are no other sides from the lower North Island, with Johnsonville to play the only non-Wellington side in the Central region draw – Blenheim club Central – on a yet-to-be-determined date.

An epic 26-25 win by the Chiefs over the Crusaders with a standout display by former Marist St Pat’s lock Naitoa Ah Kuoi won a vital final turnover and with continued displays, at the level, he showcased on Saturday night All Black honours aren’t out of the question.

Richie McCaw has never visited the Rugby Museum. What’s going on there?

The Manukau Rugby Football Club turns 125 this year. They won the Gallagher Shield in 1968 and 1973. Barry Thomas and Frank Bunce are Manukau All Blacks and Joan Sione and Miriama Baker Black Ferns. Mangere sporting legends David Tua and Monty Betham also played rugby at Rovers before heading into their other sporting careers.

John Dawes passed aged 80 this week. The second-five was captain of the 1971 British and Irish Lions who beat New Zealand for the only time in a series. Dawes played 19 games on the tour which featured 22 wins in 24 outings for the visitors. He was also captain of the Barbarians who beat the All Blacks 23-11 in Cardiff in 1973. Dawes only scored four tries in 26 tests but was a masterful creator and helped Wales win the Grand Slam in 1971. As coach of Wales, Dawes won four Five Nations titles including two grand slams, in 1976 and 1978, and four triple crowns. He was also the coach of the 1977 Lions in New Zealand. He is a member of the World Rugby Hall of Fame.

Taradale and Hastings Rugby & Sports are the two unbeaten teams on maximum points after three rounds of the Nash Cup.

The Hurricanes concluded the inaugural Super Rugby U20s with a 15-71 loss to the Blues:

The Highlanders beat the Crusaders 25-23 in their final match with an injury time penalty winning the spoils, while the Chiefs went unbeaten with a 69-0 win over the NZ Barbarians team.

Highlanders captain and flanker Sean Withy was named the player of the tournament, awarded the Sir John Graham Trophy.

Up to 150 of the best U20 players nationwide now to return to club rugby around the country in the coming weeks –  hopefully.

The Silver Lake deal continues to divide. Are the All Blacks really for sale? Why so little detail on what’s on offer?

As an aside, we came across this interesting list of the top 10 most valuable sports set-ups in the world (all in USD):

How much are the All Blacks ‘worth’? According to Forbes it is $2.00 billon.

Meanwhile, in another sport the big six of English football have signed letters of intent to join a new European Super League, which is set to be announced on Sunday night (UK time). Manchester City were the last to agree, on Saturday, joining Manchester United, Liverpool, Arsenal, Chelsea and Tottenham in the breakaway, which will spell the end of competition in domestic and European football as we know it. It is understood that US banking behemoth JP Morgan are financing the breakaway league to the tune of USD $5 billion. Their market capitalisation is USD $465 billion, second in the US only to Bitcoin worth over 1 trillion (although the latter fell 14 percent on Sunday NZT).

The Ridge Studd incident was bad enough but the recent news two-time best and fairest winner Ben Tupuola has been charged with assault following an incident at a junior rugby leauge match is a genuine tragedy. A tragedy for the badly injured victim and a personal setback Ben will struggle to recover from. From a rough background, church, family, and rugby helped Ben turn his life around. A shocking relapse undoes all the progress. Not acceptable and rugby will be hard pressed to ever justify a return to the sport for Ben.

No new pokie machines will be allowed in Wellington after Wellington City Council voted to institute a ‘’sinking lid’’ policy last Thursday.

The sinking lid policy means no new licences for pokie machines can be issued, and machines cannot be transferred to a new pub or owner if the venue closes.

There are currently 633 pokie machines in the city and 938 across the Wellington region.

In 2017 and 2018, class 4 gambling – pokie machines in pubs and clubs – provided approximately $61million to sport, health, environmental, education, and arts sectors in the Wellington region.

Bond Banter 5 April (NEWS IN BRIEFS, RUGBY INFORMATION FROM THE GROUND UP)