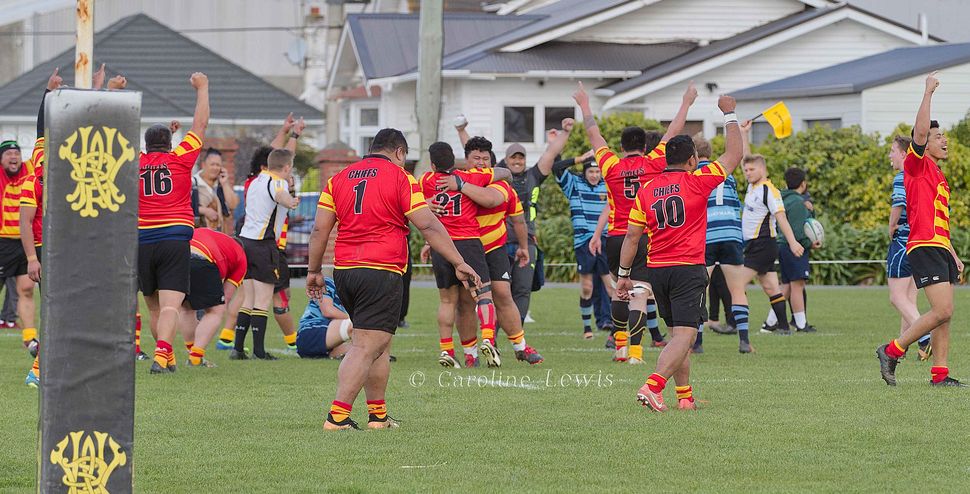 The 2021 club season finally gets underway across the province this weekend with the first round of a full 13 for the Premier Swindale Shield, as well as the start of the rebranded Premier 2 competition and the top four Women’s Rebecca Liua’ana Trophy.

Our sixth annual A-Z looks ahead at the campaign to come:

A –     Action: If you want it, every Saturday there’s plenty of it. Sure there are arguments about the quality or competitiveness from top to bottom, but Wellington club footy is known for it’s attacking mindset even in the worst of conditions.

B –    Barren: Its been a rough few years for Avalon, with last year’s winless campaign perhaps the nadir on the field and rumblings of discontent with its place in the Sportsville arrangement off of it. On their day the Wolves can be a handful – just ask MSP after they were toppled two seasons ago – but even a couple of wins this season will start bringing some belief back to the centre of the Hutt Valley.

C –     Commentary: With mainstream radio coverage of local club rugby having practically ceased to exist, a small band of people have taken it upon themselves to fill that void and ensure that commentary and coverage continues. Look for our weekly preview where you’ll find Gordon Noble-Campbell, Adam Julian, Brad Hudson, and perhaps others calling games and where you’ll find them on the wireless.

D –     Depth: When it comes to the sheer number of Premier-calibre players at their disposal, few anywhere can match Norths in recent years. But that will be tested this year with a number of departures and perhaps some question marks about their side for the first time in a while. On the back of three successive Jubilee Cup final appearances a return, and victory, would seem to be the minimum requirement for their faithful; can they manage it?

E –     Evans Bay: The home of Marist St Pats. After missing out of the Jubilee places in 2019 – the first time in 44 years – MSP bouncedback to claim the Swindale Shield despite almost stumbling late on against Johnsonville. However their hopes of doing the double and returning the Jubilee Cup to their clubrooms were dashed in a pulsating semi-final by OBU. There’s no shortage of talent in their ranks, so can they go one better this time?

F –    Flight: Like Avalon, its been a wretched few years for Johnsonville. But the Hawks showed signs of life at the back-end of last year with a couple of wins and perhaps should have knocked over MSP as well. Slow starts have been a common theme for the Helston side, so will they take off sooner and mount a push up the table for 2021?

G –     Green: And black, the colours of Wainuiomata. It was hard to get a handle on the team from over the Hill Road. They beat everyone that finished the Swindale below them, while an early win over Petone was the only one that finished above and they took some heavy losses from those teams. But they came good at season’s end to beat Tawa and HOBM to claim the Hardham Cup. How will their mix of emerging talent and grizzled veterans play out?

H –     Home cooking – The later start to the season means that Hutt Old Boys Marist avoid that lengthy stretch of games away from the Hutt Rec to start with thats been a feature of recent years, meaning they’ll enjoy the surrounds of the Nest earlier into the campaign. But will that change affect their fortunes and lead to another Jubilee Cup crown, or is the door starting to close on their long-serving core group of Laursen, Walters, Filipo and co?

I –     Improve: After a pair of midtable seasons, up is the direction Poneke will be looking for this year. Always combative, especially in the loose, the returns of Pakai Turia and Nick Robertson and the flair they bring to their back division should be cause for optimism at Kilbirnie Park, but will they have enough firepower around the park to vault into being genuine contenders?

J –     Jubilee: For the fourth time in the past six years the Holy Grail of Wellington club rugby has spent the summer at the Cambridge Hotel, the spiritual home of Old Boys-University. Having set the benchmark again and as well-drilled as any team in the country while mixing youth and grizzled veterans, the Goats will know that the target is firmly on their backs once more. So, will that mean a repeat of the defence of 2018, the ‘big miss’ of 2019, or something in between?

K –    Kaleidoscope: There’s no shortage on the colour spectrum in Wellington rugby and its long history. Black, white, and red are worn in some form by a dozen of the regions sides, backed up by shades of blue, green, gold, maroon, and even a hint of orange. But which colours will the tassles on the Jubilee Cup be at seasons end?

L –     Ladies: There’s one question first and foremost – can anyone crack Ories’ vice-like grip on the Women’s game? Norths have been the regular challenges but will they, Petone, or MSP – who’ll make up Division 1 in the newly-introduced split competition – have the ability to run the Lady Magpies close? Add in that there will be a new Pride coach for this years Farah Palmer Cup there’s plenty to play for.

M –    Miramar: One thing that Oriental-Rongotai have done very well in recent years is create that sense of identity and community out on the peninsula, and make sure that their local talent stays local. With some of those now having a season or two under their belt and more coming through, is a return to the times of a decade ago when they won a Jubilee Cup and made the next two finals as well on the cards for the Magpies?

N –    National: Launched before the word Covid became an everyday part of our lives it seemed that the National Knockout for the Under 85s would have to wait, but NZR managed to get it played in a reduced form in the back end of the season. Despite it being when most of the players would otherwise have clocked off for the year Wellington sides Avalon and Eastbourne made the semi-finals but found Auckland opposition too tough. There’s over 40 teams entered across the country for this years edition, so will a capital side make the showpiece this time around?

O –     One Hundred: Eastbourne might be the smallest club in the region and sits perched on a narrow strip of land on the harbour’s eastern shore, but this term they celebrate a big number with the club having their centenary over Queen’s Birthday weekend. Long one of the frontrunners in the Under 85s, they’ll be looking for that title to cap off their milestone season.

P –    Poised: Since their breakthrough title in 2013 Tawa have been there or thereabouts, but have only added one other (2016) in that time. Last year would have been particularly deflating, missing out on the Jubilee playoffs by the tiebreaker rules and then getting bounced out of the Hardham at home. There’s that feeling that they need to deliver another title to Lyndhurst, so is this the season they take the competition by the scruff of the neck?

Q –     Qualifying: With it straight into the playoffs now at the end of the Swindale Shield, you’ve got to be better than ninth to have a crack at the Jubilee Cup. The new playoff system is a bit complex to be explained here, but ensures every team plays at least two postseason matches and gives four weekends of finals rugby.

R –    Rebound: Last season started in turmoil for the Upper Hutt Rams both on and off the field and its to their credit that they were able to turn a credible campaign, albeit one where they found themselves in something of a no-mans land on the table. With matters now seemingly on a more secure footing and some of those players having returned to the fold the onus will be on them to deliver improved results as well. Can they make that happen?

S –    Steps: It’s been a series of incremental gains for Paremata-Plimmerton in the Premier game since their return in 2015, with last years three wins matching their best in a Swindale campaign. But they struggled to hang with the better sides, conceding more than 40 points on eight occasions, and would seem an area to improve on for 2021. So will it be steps forward, or backward, for the Hammerheads?

T –     Turnover: Normally the one club that can be counted on for Gains and Losses content are Wellington, but not this time though as they seem to have a settled group for the year ahead. Last years 150th Anniversary season was a bit of a washout both on and off the field, so perhaps this time around the Axemen get to celebrate their milestone and put some wins on the board as well.

U –    Upwards: Second in the Swindale last year after finishing third in 2019 represent a return to prominence for Petone, though after their massive effort to beat Norths in the final round to secure their playoff place they would have been disappointed in the manner of their elimination the following week when they were blown off the park by the same opposition. It’s been an offseason of significant change for the Villagers, leading to the obvious question of how quickly they can gel and continue the momentum of the last two seasons.

V –    Valley: One of the benefits to come out of last season was the return of Stokes Valley to the top flights, where they more than held their own and even walked away with silverware at season’s end. They’ll get their chance again this year with the changes to the second-tier meaning they’ll play there once more and look to make Delaney Park a difficult place for opponents to visit.

W –     Whistle: The good news for referees, players, and spectators alike is that there’s no changes to the laws of the game as they apply to us this season. But there is change amongst the refereeing ranks with leading trio Richard Gordon (UK), Nick Hogan (Hawkes Bay), and Vincent Ringrose (extended sabbattical) all absent the major matches will have a different look to them, while the WRRA is always looking for people to take on the challenge of being in the middle.

X –    eXodus: Once again Wellington’s losses are other provinces gains with several players having moved onto new pastures and perhaps new challenges. The foremost issue though is just how many have left the region, and that number certainly contains players who in a another persons eyes would likely have achieved Lions representation. Throw on top of that the number who have left the boots in storage for other reasons, and you’re left wondering just how strong the game is here.

Y –    Youngsters: Each year a new crop of players take their steps into senior rugby. While there will be those who make the step from school straight into the Premier ranks and could even leave a sizeable mark on the game straightaway, the Colts grade remains the first place for many and remains as closely-fought as ever.

Z –     Zoom lenses: You see them every weekend, out there in the elements as much as the players are, and equipped with an ever-increasing amount of gear and newer and bigger lenses. Without them and their time the local scene would be the poorer for it so to Dave Lintott, Russell ‘Chainsaw’ Potts, Hugh Pretorius, Mike Lewis, Andy McArthur, Dave Brownlie, Joe Serci, Stewart Baird, Peter McDonald, Masanori Udagawa, Warwick Burke, James Foy, Barry Stead, Tom Minton, Tarn Styche, Reef Reid, Jared Clarke, Mark Fairmaid and others, thank you for your work.