Skip to content
You are here
Home > Club Rugby > Bond Banter 5 April (NEWS IN BRIEFS, RUGBY INFORMATION FROM THE GROUND UP) 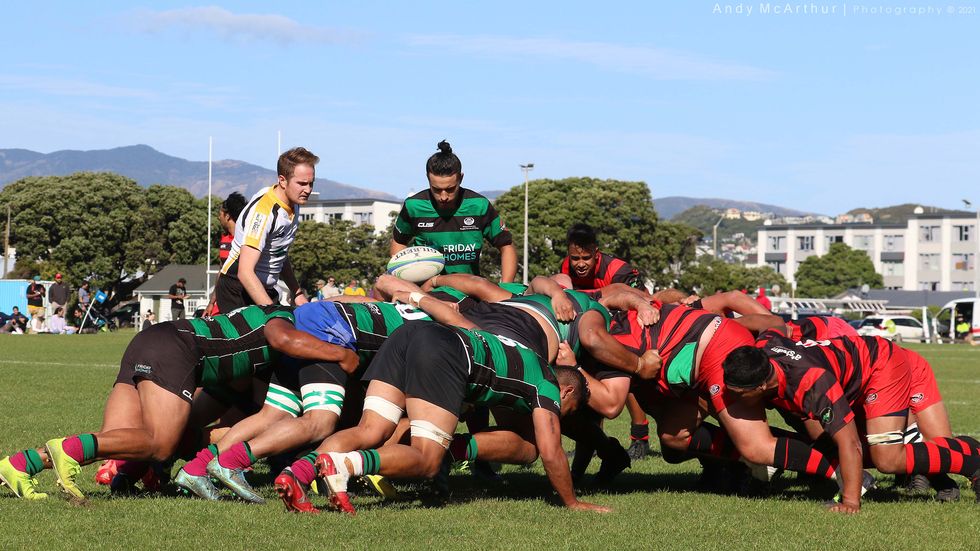 Easter Monday morning edition: Here we are, the season is finally upon us!

After a long lead-in and a four-day break for many over Easter, the 52nd annual Swindale Shield kicks off this coming Saturday around the grounds in Wellington, Porirua and the Hutt Valley.

First round games at a glance are:

For more, visit our Draws & Results page in the menu bar of this website or HERE

It is also round one of the new Premier 2 (formerly Premier Reserve) competition. But the draw has yet to be seen at the time of this being published. A draw and start dates for other competitions are imminent too.

Look out for our content this week, which will include at the least the annual Gains & Losses compilation, School Leavers to Watch, Club Rugby A-Z and preview articles.

In other rugby this coming weekend, the inaugural Super Rugby U20 tournament starts in Taupo on Sunday, with second and third matches on Wednesday 14 and Saturday 17 April. Obviously, Club Rugby cannot support the timing of this tournament, which is taking up to 150 young players out of club rugby competitions around the country for a fortnight, but we wish all the players the best who are competing for the six teams involved.

The Hurricanes squad for this tournament is here: https://www.facebook.com/hurricanesrugby/posts/10158730214781335

No word on who the players are that have been selected for the U20 Barbarians team to play in this tournament, alongside the five Super Rugby franchise teams?

There are also some sevens matches being played this weekend in Wellington, which is awesome, but again some of this is unfortunate timing for supporters, with club rugby competitions kicking off on Saturday.

The media release for this states:

It’s Hurricanes Club Day this Sunday at the Stadium as well.

Wellington Rugby had a gross operating loss of $600,000 which was offset by the Covid-19 wage subsidies, and further Covid related support provided by the likes of Sport NZ and other partners plus the return on its Hurricanes investment.

Old Boys University’s Peter Scott has been made a Life Member of the WRFU.

Will New Zealand Rugby take the $465 million from Silver Lake or will player resistance bury the deal? What exactly is being traded? What is the benefit for both parties? When the players’ association suggested culture is for sale, what exactly do they mean by culture? What are the alternatives for the cash strapped national game with dwindling numbers? This impasse might be the most important debate and decision in the game since going professional in 1995 but somehow Joey Wheeler generated more column inches this past week.

Starting to go through our player database and add new players and make transfers between clubs – who would be the oldest player in our database still playing Premier Rugby in 2021? Not oldest in terms of age, but when they were entered into our database?

Not ruling out Fa’atonu Fili playing again this year, or a surprise appearance by an old-stager, but based on players we know who are back in 2021 that player could be one Peniasi Tokakece. Tokakece is player #50 on our database (over 11,000 names in there now).

Like Fili who is doing more coaching than playing these days, and a few others still playing in social or lower grade teams, Tokakece’s debut pre-dates our website for a few years. But his first appearance on Club Rugby (which started in 2005 and started properly/consistently in 2006) was:

How times have changed in Dunedin.

2021: Six players stood down by Tony Brown for partying too late.

The last time the Highlanders beat the Crusaders in Christchurch was the only year they won the competition, 2015. The score in that game was 25-20 with All Blacks Waisake Naholo (2) and Ben Smith scoring tries.

An email to Club Rugby on the Highlanders win over the Crusaders: “The Crusaders don’t defend the inner ruck, easy metres in close if the plan is stuck too. Highlanders owned them at the ruck. Be careful Scott, you got out coached by a team that was in turmoil yet showed a culture equal to your own.”

The Blues have won four games in a row against the Hurricanes, their latest victory an ugly 27-17 success at Eden Park.

Jordie Barrett has scored 63 of the Hurricanes 108 points this season. This tally includes a dozen penalty goals.

The last time the Hurricanes failed to score a single try in a Super Rugby fixture was in the first game of the 2020 Super XVIII season. Remember that? The Hurricanes were beaten 0-27 by the Stormers who boasted the vast majority of the Springboks pack who’d won World Cup final a few months earlier in November 2019. The Hurricanes lost 17-27 on Saturday, scoring a really late try to avoid a tryless defeat conceding 27 points. Strange times!

Some prophetic commentary in the editorial of 1999 Rugby Almanack following the 1998 season:

“The SANAZR competitions are in danger of becoming monotonous and tiring if the formats continue regularly year after year. They are long, physically demanding tournaments with frequent travel and it will become more difficult for the players to motivate themselves to the challenge. And while there is currently enthusiastic public support for the two series, that interest may wane in the future.

“The Super competition is rapidly reducing the status and profile of provincial rugby and the NPC.

“Like greedy squirrels gathering an oversupply of fruit from neighbouring orchards, the big unions strip the lesser teams of their emerging talent, forcing the smaller squirrels to ration their dwindling resources through the long winter months.”

Hypothetically, If one of the three was not sustainable for rugby in this country in the future, which two of these three would you prefer to be retained?

Are leading Wellington club rugby players going to be pulled for the last two-four weeks of club rugby later this year – effectively the Jubilee Cup round – as they have to prepare for the Wellington Lions and the NPC season?

The new Rugby News magazine is out, featuring some club and community rugby news:

Interesting to see former All Black Darryl Gibson and Poneke stalwart Richard Watt appointed Bay of Plenty coaches for the 2021 season. Gibson has no affiliation whatsoever with the Bay having played all his rugby in Canterbury. In four seasons of Super Rugby with the Waratahs he only won 28 out of 64 games.  Watt assisted the Hurricanes in their 2016 Super Rugby success and helped Tonga at the 2019 World Cup, but again has little connection with the province. The other applicants for the position were Clark Laidlaw the New Zealand Sevens coach who won two World Series titles and a Commonwealth Games gold medal in 2018. Mike Rogers has run the Inside Running Academy in Tauranga for a decade and guided Bay of Plenty to National Under 19 glory in 2018. Marty Bourke and Mike Delany were assistants to the successful Clayton McMillian who helped the Steamers win promotion from the championship to the Premiership where they were semi-finalists in 2020.

Received from a reader: “How come it costs $22 for a 6-pack of Fortune Favours beer from the dairy across the road from my house and I can watch rugby for free on my TV at home [albeit with a Sky subscription – ed.] but when my mate and I go to the game at the Stadium we pay the same price for just two supposedly Fortune Favours beers in a plastic cup, or do the double and get two beers and two pies for $32.60? On top of that is the cost of general admission to the ground, plus transport costs to and from the game and a carpark at over $30 if I want to park nearby because I have a dicky knee and my walking range is limited, or I catch a taxi or uber to the gates but that’s more money? Not counting the carpark, for my mate and I to leave home and roll up and go to the Hurricanes at the Stadium and have some sustenance and a drink whilst there, because that’s what you do, it’s the thick end of $100. Have they actually grasped why that could be the reason why no one goes anymore?” We say: Tell your story to the Yellow Seats Army, almost 30,000 strong now, as the horse bolted on that one about a decade ago.

A new series of experimental-domestic-safety-law-variations (EDSLVs) are being introduced by New Zealand Rugby to increase player safety in light of increasing concerns over the risks of concussion and injury. Targeted at teenage players, the goal is a create a safer and more appealing game at the community level, which this Association fully endorses.

In summary, the EDSLVs will require: all tackles to be made below the sternum (below the chest); contesting for the ball post-tackle must be done in a split-stance (reducing the risk of players falling over the tackled player and becoming susceptible to injury in doing so); and any player contesting for an airborne ball must keep their feet on the ground, (to eliminate the risks of injury arising from competing for the ball in the air).

In the 2021 season, trials of the new EDSLVs will be targeted in the teenage space, with the potential for other adult grades to be included in the future. A safer amateur game which does not mirror the risks associated with the professional game, is a necessary step in ensuring that Rugby Union as a sport continues to be seen as an appealing sport option for teenagers.

Who’s your pick to win the Swindale Shield? Vote in our poll below:

POLL: Who do you think will win the Swindale Shield?

One thought on “Bond Banter 5 April (NEWS IN BRIEFS, RUGBY INFORMATION FROM THE GROUND UP)”