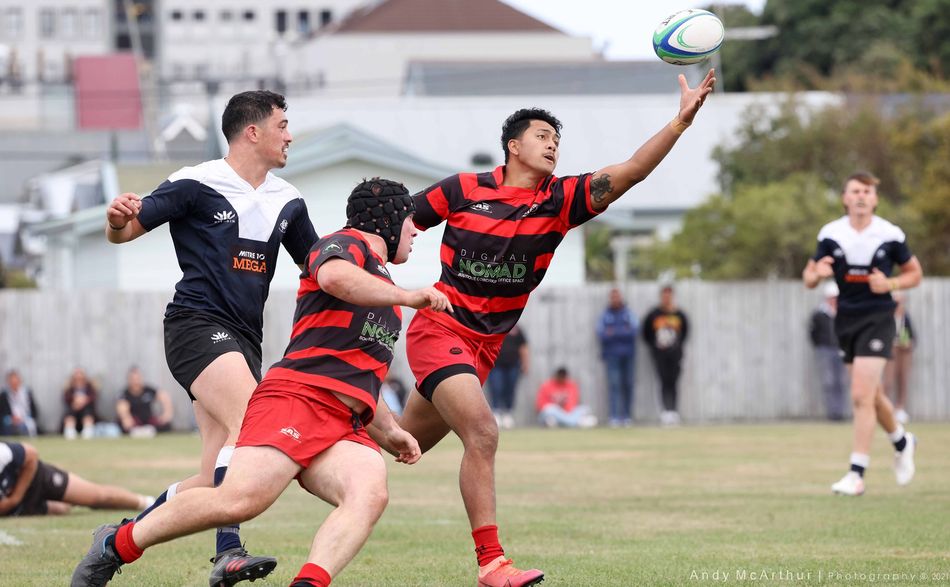 Petone are back at home at North Park on Saturday to play OBU, while Poneke are on the road to Taranaki to play Tukapa.

There is plenty of pre-season for Wellington teams tomorrow for fans to follow around the region and elsewhere, with road-trips and a ferry trip thrown in the mix as well.

The Wellington Axemen cross Cook Strait to play their second annual match against the Nelson club at Picton.

The Poneke Premiers head to New Plymouth’s Sanders Park to take on Tukapa for the Zemba Cup.

Wainuiomata hit the Wairarapa to play some pre-season rugby against a couple of local clubs and a couple more from Whanganui. Their Premier Reseves arrive at Memorial Park to play Wairarapa-Bush club Pioneer, kick-off 1.00pm.

Back in the region, there are four venues for Premier pre-season club rugby, while there is a Women’s club rugby pre-season day on the top fields at Porirua Park (fields 3 and 4).

This involves eight of the 10 women’s clubs and the action kicks off 11.30am, as below:

The Tawa and HOBM Colts, Premier Reserve and Premier squads meet at Lyndhurst Park at 11.45am, 1.15pm and 2.45pm respectively.

The Petone and Old Boys University Premier Reserve and Premier squads meet at North Park, Petone, at 12.30pm and 2.15pm. The Petone and OBU Green Colts also play at St Pat’s Silverstream #3 at 11.30am.

Also at North Park, the Petone Brotherhood plays the Upper Hutt Rams Premier Reserves at 11.00am.

Moving in to town, Marist St Pat’s are hosting three sets of teams at Evans Bay Park. The MSP Colts play the St Pat’s Town First XV at 11.45am. This is for the inaugural Xavier Reidy Cup. The Premier Reserves play the Johnsonville Premiers at 1.30pm and the Premiers play the Nelson Marist Premiers at 3.00pm.

The MSP U85kg Reds are also in action against the Wellington Light Axemen at the Polo Ground at 1.00pm.

The matches at Rongotai College are between the Oriental-Rongotai and Northern United Premier Reserve and Premier squads. Kick-off times are 1.00pm and 2.45pm for these games.

Another match involving a Premier club sees the Paremata-Plimmerton Premiers play the Stokes Valley Chiefs at Naenae College at 1.00pm.

The Upper Hutt Rams are holding an internal session and match at Maidstone Park, while the Avalon Wolves are training at Fraser Park.

The competition season in the top grades starts on Saturday 10 April, so there is just this weekend and next weekend to go for clubs to fine tune their preparations.

There are also some other matches involving Colts sides, in addition to the OBU, Petone, Tawa, HOBM and MSP sides (mentioned above).

The Wellington and Poneke Colts meet at Hataitai Park at 12.00pm. The Paremata-Plimmerton and Avalon Wolves Colts meet at Ngatitoa Domain at 1.00pm. The Wainuiomata Colts and Upper Hutt Rams Colts play at William Jones Park at 1.00pm.

The Johnsonville and Poneke U85kg sides clash on Newlands Park 12.30pm in another fixture.

There is a First XV fixture on as well. The Hutt International Boys’ School squad and the Palmerston North Boys’ High School squad meets on Maidstone 2 at 12.00pm.

It is round two of the Manawatu Senior A club rugby competition on Saturday, with the four matches spread across four separate venues.

At Johnston Park, both Old Boys Marist and Feilding Old Boys Oroua will be out to register their first wins.

The Hawke’s Bay Premier competition starts the following weekend, giving this Saturday the final chance for teams to fine tune their engines before the Nash Cup kicks off.

Elsewhere, the Hurricanes meet the Highlanders on Friday night in Dunedin.