Skip to content
You are here
Home > Hurricanes > Aisle be Back: Hurricanes v Chiefs. Updated with teamlists. 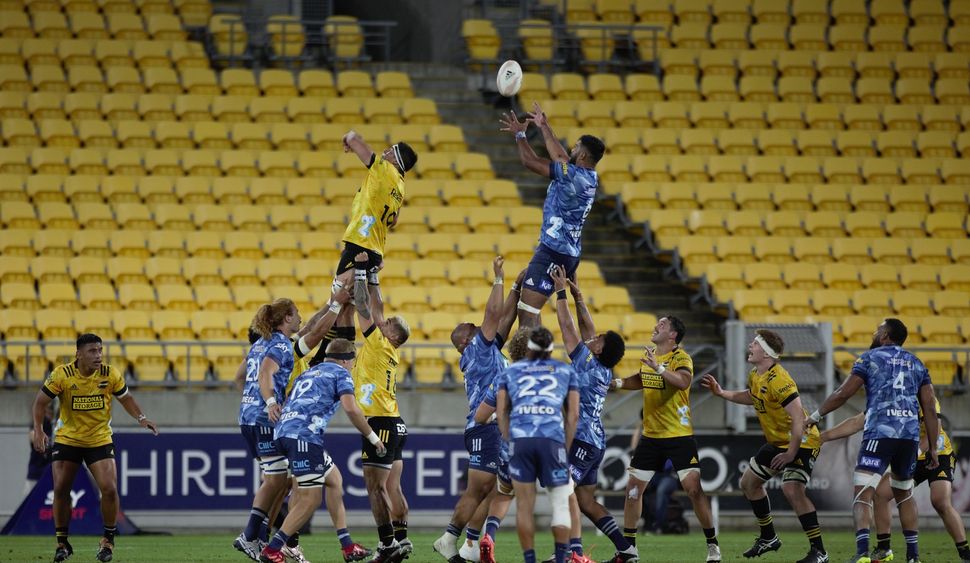 The yellow seats army looks on in the Hurricanes – Blues fixture. Since then, the Hurricanes have lost to the Crusaders in Christchurch and had their bye. They meet the Chiefs on Saturday, kick-off 7.05pm.  PHOTO: Hugh Pretorius.

I kept hearing during the America’s Cup that this or that was a statement race. As in, what happened has made a statement.

You could apply this to anything in your life. It’s time for a statement mowing of the lawn. Or a statement removal of fluff from your belly button. Anything you feel where you need to make people sit up and take notice – although positively.

Or most pertinently, how about a statement game from the Canes this weekend against the Chiefs. Maybe no-one will sit up and take notice, but if the Canes can’t topple the worst team in Super Rugby Aotearoa while at home, then the only statement being made will be a final will and testament from the haters.

The dance of the desperates is the inevitable cliché, but neither camp is treating it like that. Having both been through the Crusaders mincing machine, you can see why both will approach the match with optimism of the My Head Has Stopped Hurting kind.

The sort of  air that allows Chiefs and Canes to field rookie first-fives with not a care in the world. And with injuries intervening roll with the punches. In the Canes case, we’re well used to the mix and match.

Orbyn Ledger at first five? Bring it on.  Ricci R starting at hooker, no probs. At last a start for Salesi Rayasi. And no juggling Jordie, thank heavens

It’s not what you’d call a strong lineup but I don’t think that will matter too much.

What should matter is that the team as a whole turns up with an attacking mindset. This one is going to leak points all over, and I don’t know if you share the view, but the Hurricanes attack has at times looked a bit muted to date.

It may not cut it against the top teams, but I wouldn’t mind seeing the helter skelter Hurricanes this weekend. I think the morale of the side and the fans would not be hurt by a ton of points, provided they tally at least one more than the opposition.

That shouldn’t really be down to the new boys either. Surely Laumape is due to get underway. And the other Savea.  Time to give him some space, rather than leaving the bus parked.

I hope you get to the stadium live this Saturday. Live sport is still something to cherish currently.

A big crowd would be nice, and fingers crossed that we walk out with a rousing win, and that we don’t see the Beehive ninth floor lit up in the distance.

Then you can park up for Sunday afternoon and see if the Blues can match their hype and take down the Crusaders at Eden Park. We can only pray.