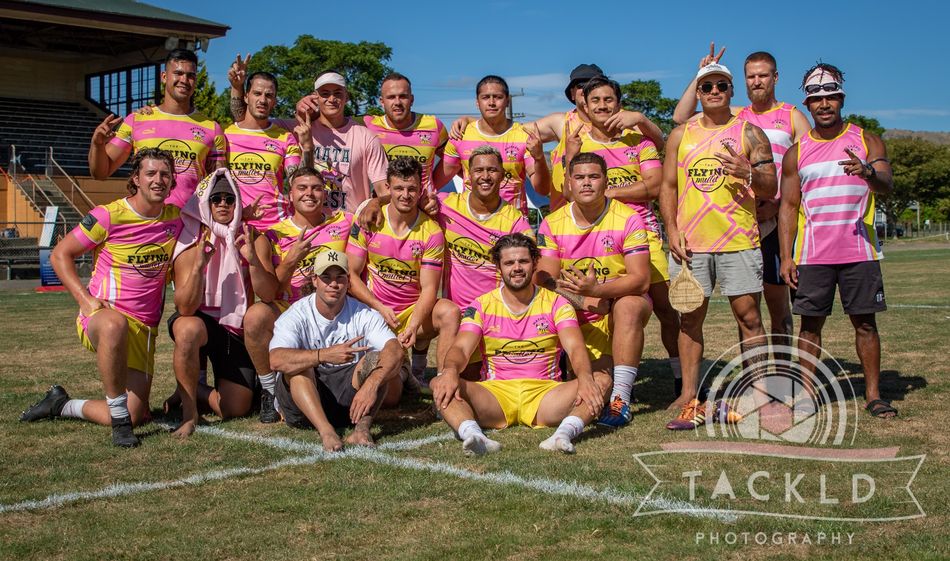 Composite side Matakesi retained their Shannon 7s crown at a sun-drenched Shannon Domain on Saturday.

Matakesi went through the day unbeaten with four straight wins before the final in which they beat Manawatu’s College Old Boys 31-5 in the Cup decider.

Matakesi won the final five tries to one, after leading 19-5 at halftime.

Their semi-final win over the Fijian Flyers, trading as Johnsonville Pink, was by far their toughest match of the afternoon. They won this 19-17 with a sweeping length of the field try on fulltime, finished off by Hutt Old Boys Marist player Brandyn Laursen.

Moments earlier they were pinned under their own posts with the Fijian Flyers putting the ball into their own scrum, only to win the tighthead and turnover and commence their raid up field to score the match-winner.

The Flyers had extended a 12-7 halftime lead to 17-7 with a typically bombastic try to Esi Komaisavai and would count themselves unfortunate not to win and progress to the final.

The other Wellington team in the semi-finals, Northern United, would have wanted Komaisavai in their ranks like he normally is as they fell 14-19 to College Old Boys in an untypically flat performance by their high standards.

Both sides traded early tries, before a decisive COB try on halftime put them up 14-7. Norths equalised to make it 14-14 but COB scored their match winner after 90 seconds of possession.

The last of the four Cup quarterfinals had seen Matakesi beat Wainuiomata 21-17 in another tight win. This match was delayed for a period in the first half while an ambulance was called to take Tyler Tane away to hospital after he cut in going for a try and went down injured with an apparent serious leg injury.

The Plate final was an-all eastern affair, with YMP from Gisborne beating Martinborough from Wairarapa-Bush 24-10, after leading 19-0 at halftime.

The 34th annual Shannon 7s tournament was well run as always by local club officials and the Horowhenua-Kapiti referees.

Elsewhere on Saturday, there were two high performance 15s games at Porirua Park. In the first fixture the Wellington Academy side fell 28-42 to their Manawatu counterparts, while in the second the Hurricanes Hunters beat the Regional XV 39-22.