Skip to content
You are here
Home > Hurricanes > Aisle be Back: Hurricanes set for 350th match 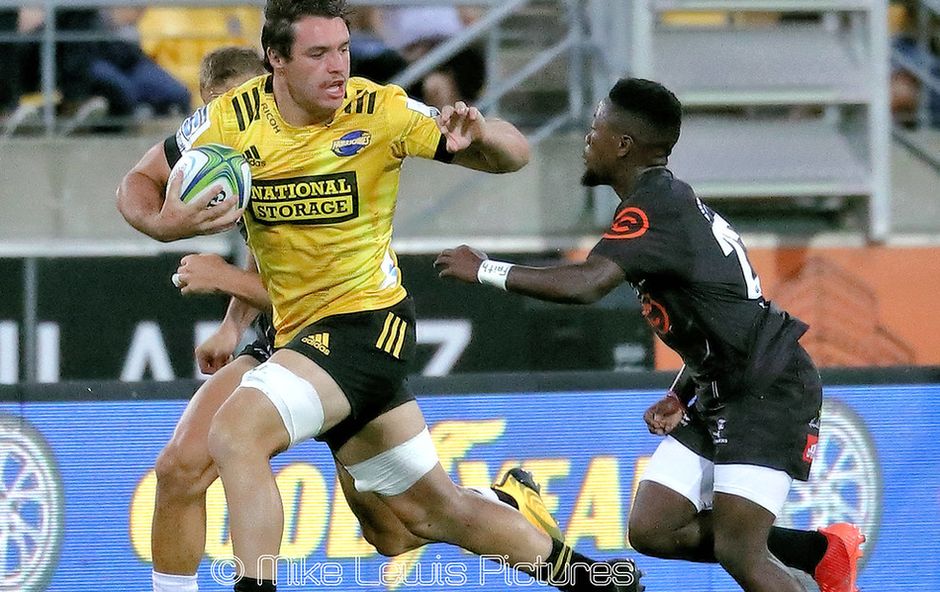 Above: Devan Flanders starts at No. 8 for the Hurricanes against the Blues in Wellington on Saturday night.

The cricket season seems to run later and later every year.  Really crowds in on the start of the rugby.

We’ll call it Spring for the hell of it, and I am certainly gambolling like a new-born ahead of Saturday’s Super Rugby Aotearoa.

You see I haven’t actually seen any live rugby in New Zealand – or anywhere – for well over two and a half years.

So, forgive me for being excited about actually sitting amongst fans again, talking trash, and assisting with on-field adjudication. If you can imagine ending a 30-month long lockdown from rugby, you’ll probably get the vibe.

Even the Hurricanes merch is exciting (although I could swing upgrading to a fridge magnet).

So, jaded I am not, and I hope you are not either. A blind man would know that all is not well in the kingdom of rugby, but like any season there is plenty to anticipate – and the usual fine tuning of the rules we have to digest.

Not only that, but last year’s brief international menu answered some questions but tossed up many others.

There’s always that frisson of sheer uncertainty in our pandemic times too. Best to start well, because the line between alert levels could spell the difference between a title and a DNF. As for post-Super Rugby Aotearoa, who knows whether the bubbles will have bubbled enough to allow the convoluted Trans-Tasman comp to even proceed.

That’s all out of our control of course, so let’s assume everything goes sweet in the next six months.

What then of the Hurricanes.  As a tragic supporter, I am always optimistic.  There is however always good ground for that,

It seems an eternity ago but just recall how much angst there was about last season’s Super kick-off and the gaping holes in some areas. Not all those are plugged, but the team was travelling well pre-COVID-19 and better than anticipated, including the pleasant surprise that the pack was building nicely.

The big stop button did no favours of course, and quick opening losses in  the new SRA pretty much precluded a serious tilt at the title. However, a cracking 34-32 win away over the Crusaders showed how good the team could be.

There’s been churn between then and now personnel wise,  but not outlandishly – so we should expect this squad to deliver. Yes, first-five and halfback are weak spots, but it’s not like this is a surprise to the coaches. You don’t grow TJs on a tree.

Not surprisingly, looking at a recent season guide, all the players featured on the front cover are backs. Yet if the Hurricanes are to be there or thereabouts again, it will be through the forwards. And that’s where there has been very little change in personnel for the Canes.

For the opener, a few talking points. Devan  Flanders at No 8 is presumably for some added bulk, while new skipper Ardie (and his 100th cap) is at 7. Can Vaea Fifita recapture his old menace at 6. And the word is that no-one has worked harder to get back than the Bus.

Couldn’t have a better first up challenge than the Blues, who obviously and rightly fancy themselves this season. With a good weather forecast, it will not be dull. So, you’ve got no excuses not to be there in person.

Welcome on board the new sponsor Dettol.

The anti-sceptics among us look forward to us cleaning up this season.

And who better to have on board if we end up having to flush the dunny.

The Hurricanes record against the Blues in all Super Rugby matches (including the SR Aotearoa Competition) is played 35, won 18, lost 16, and drawn one

The Hurricanes have played 17 home matches against the Blues for nine wins, seven losses and one draw

The Hurricanes record in all Super Rugby matches (including the SR Aotearoa Competition) is played 348, won 199 (57.2%), lost 143 and drawn six. They also played against the British & Irish Lions in 2017 (drawn 31-31), and so their match against the Blues will actually be their 350th overall.

The Hurricanes record in all Super Rugby matches at Westpac/Sky Stadium is played 127, won 90 (70.9%), lost 34 and drawn three. The Hurricanes have won their last three home matches in succession.

The very first Super Rugby match was played between the Hurricanes and the Blues at Palmerston North on 1 March 1996. The teams (and replacements used) were as follows:

The Hurricanes have aggregated 888 points in all matches against the Blues made up of 106 tries, 77 conversions, 67 penalties and one drop goal.

The Blues have aggregated 917 points in all matches against the Hurricanes made up of 106 tries, 74 conversions, 79 penalties and no drop goals.

Ardie Savea has been appointed captain for 2021 and he is the 19th player to receive the honour. Of his predecessors nine have won their first match in charge. Savea is the 12th forward to lead the side.

Savea will also bring up a significant milestone against the Blues. He will play his 100th match for the Hurricanes. He made his debut against the Waratahs at Wellington on 6 April 2013 as a Flanker and since then has gone on to start 83 of his 99 matches played so far. He has had 67 starts at Flanker and 16 at No 8. Savea will be the 16th player to appear in a century of matches for the Hurricanes and, for him, It will be a record 14th match against the Blues, one more than he has played against the Crusaders and the Highlanders. Along the way he has scored 21 tries: only Dane Coles with 22 has scored more by a Hurricanes forward.

Wes Goosen will also bring up a milestone. It will be his 50th Super Rugby match. However, he played against the British & Irish Lions in 2017 and this match, should he appear, will actually be his 51st for the Hurricanes.

Seven players could potentially make their debut for the Hurricanes in 2021. They are: Luke Campbell. Simon Hickey, Brayden Iose, Orbyn Leger, Ruben Love, Pepesana Patafilo and Lolagi Visinia. Julian Savea returns to the side having last played in the Semi-final match against the Crusaders at Christchurch on 28 July 2018. He scored a try. He also scored a try in his last Hurricanes outing, against the Blues.

Aisle be Back: Hurricanes v Crusaders (review and wrap)