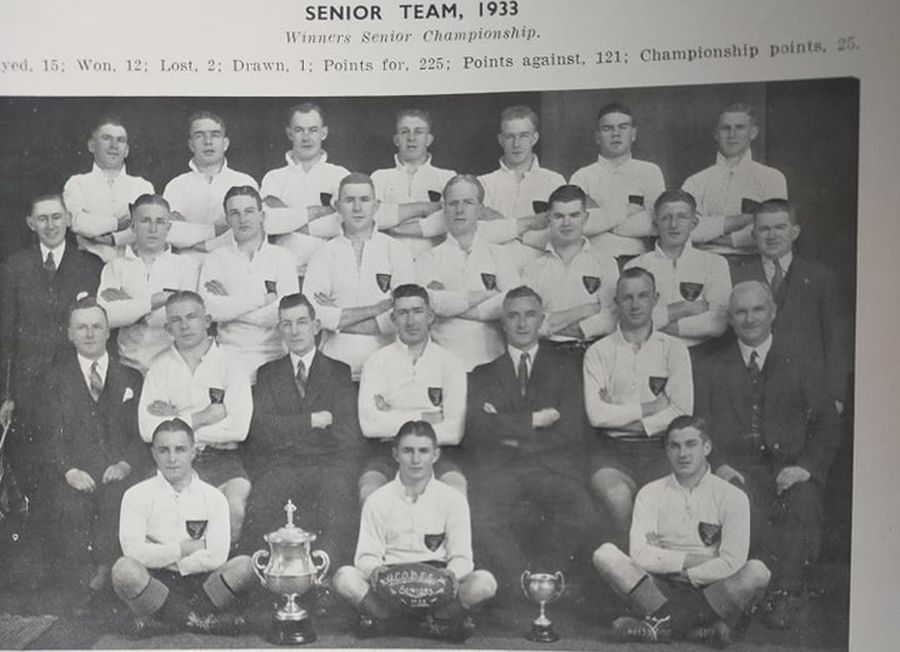 Since their inceptions in 1929 (Jubilee Cup) and 1969 (Swindale Shield) the two major trophies in Wellington club rugby have been contested a combined 144 occasions.

Since 1969 when the two competitions have been running together as first round (Swindale Shield) and second round (Jubilee Cup) supremacy, clubs have ‘done the double’ – winning the Swindale Shield and the Jubilee Cup in the same season – on 21 occasions in 52 years.

The clubs with the most Swindale and Jubilee titles (combined) are Petone with 33, Marist St Pat’s with 28, Norths with 12 and the Wellington Axemen with 10. See the table below for the full list:

*Club no longer in existence or since merged with another club(s).

All numbers above include shared titles.

Of the current Premier clubs in Wellington club rugby, Paremata-Plimmerton, the Upper Hutt Rams (since amalgamation with Rimutaka in 2014) and Wainuiomata have yet to win a title.

There have been five clubs to have one title only. A closer look at these ‘single season’ titles is below, including an instance of this twice in one year.

Following the death of the club’s President since inception in 1898 J.P. Firth in 1931, Wellington College Old Boys were battling mid-table in 1932 when given a significant boost by the arrival of new coach Alex McDonald part-way through the season. 1905 Original All Black McDonald immediately turned their fortunes around and they went on a giant killing run throughout the second round that year and didn’t drop a game. They picked off where they left off in 1933, winning 12, drawing 1 and losing 2 of 15 Senior Championship games played and were crowned champions. The team was captained by Jack Lamason, one of four Wellington representatives in 1933. WCOB finished either second or third over the next four seasons but another title remained elusive in this golden period for the club. WCOB would merge with University to form Harlequins, later Old Boys University, in 1992.

Formed in 1926, the St Pat’s Old Boys club was a junior club for the first 15 years of its life, achieving senior status when the second world war began, battling for survival during this period and emerging as a powerful unit after it. Together with Marist Brothers Old Boys, the two clubs that would later merge to form Marist St Pat’s won the Jubilee Cup in 1948, 1949 and 1950. St Pat’s Old Boys won the second of these in 1949, sharing the title with Petone. St Pat’s OB had their chances to win outright that year, for example a 6-8 loss to WCOB in early July after conceding a last-gasp penalty. Both St Pat’s and Petone jointly won the Jubilee Cup on the last day of the season when St Pat’s beat previous leaders Marist 20-6 and Petone beat WCOB 6-3. Wellington representative lock Harry Avery was captain and fullback Des O’Connell was selected in the All Blacks that same year.

The year of two first time  – and to date for these clubs – only time winners.

Johnsonville teams of the mid to late 1990s were based around big packs and strong directional and kicking play of the inside backs that made Helston Park a tough place to visit. The club were deserved winners of the Swindale Shield as a leading contender from the start of the season and surging to the top of the standings by mid-May after beating Tawa 32-18.

On the same weekend as Johnsonville’s decisive win over Tawa, Wests ended Petone’s run of eight wins with a 16-5 win. They subsequently came into their own in the second round, clubbing Tawa 61-8 and beating Petone again 31-20 in two notable wins, with young loose forward Rodney So’oialo scoring two tries off the bench in the Petone game. They escaped with a 9-9 draw by MSP with first-five Scott Leighton kicking an injury time penalty, but beat Norths 33-5 in their semi-final and then smoked Tawa 53-21 at the final at the Petone Rec with the outside backs scoring all eight tries in the decider.

The most recent club to have won a major title for the first time, over a century after forerunners Oriental tasted championship success (pre Jubilee Cup era). For years Ories had played second fiddle to their more illustrious near-neighbours Poneke, Wellington and Marist St Pat’s. This all changed in 2011, when, after finishing second to Northern United in the first round Swindale Shield, Ories played through the entire second round unbeaten and blitzed Norths in spectacular fashion in the final at the Petone Recreation Ground in the ‘weather bomb’ final. Trailing by 3-13 after 25 minutes Ories unleashed a scoring burst that put them up 33-13 after 50 minutes with four tries. The final score was 40-18. Fielding a big pack, hard running loose forwards, electric backs and under the captaincy of Irish prop Donal McNamara, they were on fire. Prior to the final, significant scalps included Petone (49-23), MSP (31-6), Norths (32-30), Poneke (23-19) and HOBM in their semi-final (18-15).

Action from the 2011 Jubilee Cup title, where Ories won its sole Swindale/Jubilee title to date against Norths who have won 12.