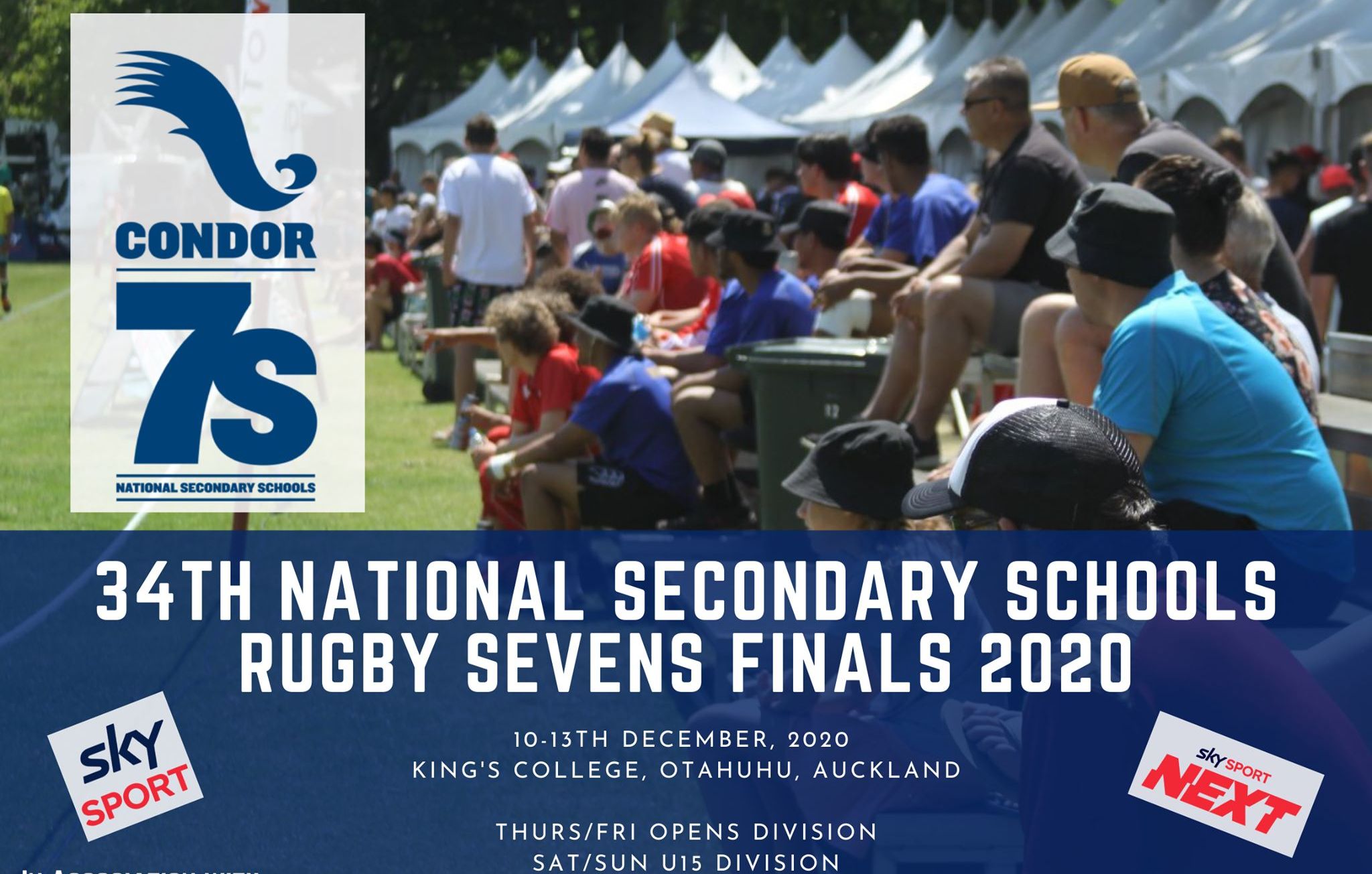 This week sees the final act of the rugby season, with college Condor Sevens taking place once again at Auckland’s King’s College.

This year seven Wellington teams will venture north, with a twist on this year’s event. Owing to its place on the schedule and with other events on, the Open tournament is first on Thursday and Friday, followed by the U15s over the weekend.

Stream and Town qualified automatically from the regional event held on Labour Day, while Scots gained a reprieve through being invited to take the place of a team that has opted not to travel.

Club Rugby has long-argued that Wellington is deserving of three places at the Nationals, and good performances from all three will go some way to proving that. Owing to the field being less than full, there’s some differences to the regular draw. but everyone is looking to end the five-year reign of the Hamilton Boys’ High School powerhouse.

Silverstream are drawn in Pool D with (in order to play) Whanganui Collegiate, Wesley College, Westlake Boys, and Mt Albert Grammar, and much will depend on their trio of Riley Higgins, Mitch Southall, and the physical Peter Lakai. Town will lean on their leader Khya Wilson along with the aerial prowess of Rory Woods and the enthusiasm of youngster Francis Mettrick as they navigate a tough Pool B containing perennial contender Rotorua Boys who they face first up, then hosts King’s, Marlborough Boys, and finally St Peters, Cambridge in their first day slate.

Scots are drawn in Pool A where they’ll face Palmerston North Boys first, followed by a bye before tackling Hamilton, before ending their day with matches against Kerikeri HS and Whangamata. Sione Halalilo, Oryaan Kalalo, Dom Ropeti, and NZ Schools League rep Maea Tema-Schmidt will headline their efforts.

As normal, both Girls finalists head north. The tournament is old hat now for St Mary’s with the former winners drawn in Pool A alongside Manurewa HS, defending champions Howick College, Sacred Heart Hamilton, and Whanganui HS, with CSW Girls Player of the Year Valini Vaka, Drenna Falaniko, and Tara Campbell shaping as their star players.

It’s very different for debutants Sacred Heart who will make their tournament bow and they’ll look to Hosanna Aumua to make the sort of impact her brother Asafo did a few years ago alongside the trio of Kiera Smith, Eileen Pou, and Tayla-Kei Rahui-Laulau in Pool B with New Plymouth Girls, regular contenders Hamilton Girls and Southland Girls, and Mt Albert Grammar.

On a family note, St Marys’ Campbell will be joined by younger brother Ietitaia who is in the Scots senior squad.

In the weekend’s U15 tournament Wellington will be represented in the Boys section by St Pat’s Town who were deserving winners at the Regional tournament, with their counterparts St Mary’s fronting in the Girls tournament for the first time.