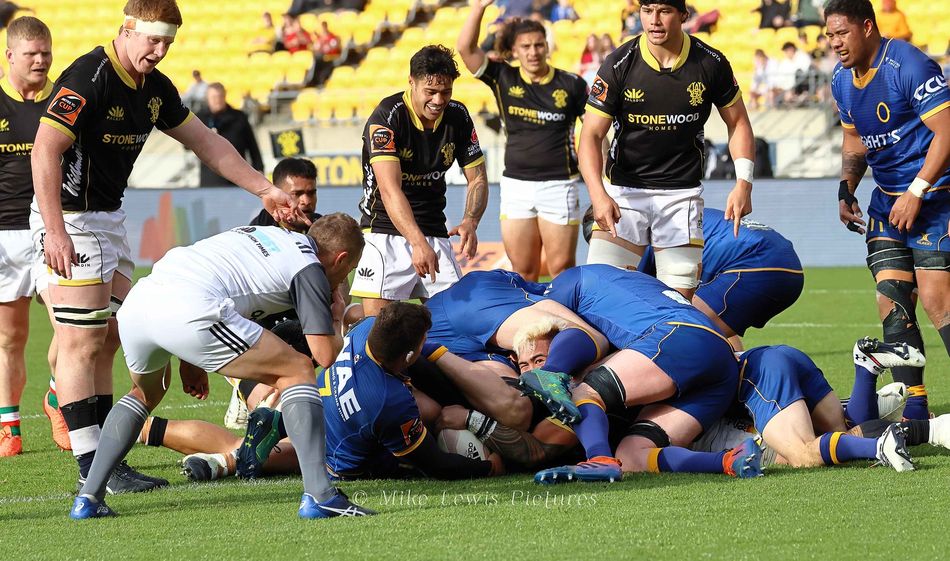 UPDATED: The fifteens season is over, but resumes early in the New Year when the Super Rugby teams embark on their pre-season programmes.

The representative sevens season is all but over, just this coming weekend’s Condor Sevens in Auckland to come. We will preview this from a Wellington schools perspective in a couple of days.

The made for TV Ignite Sevens event was played this past weekend, with the Bolt teams taking out both Men’s and Women’s tournaments.

Possible Village Kings 7s/10s tournament this coming weekend, but as of time of publication on Monday nothing confirmed and no news of this online. There is an unknown sevens tournament scheduled for Evans Bay Park this coming Saturday, so perhaps this is it?

Hooker Ash Dixon (Ngāti Tahinga) is surely a likely winner of the Tom French Cup for Maori Player of the Year in 2020. A try scorer in the Maori’s 28-21 victory over Moana Pasifika on Saturday, the Highlanders, Maori All Blacks and Hawke’s Bay captain has been simply outstanding, joining a select group of 68 players to make 250 first class appearances.  His real value was best illustrated for Hawke’s Bay who won the Mitre 10 Cup championship. He scored 10 tries, the most by a forward and second overall. Furthermore, the Magpies lineout was 10 percent more accurate than Premiership finalists Tasman and Auckland.

The record for the most first-class games without being an All Black is 270 by former Poneke first-five David Howell.

Stacey Fluhler would be another contender for Maori player of the year. In the shortened 2019-20 World Series she was the leading try scorer, being selected in four out of five Dream Teams and picking up two Impact Players of the Tournament titles. She bagged two tries in the 2019 Dubai Sevens final which New Zealand won 17-14 against Canada.  On January 26, 2020 in Hamilton she was the player of the final as New Zealand won a World Series title on home soil for the first time. A week later in the Sydney Sevens she scored four tries in the semi-final alone as New Zealand extended their win streak to 24 successive matches. She also played a starring role in Waikato’s run to the Farah Palmer Cup final. She scored eight tries in seven games as the Mooloos enjoyed their best ever season. Topping the competitive North division with rare wins against Auckland and Counties Manukau was followed by a heart-breaking 8-7 extra time loss to Canterbury in the decider.

The Poneke Colts‘ new Head Coach for the 2021 season is Hurricane #1 Inoke Afeaki:

The Super Rugby squads were named last week with 193 players signed but only 26 new caps compared with 46 in 2019.

Tom Vinicomb from Rugby Pass offered a thorough and compelling analysis of the squads: https://www.rugbypass.com/news/super-rugby-2021-the-hapless-men-who-missed-out-on-contracts-and-the-players-who-might-be-counting-their-lucky-stars/

There will be 13 sets of brothers across the five squads, but only three sets play for the same team – Lachlan and Kaylum Boshier (Chiefs), Ardie and Julian Savea (Hurricanes), and Akira and Rieko Ioane (Blues).

Bryn Evans is back in Super Rugby for the first time since 2009 aged 36.

The oldest player to have played Super Rugby is former Wallabies lock Joshua Mann-Rea who was 39 years, 61 days old while playing for the Brumbies.

Which other players have been left out here:

Australia have had three draws this season which is more than any other time in their history. The Wallabies drew twice with South Africa 23-23 and 27-27 in 2017.

Incredible test between England and France to decide the Autumn Nations Cup. Despite missing 25 leading players due to a contractual situation with Top 14 clubs, France pushed England to extra time eventually losing 22-19 in the 95th minute following an Owen Farrell penalty. The French side contanited just 68 caps to the hosts’ 772. English prop Luke-Cowan Dickie of Exter scored with 29 seconds left in regulation time to force the game into extra time. He has six tries in 25 tests. It’s the first time England have played extra time since winning the 2003 World Cup. Outside of the World Cup it’s the first Tier I rugby international to be decided in golden point extra time.

Owen Farrell became the sixth player to score 1000 points in test rugby from England against France. The other players to reach the landmark are Daniel Carter (1598), Johnny Wilkinson (1246), Neil Jenkins (1090), Ronan O’ Gara (1083) and Diego Dominguez (1010). Carter and O’Gara scored all their points for New Zealand and Ireland respectively. Dominguez scored 27 points for Argentina with the rest British and Irish Lions players.

England have won eight tests in a row and 47 of 59 under Eddie Jones.

In the nick of Trei – Mu on his miracle match winner