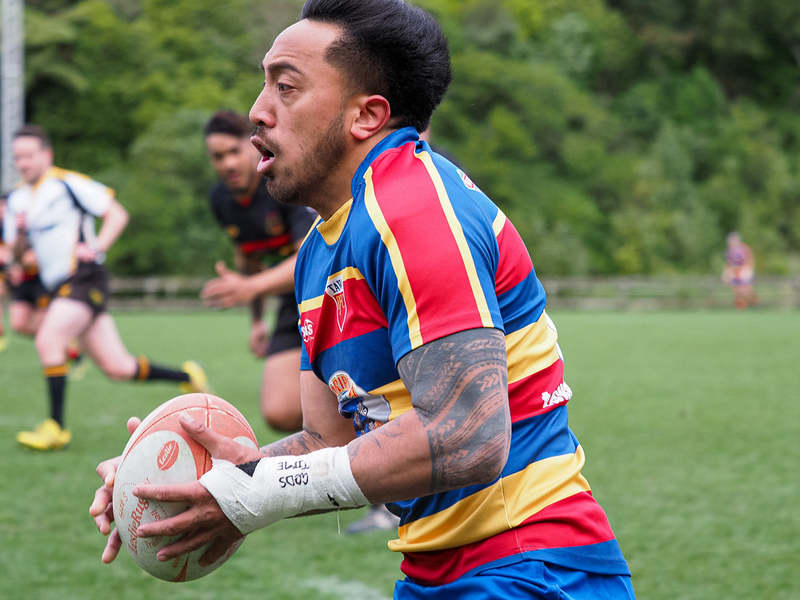 Tawa outside back and Wellington Lion Pepesana Patafilo has joined the Hurricanes for 2021.

Patafilo and Hawke’s Bay wing Lolagi Visinia have filled up the final two spots for next year.

Patafilo, joined Tawa in 2015 and scored a try on Premier club rugby debut in a 70-15 win over Paramata-Plimmerton at the start of that season. He captained the Wellington U19s in 2015 and was a Jubilee Cup winner in 2016, scoring a try in Tawa’s 24-20 win over Marist St Pat’s in that year’s final.

He has played most of his school and club rugby at centre but appears on the wing in representative rugby. He can’t wait for his chance to wear the Hurricanes jersey.

“Being in the environment and growing my game at that next level is something I’m really looking forward to. I would love to wear that Hurricanes jersey and get a debut, keep putting my best foot forward and hopefully will be given the opportunity to express myself.”

“My partner and I shed a few happy tears when I told her, she’s been there with me through it all, so it was nice to tell her the good news.”

The Hurricanes will have plenty of experience among the ranks, including All Blacks Dane Coles, Tyrel Lomax, Asafo Aumua, Peter Umaga-Jensen, Ardie Savea, Jordie Barrett and Ngani Laumape.

Julian Savea also makes his return to the side, following his return from France and a stand-out season for the Wellington Lions.

The 2021 squad will officially assemble on January 7, leaving them around five weeks to prepare for the first pre-season fixture.

Meanwhile, Old Boys University lock – and another Wellington College old boy – Taine Plumtree – has been selected in the Blues for 2021.

Hutt Old Boys Marist outside back Chase Tiatia has transferred from the Hurricanes to the Chiefs.

Below: Former Highlander Shaun Treeby makes the break and newly minted Hurricane Pepesana Patafilo (13) scores the try in the corner of dreams at Porirua Park in 2016 in Tawa’s 26-13 first round win over home team Norths.

Below: Pepesana Patafilo playing for Wellington College in the First XV final in 2013, flanked by teammates Wes Goosen and Kemara Hauiti-Parapara, with Dan Schrijvers behind this pair watching on.