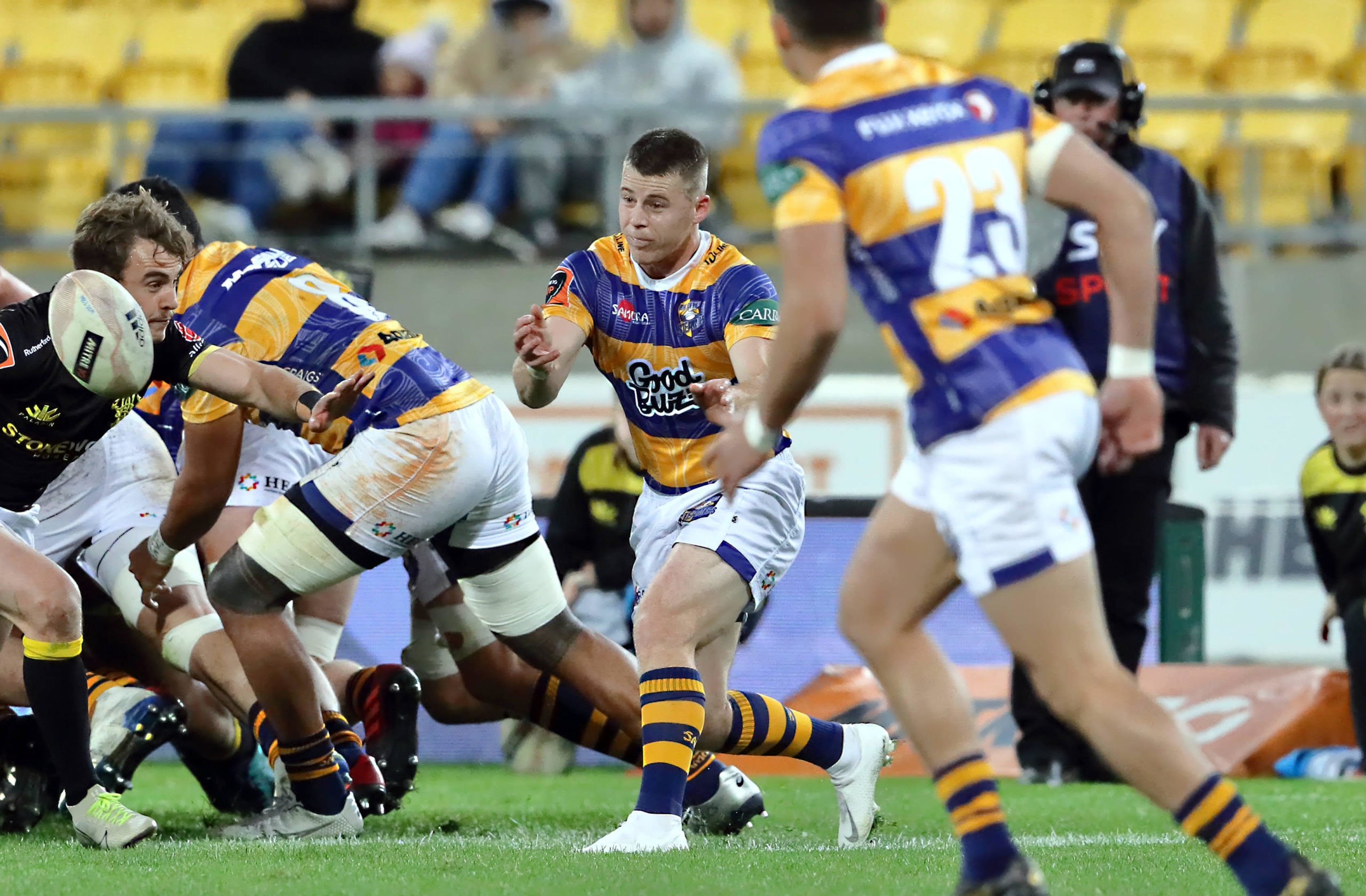 Former Wellington College, Wellington U19s and Old Boys University halfback is joining the Hurricanes in 2021, from Bay of Plenty where he has been based for the past four years.

Campbell says to achieve the goal with his hometown team is a surreal feeling.

“It’s hard to describe how it feels, but it really is a dream come true. The decision was an easy one, being from Wellington I grew up supporting this team and always wanted an opportunity to be a part of it,”

“It all happened pretty quickly; Jason Holland called me a few weeks ago to get my thoughts on potentially moving back home and a week later he called to offer me the spot and I didn’t hesitate to take it.”

With co-captain TJ Perenara bowing out of Super Rugby for 2021 to take up a contract in Japan, Campbell’s signing adds another halfback option to the mix alongside Jonathan Taumateine and Jamie Booth who aims to return from injury in the latter half of the season.

Hurricanes head coach, Jason Holland, is excited about the new talent feeding into the squad.

“Luke has impressed as a quality 9 with all the skills required for Super Rugby.  His consistency of pass and kick will be vital to how we want to play the game.”

Campbell says breaking the news to his family and friends that he was coming home was special and full of emotion and he’s hoping to make the most of his chance.

“I’m really looking forward to the opportunity to become a Hurricane and to step up to the next level and test myself against the best in the country. I’m also looking forward to moving back home, linking up with some old teammates from school and grade footy including James Blackwell, Wes Goosen and Jackson Garden-Bachop and to represent my family and friends.

In 2013 we profiled Luke Campbell as part of our then WRFU Academy series – see below.

Old Boys University halfback Luke Campbell is one of several young guns playing Premier rugby this season. Out of Wellington College last year, along with OBU teammate hooker Zeke Sopoaga, Campbell is a member of the WRFU Academy and has a promising rugby future in front of him. On Saturday against Tawa (pictured above) his battle with one of the competition’s best halfbacks, 38-Test veteran for Samoa Steven So’oialo, was great to watch. Until he was subbed late in the second half, Campbell tore into everything and despite his smaller size wasn’t afraid of the physical stuff.

Premier debut: Versus MSP, Round One 2013

First rugby club/team played for as a junior: The Wests Roosters (U9 Blue).

Earliest rugby memory: Scoring a runaway try against our big rivals Johnsonville in my first game.

Favourite rugby player: [Former Hurricane] Lome Fa’atau, for his speed and perfect chip and chase. Aaron Cruden – I admire his fight against testicular cancer and what he now gives back to the community as well as his rugby.

Favourite ?ground to play on: Wellington College No. 1.

What I like about training: Switched on team runs with few mistakes and high intensity that leaves the team feeling good for Saturday.

Hobbies outside of rugby: Watching most sports, and spending time with my friends.

Best and worst subjects at school: Best were P.E and maths. Worst were chemistry and physics.

Outside of rugby: I am studying for a Bachelor of Health Science at Massey University.

Favourite TV show and music I listen to: on the box: Vampire diaries .in the ear: RnB, pop, boy bands.

My signature dish is: Mum cooks the meals and I wouldn’t want to get in the way.

Best piece of advice from my parents: Be the best you can be and be happy with the life I live.

One of several ex-Wellington players in Bay of Plenty’s playing and coaching staff, Campbell made the move north to Steamers country at the start of this season.

In July he was named as one of fourteen new players in the initial 37-man Steamers squad for the competition, which starts for BoP in Tauranga on Saturday against Taranaki with Luke in line to make his maiden NPC appearance off the bench.

“The boys are pretty pumped, everyone’s in a positive mood after we trained hard for a good six-week block,” he said.

The Steamers have had two pre-season wins as well. “It was good to beat Northland and then Auckland and reinforce that positive vibe within the group. We had a strong win over Northland [49-26], which gave us confidence in meeting Auckland and we won that by a point in the last play [22-21].”

Luke explained that his move north was partly instigated by Steamers Head Coach and former Wellington U19 coach Clayton McMillan. “He asked me if I would be happy to make the trip up and the opportunity was a great one to pursue. Also the decision was made easier with a few other people being here who I knew like the group of other players from Wellington and former New Zealand U20 training squad mate Dan Hollinshead.”