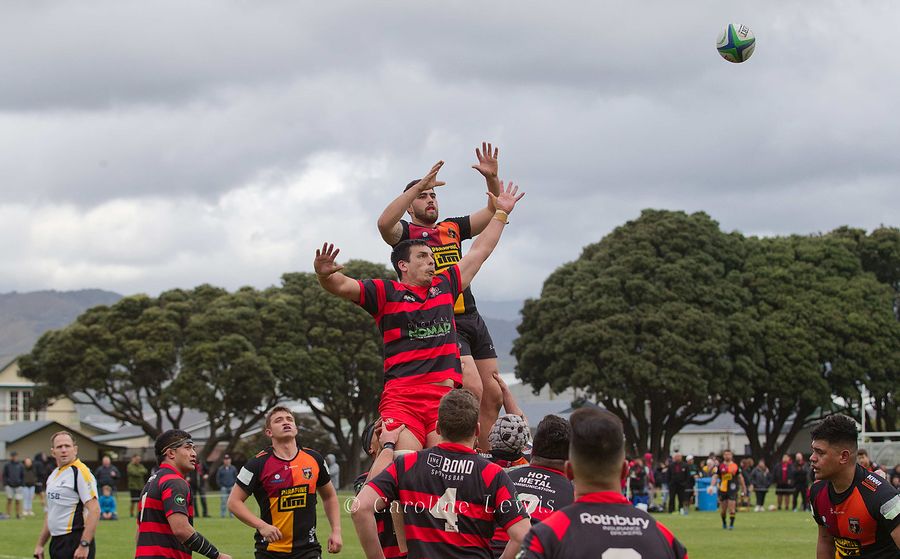 Above: Two months on from club rugby Finals Day, but only three months before pre-season is in full swing!

The 15s rugby season is just about over in New Zealand, with just this coming weekend’s match between the Maori All Blacks and Moana Pasifika  in Auckland to come.

Some sevens tournaments coming up, including the school Condor 7s in Auckland from 10-13 December, and then break time for a few weeks to see out this crazy year.

Hawke’s Bay have been in 14 finals and achieved a 7-7 record in these. Their first win was 33-18 against Bay of Plenty as the Central Vikings in 1997. The late Jarrod Cunningham scored 20 points. Their biggest win in a final was 57-14 against Nelson Bays in 2003. Their first win in the current Championship format was in the inaugural season when they beat Manawatu 35-30 in 2011. The Magpies have won the championship three times.

Mark Ozich (one game for Counties in 2002) is one of the more promising coaches in New Zealand Rugby. He guided Hastings Boys’ High School to the National Top Four First XV title in 2017. He graduated to the Hawke’s Bay Magpies in 2018 and they finished 2020 with the Ranfurly Shield and Championship title.

Scott Scrafton played the most minutes, won the most lineouts and made the most tackles for Auckland in the Mitre10 Cup. He will re-join the Hurricanes in 2021.

The NPC Premiership was the most competitive ever with only nine points separating first and last on the standings. Each of the seven teams won at least five games and relegated North Harbour’s total of 27 points was 12 points above the average for a regulated side which is 15. The previous highest number of points to be relegated was 20 by Southland in 2011. In 2014 Wellington scored a measly seven points, the worst performance by any province. Furthermore North Harbour first-five Bryn Gatland was the leading points scorer with 119.

Tasman won their first three games by an average of 22 points to extend a winning streak from 2019 to 15 matches. In their next nine matches their average score was 21-18.

There were 496 tries scored in 76 Mitre 10 Cup matches this year which is a reduction of 67 from the previous season and the least number of tries scored since 2013 when there were 434 tries.

Tasman reversed a 31-10 loss to Auckland in the round robin to claim the Premiership. The other round robin results to have flipped in the final have been.

Salesi Rayasi looks like an awkward job interview when he kicks the ball. He finished the season with 14 tries. Top try and points scorers below. Full 2020 results and standings HERE

Auckland are the first team since Waikato in 2011 not to score a try in a Premiership NPC final. On November 3, 2011, Canterbury beat Waikato 12-3 in Hamilton. Canterbury didn’t score either in that game. Tom Taylor kicked four penalties.

Tasman centre Fetuli Paea was denied a try in the final for dropping the ball over the line but why was there no question raised about the no arms tackle by Harry Plummer?

The crowd was 13,131 for the final – well below the 22,000 who came to Eden Park two years ago when Auckland played Canterbury in the final, a game that was also free entry for spectators.

German Anton Segner is an unlikely Premiership winner but is he the most unlikely German to reside in Nelson? Perhaps not. In 1972 Courtney Love was expelled from Nelson Girls’ College for misbehaviour.

After Beervana the Basin won’t be ready for OBU until 2022.

For the first time in 31 tests and 35 years the All Blacks held the Pumas to zero.

Argentina made 10 changes from the side that beat the All Blacks in Parramatta. One might suggest they fell victim to cocky selections.

How long before Will Jordan is a starting All Black? Two cracking tries and nearly a third finally blew Argentina away.

Ridge Studd underwent successful surgery on Tuesday to repair his damaged eye. However, he won’t work for the rest of the year and remains at home resting. The judiciary case addressing the Petone v MSP brawl started last Wednesday night with an outcome pending.

When the NPC Division 1/Premiership champion has lost their round-robin game to the other finalist but reversed that result in the decider:

Isaac Ross won a final for Tasman aged 36. Who is the oldest player to win a NPC final. Morgan Waitoa, who was 39 when East Coast won the 1999 third division final, might have a claim on that record. Waitoa played a record 115 games for East Coast making his debut in 1979 and coming on as substitute in a game while coach aged 46 in 2006.

David Havili had only taken one kick at goal before the Premiership final and that was a miss from 62-metres. His late 45-metre penalty goal and decision to take a lineout instead of a shot in first-half extra time won the Makos the match. Havilli has kicked 21 goals from 29 attempts in his first class career.

Tasman try scorer Quentin McDonald is a serious nomad journeyman. The 32-year old’s resume includes spells with the Blues, Chiefs, Crusaders, Munster, Yonnax, the Maori All Blacks and 78 games for Tasman between 2007 and 2015. Has there ever been a rugby team with two blokes named Quentin? How strange. Quentin is a French male name from the Latin first name Quintinus, that means “the fifth.” How fitting one wears number five. The most famous Quentin would be the American film director Quentin Tarantino.

Nigel Owens refereed his 100th test match in Paris when France played Italy and won 36-5. The occasion was marked by the presentation to him of an inscribed golden whistle. Owens is the first referee to officiate a century of tests. The previous record holder was Jonathan Kaplan from South Africa who refereed 71 tests. Owens’ first test match was in 2003 when Portugal and Georgia clashed in Lisbon. A career highlight was the 2015 World Cup final appointment. He has shown 60 yellow and seven red cards in his career and controlled 25 All Blacks tests with New Zealand winning 21 times.

When are the Wellington Lions end of season awards? Who would be your Player of the Year and your Rookie of the Year?

R.I.P Christophe Dominici. His try in the 1999 World Cup semi-final running towards us behind the in-goal was a tough watch. Still is!

A fitting tribute from the All Blacks to Argentina before Saturday’s haka by presenting the Pumas with a special All Blacks jersey commemorating the passing of football legend Diego Maradona, who passed away last week.

Maradona was one of those rare people who transcended sport to become societal, cultural or political icons for their country and the world, in the same group as others such as Muhammed Ali, Tiger Woods, Michael Jordan, Jackie Robinson, Pele, Wayne Gretzky, Billie Jean King, Jesse Owens, Imran Khan, Tony Hawk, Don Bradman, Sachin Tendulkar and Jonah Lomu.

Should sport and politics mix?

Before the start of play, New Zealand and West Indies' players took a knee in support of #BlackLivesMatter #NZvWI pic.twitter.com/EcJeEU2mbL

Test rugby is the premier level of the sport. To be capped just once is some feat, let alone 100.

There are some who enter the international arena and become mainstays in the first team for years on end, taking up iconic positions in the squad, amongst the fans and rugby as a sport.

Some of those select few in international men’s rugby’s all-time most capped 23 in this article on the World Rugby website. READ MORE HERE

This column is winding down for the year, but will return early in 2021. Always looking for news, events, happenings, statistics and rugby information to include. We could extend this to include a mid-week edition as well as the Monday post.  To become an occasional, semi-regular or regular contributor please get in touch. Best contact is by email on editor@clubrugby.co.nz or message us through social media channels.

Sharp Axe: Burchett is back