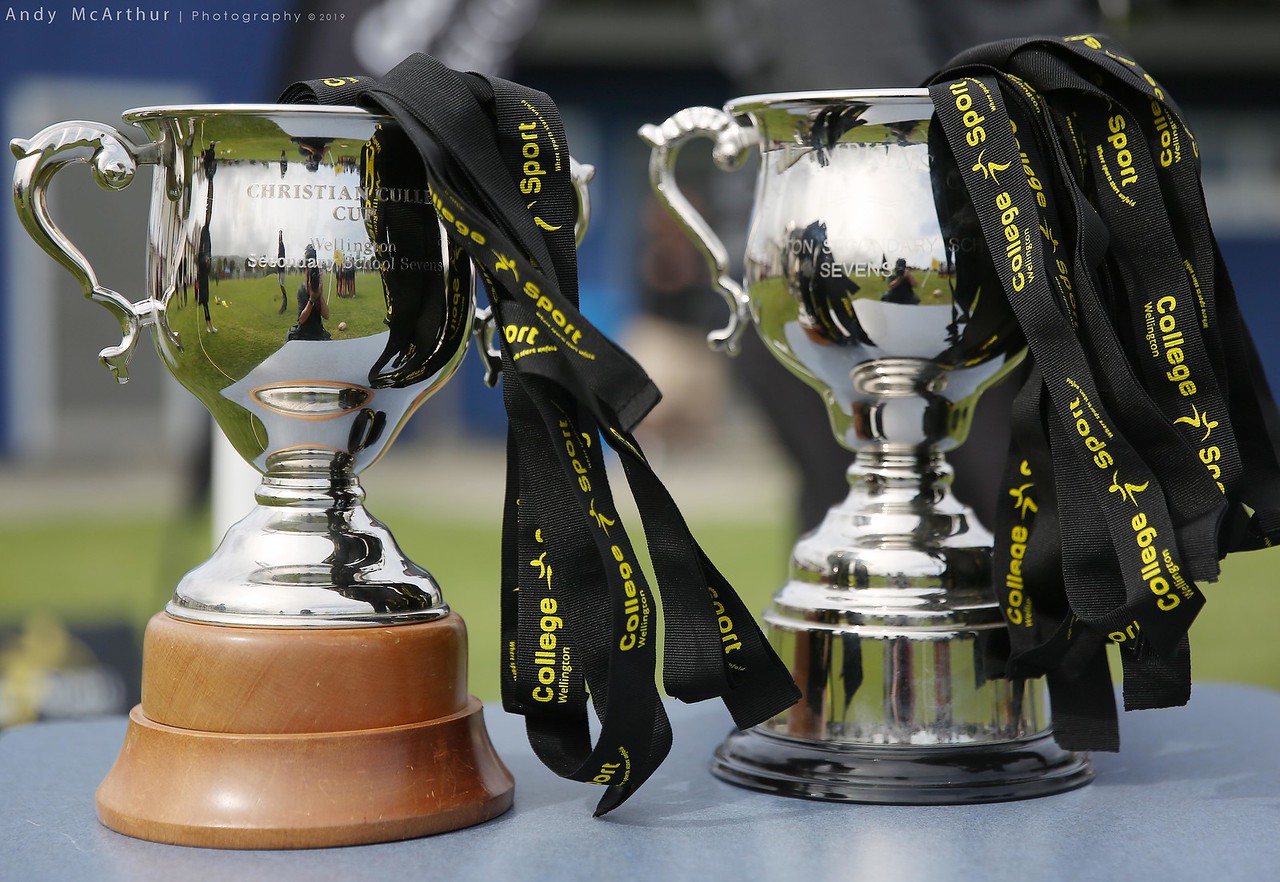 Can anyone stop Scots doing the double again and St Mary’s from doing the same?  Those questions will be answered when the College Wellington Condor Sevens takes place in its traditional Labour Day Monday date at its regular venue, Lower Hutt’s Naenae College.

33 teams will front, the biggest field in the event’s history. Twelve will contest the Open Boys and eight in the Open Girls where two teams from each will advance to the Nationals in Auckland in early December, and alongside them are nine Under 15 Boys teams, and four Under 15 Girls teams with the latter section making its debut in Wellington.

In the Open Boys, Scots College will be looking to add another Christian Cullen Cup to their lengthy record of success in this event. They’ll face the usual challengers in St Pats Town and Rongotai, as well as Silverstream who return after skipping this last year. Aotea – who were semi-finalists last year – and Wellington College – curious underachievers in this format and also back after missing last year – would appear to be the dark horses. The field is filled out by Premier 2 schools Wainuiomata and debutants Paraparaumu, Premier 3 duo Taita and Bishop Viard, and Premier 4 side Newlands. The final side is a second team from Scots, who are ineligible to progress to the Cup section.

The Open Girls has been dominated in recent years by St Mary’s, and that seems set to continue this year. Their lengthy run of wins was broken last year when Queen Margaret beat them in pool play though they overturned that in the final to claim the Kat Whata-Simpkins Trophy once again. QMC aren’t returning, leaving the job of denying St Mary’s to Premier 2 winners Sacred Heart and Wainuiomata, who were the only side to push the champions during the season. Aotea and returnees Wellington Girls and St Catherine’s are also in the field, together with a second team from St Mary’s and the debut of a team from previously boys-only Scots College.

After being run as a separate event since its inception, the Under 15 Boys joined the main day last year and produced some of the best rugby on show where the finalists were only found after the final round of matches and the decider was a pulsating clash between Scots and Town with the former prevailing. This year the number of entrants has nearly doubled, with four of last year’s five teams – Scots, Town, Mana, and Silverstream – back and joined this time around by Rongotai, St Bernard’s, Aotea, Hutt Valley, and Bishop Viard.

Finally, making their debut are the Under 15 Girls with four teams fronting. St Mary’s should be the red-hot favourites, but Wellington East, Mana, and Upper Hutt will all have claims that they’ll look to stake.

Pool play gets underway at 9am with playoffs getting underway from 1pm. The U15 Girls final is timed for 3pm, with the Under 15 Boys leading off the remaining three from 4pm.

All Blacks hooker Asafo Aumua cutting free in the 2015 Condor Sevens at Naenae College in 2015: