Skip to content
You are here
Home > News in briefs > Aisle be Back: All Blacks on to Australia 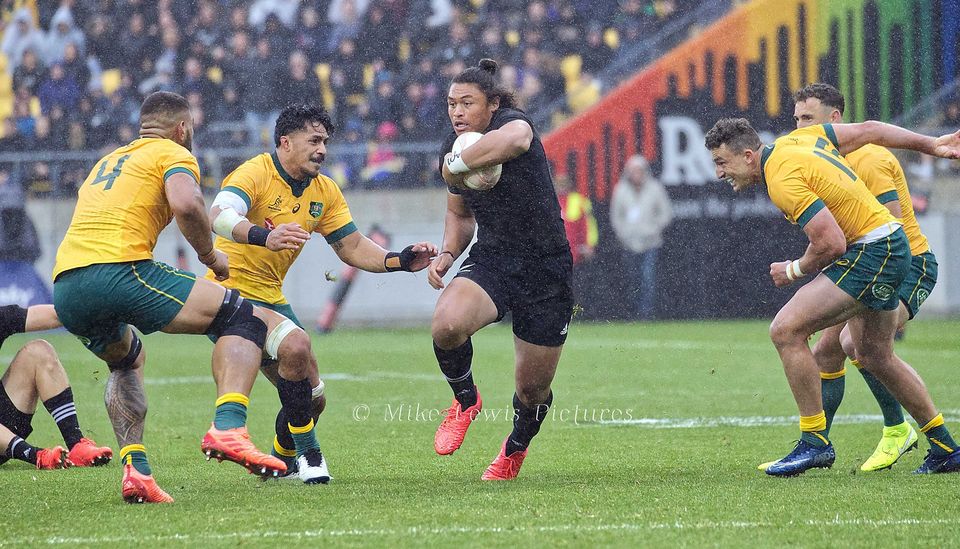 I am sure the Aussies coined the phrase of one day a rooster, the next a feather duster.

So, the Wallabies got served on Eden Park and little surprise there.

We might know a bit more after four more tests, but this will for another season or so at least remain a work in progress – particularly in the forwards.

The All Blacks may have made a better fist of the upfront exchanges on Sunday yet will hardly strike fear into the Boks or the English.

Nice to see we are back in the cycle of silly stories that media have to engage in in between actual games.

You know what I mean – Campo says something dumb, gets shown up, everyone laughs. Another scribe calls the Aussies soft, and everyone nods wisely. Then every man and his dog claims to have seen the second coming of Jonah Lomu in Caleb Clarke.

An awesome full debut for the young star of course, but not much in his pinball, stepping, tackle busting runs actually resembled Jonah – who was more of the straight-line missile kind of guy.

More accurately, he is so far turning heads in the style of Jonah, and nothing wrong with that.

But don’t burden him with the Next XX label. The original found that hard enough to live with.

I caught up with the Sky channel before Bled II which tracks one player during the test. The one I part-watched was on Ardie Savea from the first encounter. I zeroed in on the last hectic 10 minutes.

It is certainly an eye-opener to watch a loose forward at work. A lot of slow-motion realignment and intense ball watching, punctuated  by sudden interventions and high-speed bursts – then back to the watching and waiting.

It looks mentally exhausting besides the physical toll. Ardie often looks like he’s in fair bit of pain after at that stage 80 minutes, but in one swoop, a trademark steal in the ruck, he turns the test when the Wallabies are awfully close to scoring.

The play suddenly moves up field with the All Blacks in possession, leaving exposed by the tide, Ardie who is cramping badly on the ground. A second or two however and he’s heading downfield to resume the same pattern in the last minutes.

The Lions shouldn’t be thinking about it, given they have a Premiership top 4 place to secure, but surely, they are looking forward to Hawke’s Bay still holding the Ranfurly Shield.

Wellington will get a crack on November 8 should Hawke’s Bay see off a struggling Manawatu this weekend.

Nowhere near a given that the Lions could win the Shield, but the log of wood seems to be doing its bit for domestic tourism and heading to as many destinations as possible.

If they do pull it off – we will have that special fan experience to anticipate. Wellington usually manage a tortured defence tenure, which eventually mercifully ends for everyone concerned.