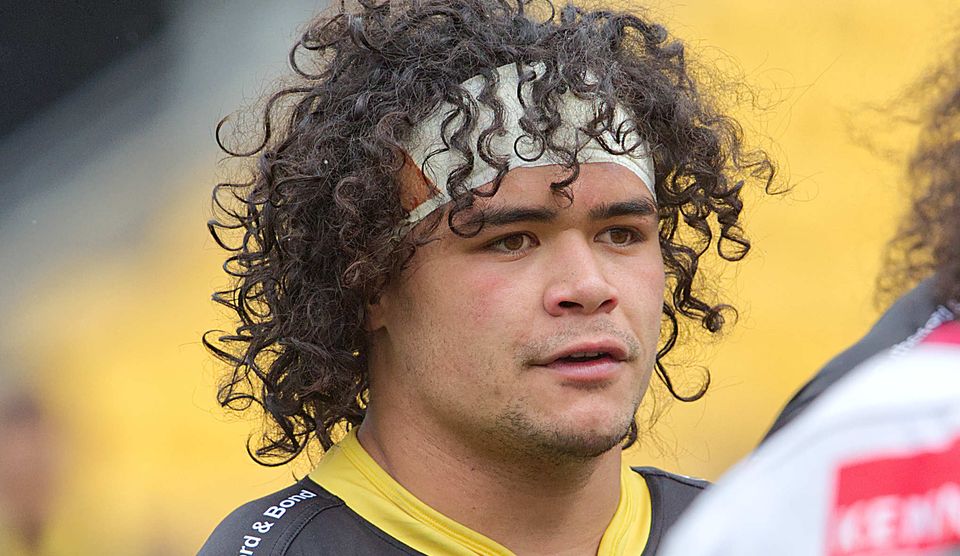 Wellington Lions captain Du’Plessis Kirifi remains the only player to have been on the field for the maximum number of minutes played in the six matches: 485 minutes. But he has now been called up to the All Blacks touring squad to Australia so this will come to an end this Sunday when the team plays Counties Manukau.

The Wellington versus Counties Manukau NPC round seven match this coming Sunday afternoon at Growers Stadium in Pukekohe sees the Lions who are third place in the Premiership take on the Steelers who are sixth in the Championship. Moreover, it takes on significance as being played for the Jonah Lomu Memorial Trophy.

One memorable try he scored against Wellington was on a wet day at Athletic Park in the mid-1990s when he received the ball his own 10-metre line in front of the Main Stand and, from a standing start, beat five Wellington defenders including Tana Umaga on his way to the tryline.

The first clash for the Jonah Lomu Memorial Trophy was in 2016, following his tragic passing in November 2015. The Lions won that encounter in Pukekohe 28-27 when Jackson Garden-Bachop landed a last minute penalty.

Last year the Lions won 29-22, despite trailing by a try at halftime and both sides scoring four tries in the match.

The two provinces met for the first time in any representative match at Athletic Park in the inaugural National Provincial Championship competition in 1976. Wellington won 15-4 that day

Wellington has generally had the better of clashes since – with the exception of the late 1990s when Lomu was part of a blockbusting Steelers side.

Overall, the two teams have met 34 times, with Wellington winning 19, Counties Manukau 13 and there have been two draws.

The following was first published in a Wellington Lions match-day programme against Counties Manukau circa 201o and republished below.

Wellington and Counties (Counties-Manukau since 1996) met for the very first time in a representative match at Athletic Park in the inaugural National Provincial Championship competition in 1976. Wellington won 15-4 that day, but it was not a result that was going to be replicated too often over the next decade of matches between the two sides. In fact Counties proved a nemesis for Wellington sides up until the mid 1980s winning six and drawing one out of their next eight matches until Wellington broke the shackles and defeated them 43-19 in 1985.

Wellington’s only other win against Counties in the first ten seasons of the NPC was in 1978, prevailing 19-15, which was also the year that they won the first of their four National Provincial titles. But also that was that Counties finished second to Wellington that year, meaning that in the pre-playoff days (introduced in 1992) that win was effectively the title decider.

This was because the points system at the time awarded just two points for a win and no bonus points, and in era of no playoffs and a tied points table decided on who beat who. Additionally, there wasn’t much continuity to the season as today with games scheduled at the same times every weekend, meaning for example, that in 1978 Manawatu had played six of their championship matches before Canterbury had played one.

Wellington went on later in the season to beat Canterbury 29-7 at home – with Bernie Fraser scoring four tries – and then Hawke’s Bay 18-10 in Napier in the last round to clinch the title.

In 1979 the roles of Wellington and Counties were reversed with the South Aucklanders ending up as NPC winners, on 18 competition points and just two points clear of Wellington and Auckland who shared second place on 16 points.

Wellington and Counties had been the best two teams in the country the previous year, but this meeting at Athletic Park was somewhat strangely scheduled as the very first game of the season on Queen’s Birthday weekend. Playing with the wind, Wellington went out to an 11-0 lead, before Counties came back to win 20-15 and this time it was Wellington who finished runners-up despite winning seven of their next eight games.

Wellington’s record in NPC matches against North Harbour is played 33, won 20, lost 13 and drawn none.

Wellington made four changes to the starting XV from their previous match against Otago: two in the forwards and two in the backs.

Wellington has scored 25 points in a NPC match on nine occasions for five wins and four losses.

The last time they scored 25 points was against Hawke’s Bay at Napier in October 2015 in that year’s Final to determine which of the two sides was be promoted back into the Premiership Division. Wellington lost the match by just one point: 25-26.
Wellington has conceded 20 points in NPC matches 17 times. Interestingly they lost every one of the first eight occasions, and then drew the ninth. Since then they have won seven of their following
eight matches played.

North Harbour was 13-12 ahead at halftime and provided the ninth occasion this season where the team leading at the break eventually lost the match. This has happened to North Harbour three
times so far in 2020.

After scoring four or more tries in each of their first five matches played this year, Wellington scored just three against North Harbour. In all NPC matches Wellington has scored three tries in a match
on 86 occasions: more times than any other amount: four tries on 83 occasions is next on the list.

Wellington’s second try (of three) was their 100th to be scored against North Harbour in NPC matches. Jackson Garden-Bachop was the try scorer.
After Week 6 Wellington has scored 26 tries: only Auckland and Tasman, both with 28, have scored more.

After Week 6 Wellington has conceded 13 penalties: more than any of the other sides.

Julian Savea, appearing in his 36th match, scored his 17th try for Wellington. Brother Ardie has also played 36 times for Wellington and scored 17 tries. Furthermore, both scored a try on their
respective debut.

Ruben Love started a match for the first time, in his second appearance for Wellington.

Ben Aumua-Peseta started a match for the first time, in his fifth appearance for Wellington.

James O’Reilly appeared for the 41st time for Wellington but it was just his eighth start. However, as he also started in his previous two matches, it means he has started three in a row for the first time.
James Blackwell, Vaea Fifita, Jackson Garden-Bachop, Du’Plessis Kirifi and Billy Proctor are the only players who have started in all six matches played so far by Wellington. Of the five, Proctor is
the only one to have started in more than one position: three times at Fullback and three times at Centre.

Billy Proctor’s try in the 32nd minute is now the “latest” to be scored for Wellington in 2020 just edging Vince Aso’s try in the 31st minute against Canterbury.

Jackson Garden-Bachop appeared in his 70th match for Wellington. He has now become the most experienced player in this year’s squad, ahead of Dane Coles who has played 69 matches, has been
named in the 2020 squad, but has not taken the field as yet. Garden-Bachop also started his 50th match at First Five-eighth.

Jackson Garden-Bachop scored his first try of the season and took his points to 59, placing him in third position on the list of point scorers after six rounds in 2020.

Captain Du’Plessis Kirifi remains the only player to have been on the field for the maximum number of minutes played in the six matches: 485 minutes.

Aisle Be Back: The Rugby Championship and Bledisloe Cup