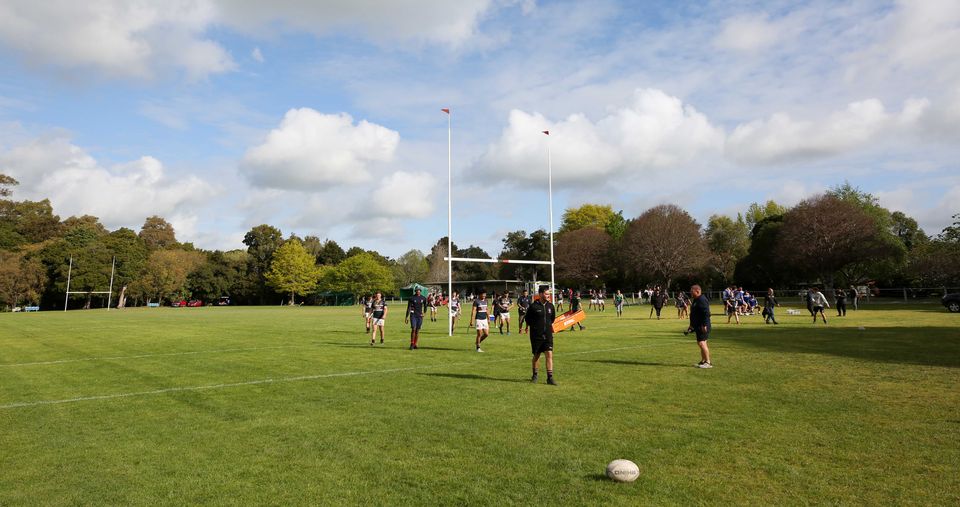 Updated #2: All Blacks halfback and Hurricanes co-captain TJ Perenara has confirmed he will miss next year’s Super Rugby season and head to Japan on a short-term playing contract.

Perenara has signed a contract with NTT DoCoMo Red Hurricanes and will link up with the club later in the year.

The NZ Schools and Barbarian Schools ‘paper’ squads have been selected.

There are seven Wellington players, these being:

A feature of the NZ Schools team is the seven Canterbury players and one from Marlborough (eight players) in the 26-player squad. This is a higher number of players than usual, reflecting the competitive Crusaders First XV Championship and also the fact that Auckland competitions were cut short midway through the season.

A 31-18 win for the Wellington Centurions U18s against the Hawke’s Bay Saracens U18s on Saturday in Napier:

Below: A mighty 3-0 win for the Avalon Wolves U85kg side over Poneke at neutral Evans Bay Park on Saturday.

A good result for the Wolves, up against a Poneke side that stacked their team with outsiders, including Premier players Matt Jacobs and Jason Love (Wainuiomata), Esi Komaisavai (Norths) and Sean Hay (Ories, who also played last week).

The U85kg semi-finals are this coming weekend, with Eastbourne and Avalon playing the winners of the other semi-finals between the Auckland University Squids and Karaka Razzlers and the Eden Lizards and Ponsonby Hustlers. Results of these two northern matches and details of the semi-finals unknown at the time of publishing.

Feilding High School beat St Pat’s Town 34-12 in the Boys Final and Manukura edged Manawatu rivals Feilding 24-21 in the Girls Final with a try on fulltime, to defend their crown.

St Pat’s Town’s 17-14 win over Hastings Boys’ High School in their semi-final was the school’s first win over them in any form of rugby ever!

A shame there was no joined up thinking ahead of this past Saturday’s school rugby. It perhaps would have been more beneficial all-round if the Centurions U18s-Saracens U18s game was scheduled on a different day and not scheduled on the same afternoon as the already locked in Hurricanes Schools 7s tournament. Yes this is an extraordinary year, but all rugby needs to work together more.

Confusion reigned at Jerry Collins Stadium in Porirua on Sunday. Wellington Pride fullback Thamsyn Newton kicked a penalty to win the match against Otago 27-24. The scoreboard clock showed 76:54 and everyone appeared confused, not for the first time with the JC scoreboard.

Wellington never trailed Otago but was outscored four tries to three and were perhaps lucky to avoid a draw. Wellington has won 14 of 23 matches against Otago with the Spirit last winning against the Pride in 2014.

That is the end of the line for 2020 for the Wellington Pride, losses to Canterbury and Manawatu ending their charge for this season. Many players will now turn their attentions to the upcoming 7s season. There are at least two WRFU 7s tournaments scheduled in November, at Onepoto Domain and Maidstone Park.

The Wellington Lions play their next match this coming Sunday against Counties Manukau (away) for the Jonah Lomu Memorial Trophy, followed by Tasman at Porirua Park the following Saturday, Hawke’s Bay on Sunday 8 November and then Manawatu at Wellington Stadium on Saturday 14 November. Then a possible semi-final.

With Greg Halford being assistant coach of both the Eastbourne Under 85 side and the Wellington Lions, is he the first (and perhaps the last) to be part of winning sides at Wellington Stadium on the same day?

Congratulations to Peter Umaga-Jensen (Wainuiomata) for making his international rugby debut on Sunday in the All Blacks Test against the Wallabies. Called up to the squad as a late replacement, Umaga-Jensen made his initial appearance in the 11th minute as a blood-bin replacement for Anton Leinert-Brown. He was later subbed into the match in the second half, only to leave the field some 10 minutes early – so an eventful debut for All Black #1189. Why does Wainuiomata High School never get a plug when Peter Umaga-Jensen is referenced in a commentary?

Waikato Women are enjoying their best ever season with six wins in a row and a first semi-final appearance.

About time Canterbury lost a game in the 90th minute. They’ve won plenty in that fashion over the years. Good on Waikato.

Since 2002 the All Blacks have been unbeaten in 25 matches at home against Australia. They have outscored the Wallabies 741 points (79 tries) to 332 (34 tries). Australia has lost 20 matches in a row against the All Blacks at Eden Park stretching back to 1986.

Move over Judith, Crusher Clarke is in the house.

The All Blacks actually lost their last afternoon test in New Zealand against Australia in 2001. That game was in Dunedin and the score was 23-15. Jonah Lomu scored a try in his 50th test.

Why are the All Blacks still taking 46 players to Australia for the Rugby Championship with South Africa out? Surely some fringe players can be included in the NPC.

Below: Barrie the Butcher was an enthusiastic, albeit silent, mascot in Wanganui’s only home game of the year on Saturday. The tools of his trade are very real, so too bad if Barrie had an unhinged moment or accidently swung his cleaver with a ball boy or AR in his arc.

This team is ‘thin’ this year, so not posted as a standalone article as in past seasons!

A few too many halfbacks and not enough outside backs in the squad, and some excess props (three others in the wider training group, Tolu Fahamokioa (Waikato/Tawa/Johnsonville), Tietie Tuimauga (Manawatu/Johnsonville) and Donald Brighouse (Taranaki/Marist St Pat’s).

Still a useful side below:

Have we missed anyone – let us know and we can make some late changes!