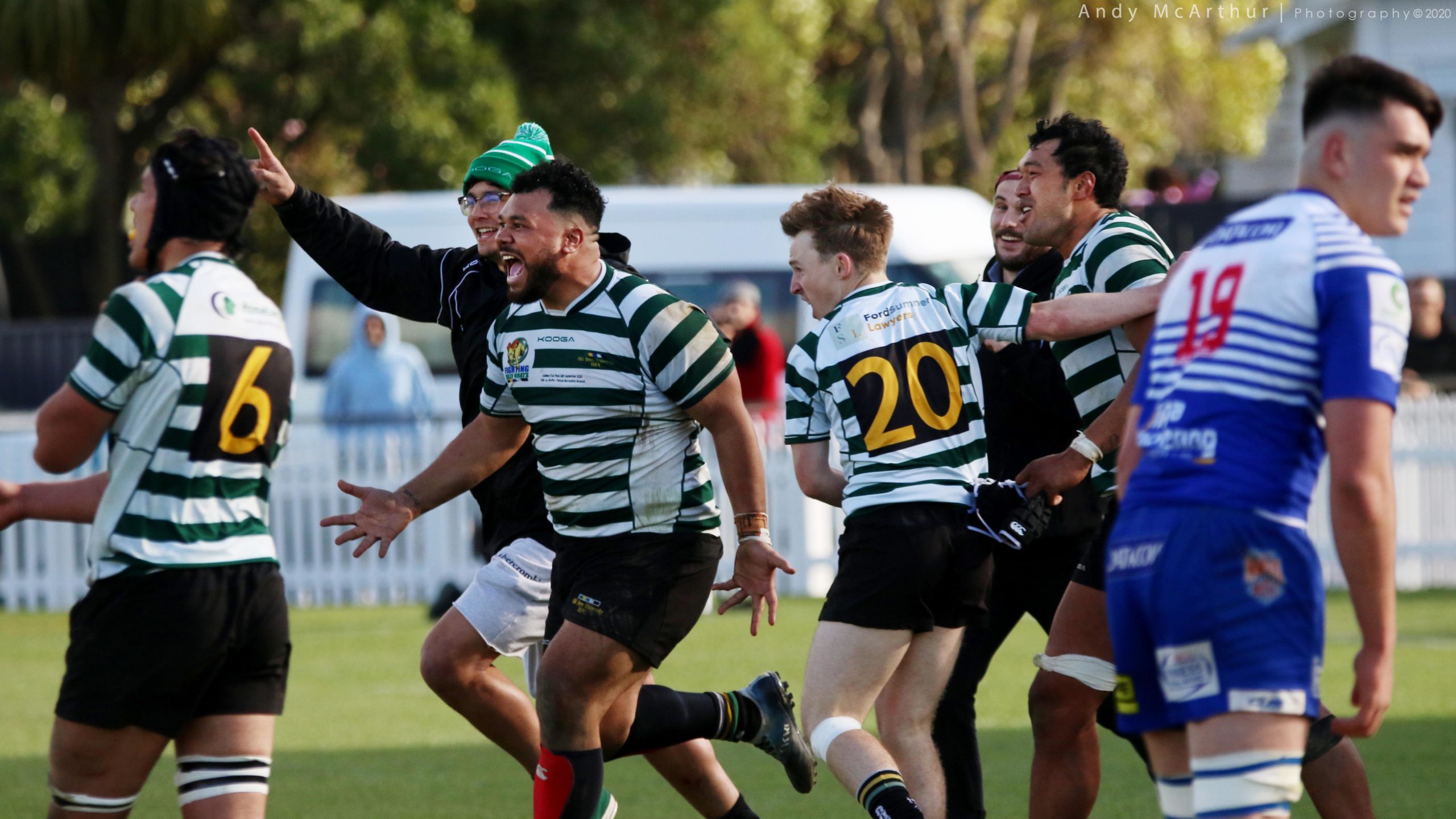 The weekend saw the season come to an end with Finals Day at Petone and the College Premiership yesterday, but it’s one that we almost didn’t have when the country was plunged into lockdown over the Covid-19 pandemic back in March. Club Rugby would like to acknowledge all those – players, coaches, support staff, sponsors, supporters, match officials, and administrators – who made it happen, but two people, in particular, deserve plaudits for handling everything thrown at them; WRFU administrator Emma Paisley and her College Sport counterpart David Fa’atafa.

Is there anyone in Wellington rugby circles that loves having a microphone in their hand more than Mason Malagama’alii?  The bloke with the big voice pulled at full stint on Saturday’s club Finals Day, then MC’d the end of season prizegiving at his Oriental-Rongotai club, and backed up yesterday to MC the College Premiership final at Jerry Collins Stadium. It’ll be understandable if his voice is a bit dusty in coming days.

Speaking of dusty….. anyone seen an OBU Goat in the past 48 hours? Word is it was a rather large night at the Cambridge.

One OBU player who’s Finals Day didn’t exactly go to plan was Colts Green reserve prop Samson Koneferenisi who dislocated his left knee during the second half of their win over Norths. But Club Rugby understands that the joint was put in place under the stands, and he was able to play some part in his side’s celebrations.

OBU fullback Sam Reid broke one of the ties he was involved in in Saturday’s Jubilee Cup final, with his try putting him one clear of Norths’ Losi Filipo on the try-scoring table for the season. No word yet on whether he, or Norths’ Bruce Kauika-Petersen, garnered any Best & Fairest points to split their tie at the top of those standings.

Despite being the lowest qualifier for the decider, OBU beat all the top four sides in 2020.

OBU’s Dale Sabbagh won the Jim Brown medal as player of the match in the Jubilee Cup final. He is the third first-five after Tamati Ellison in 2004 and Earl Va’a in 2005 to win the prize. Of the 17 Jim Brown medals awarded a dozen have been won by backs with six halfbacks bestowed the honour.

Former All Black lock Jason Eaton was part of the OBU HD Morgan Memorial Cup winning team. “I’ve won nothing in 25 years,” he was alleged to have said in the pre match speech! That’s a champion.

If the OBU left winger had converted his second half break and kick into a try the headline could have been “No Ty Poe, OBU wins the Jubilee Cup.”

There were two penalty tries in the Colts Division 2 final on Saturday, both conceded by the HOBM Green side. They rallied and held on to beat OBU Black 28-24 to win the Vic Calcinai Memorial Trophy.

Poneke beat the Upper Hutt Rams 35-14 in their 9 v 10 match on Saturday. Like all winners they were awarded silverware. Their one was a cup that that could hold two bottles of beer which was called ‘Wellington Rugby 2020 Premier Men’s 9th Place Winners.’ OBU’s Richard Boag take note – for your 2021 print run of your WRFU cups and trophies book!

Lots of new names and faces in the National Provincial Championship competition. Why do most TV commentators tell us so little about them?

At the Ories club awards, Tuga Mativa won the best back award and Premier MVP was hooker Penieli Poasa.

The Manawatu Cyclones have won five of their last eight matches against the Wellington Pride. Selica Winiata failed to score a try for the first time in three matches but repeat breaks and three penalties had a profound impact.

The Pride losing these games they should be winning (as least on paper) is the difference between them and other teams such as three-time defending champions Canterbury.

Chase Tiatia played his 50th game for the BoP Steamers against the Wellington Lions on Friday night.

The 94th Quadrangular Tournament is being played at Nelson College this week, starting Tuesday. Wellington College (fifth in the Wellington Premiership) will join the hosts, Christ’s College and Whanganui Collegiate.

Games on Tuesday see Wellington College play Nelson College and Whanganui Collegiate play Christ’s College, with the winners progressing to the final on Thursday and the defeated sides meeting in the 3 v 4 match.

Through a loophole in the rules and lawyers, Rotorua Boys’ High School refused to put the Moascar Cup up against Hamilton Boys’ High School in the Super 8 final on Saturday. In the last, winner takes all, fixture of the season by refusing to put up the Moascar aren’t you conceding defeat before you even start. Hamilton won the match and Rotorua’s Moascar spirit was poor.

St Andrews College won the UC Championship for the first time since it’s inception in 2001. They beat Christchurch Boys’ High School 35-26 in the final in a comeback. Like St Kent’s and Scots before them, StAC are clearly building up their rugby programme, to complement their strong multisport and adventure racing team. Next year’s Presbyterian Cup (also involving Lindisfarne) could be competitive!

The rep season below the Lions and Pride might be largely a dead duck, but efforts are being made to get some games played. One of those is the Centurions U18, with a 26-man squad named for a one-off fixture against their Hawke’s Bay counterparts on October 17. The side includes six members of the champion Scots College side, no players from St Pats Silverstream, two players from teams outside of Premier 1, and four players who played their rugby at club this year:

The All Blacks were abruptly taken out of the NPC competition this weekend. Understand they were in camp all week, but why does it take three weeks to prepare for the Bledisloe Cup, and wouldn’t NZRU prefer as many players as possible were playing in the domestic competition?

Case in point. No Barretts in the Taranaki side and they lose to Otago, ending their one-week Ranfurly Shield reign. Otago’s first challenge is Hawke’s Bay next Sunday. Meanwhile, Wellington play recent holders Canterbury in Christchurch, in a game which was scheduled as a Shield challenge! As an aside, is it just us, or do the same teams seem to get the lions share of challenges, and these don’t include the Lions?

Looking for more rugby this coming Saturday? So are we. The picturesque Shannon Domain could be a good place to be as Horowhenua-Kapiti take on Wanganui in a ‘friendly’ match between the two Heartland unions.

Here is the Top 14 & SR Australia Pacific Island XV’s you asked for when I dropped the SR Aotearoa and Premiership line ups a few weeks back. Now the question is, if they all faced each other once, which team would you back to go undefeated and come out on top? ??

Repost ?? TAG the first person you think of…