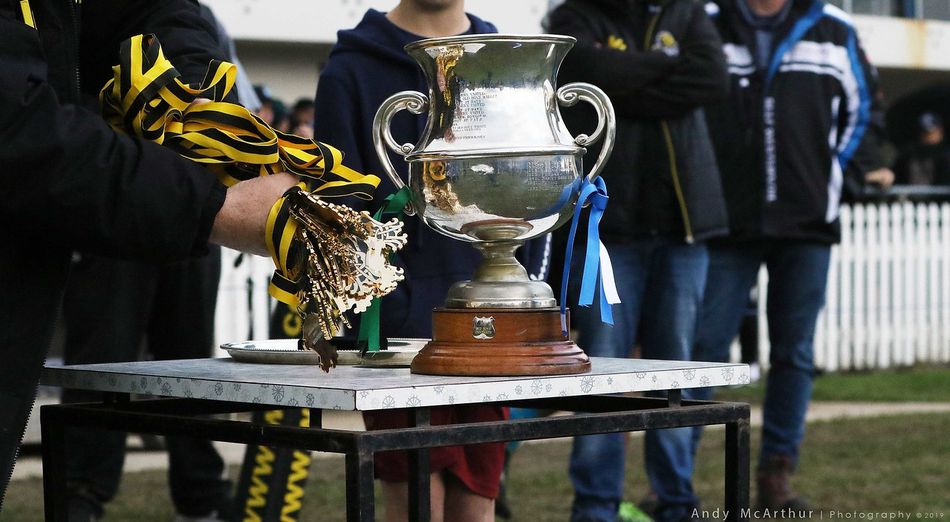 Draws & Results HERE  or scroll down for teamlists

UPDATED Friday afternoon: So here we are. Roughly two months later than planned and with a much-rejigged competition played in part under heightened restrictions owing to the Covid-19 pandemic we reach the conclusion of the season with Finals Day where the Petone Rec will play host to eight matches headlined by the Jubilee Cup.

Finals Day will also be a special occasion for two players, with both Norths fullback Johnny Teleaga and HOBM lock David Filipo both bringing up a century of appearances for their respective clubs. Clubrugby congratulates both players on their achievement

The lead-up to the season’s biggest game certainly has a different feel to it, with it having come along rather quickly. But it still will be played and for Norths and Old Boys-University – who have claimed the last three titles between them and met in the 2018 decider – nothing else matters tomorrow. The pair meet after winning their semi-finals last weekend away from home; Norths reversed their last-round loss to Petone in emphatic fashion by blowing away the Villagers on this same ground a week ago, while OBU prevailed in a torrid and bruising encounter over MSP at Evans Bay.

On the season both sides won 10 of their 13 Swindale matches. Norths scored 518 points including 78 tries and conceded 196, with OBU notching 457 points including 66 tries with the 160 points conceded the best in the competition. Their meeting this year came back in round two, where the Goats sent Norths to their second straight defeat to start the season with a 33-16 win.

Norths make just a single change to the starting side that beat Petone last weekend, with Luke Bowden getting the nod to replace the injured Connor Garden-Bachop. Qualen Asi, returning veteran Mike Ioapo, and Jayden McCarthy – who scored a significant try in last years final – are added to the bench, while there will be interest in how Bruce Kauika-Petersen fares backing up from the Lions game tonight. In all, eleven of Norths’ side tomorrow started the final last year with Luca Rees, Sam Clarke, Losi Filipo, and Bowden the additions, though Rees and Filipo came off the bench.

Despite the physicality of that win over MSP, OBU make just two changes from that side with lock James Poloniati and winger Ty Poe into the starting lineup, with Sam Godwin dropping to the bench and Trevahn Taufo’ou coming into the 22. However, and unlike Kauika-Petersen, they won’t get Caleb Delany from his bench duty with the Lions tonight. Just three players – Jonathan Fuimaono, Dale Sabbagh, and Sam Reid – will start from the side that beat Norths in 2018 though Paddy Carter and Izzy Foai came off the bench that day while Matt Fowler, a tryscorer then, and Zeke Sopoaga will be on it tomorrow; and only props Fuimaono and Finnbarr Kerr-Newell survive from the 2015 side that won their first Jubilee Cup.

There are matchups all over the place but some that might prove pivotal are up front where veteran pairs Jerome Va’ai and Gerard Faitotoa and Fuimaono and Kerr-Newell face off and in the loose between Norths trio of skipper Parekura Lalaga, Kauika-Petersen, and Rees and the OBU group of Tiaki Fabish, Josh Gimblett, and Carter. In the backs there’s the halves duel between Campbell Woodmass – a Gallaher Shield winner with Ponsonby in 2018 and playing his 50th match for Norths – and Clarke opposing Kyle Preston and Sabbagh, and in midfield where Kienan Higgins and Filipo face Callum Harkin and Foai. Another two sub-plots revolve around OBU fullback Reid, who is tied at the top of the tryscorers standings with Filipo and the Billy Wallace Best and Fairest with Kauika-Petersen

Its an all-Valley matchup for the other piece of Premier silverware with Hutt Old Boys Marist and Wainuiomata meeting on the ground of their biggest rival and a chance to take something from a season that perhaps hasn’t lived up to the expectations that each had back in March and June. The Eagles were the only side in the major four semi-finals to win at home, but left it very late to edge out Ories, while for the second year in a row Wainuiomata prevailed as the away side by taking down Tawa at Lyndhurst. HOBM won the Swindale clash by 40-10.

HOBM make one change in personnel with Tomasi Alosio returning at centre, pushing Todd Svenson to the wing while Josh Brown and Willie Rua swap places in the loose trio. Wainuiomata are also largely unchanged, fronting the same pack that beat Tawa with Uale Mai handed the reins at 10 in place of Ruben Love, and Eden Monu on the wing for Kauri Aupouri.

The up-and-coming Jack Sargentina is the referee

Completing the set of Premier matches is the playoff for 9th and 10th between Poneke and the Upper Hutt Rams after both sides won through last weekend over Pare-Plim and Johnsonville respectively. Both sides make a handful of changes; Poneke restore Andrew Jones, Hauwai McGahan and Jimmy Hewitt to their side while the Rams give starts to Richard Treviranus, Tyler Graham, and Taine Tata in their forward pack, and erstwhile hooker Eli Hunt lines up in the #12 jersey. Former Wests Rooster Ben van Berkel will referee this one

The major clash is the Ed Chaney Cup decider between Norths and Marist St Pats. Norths are the defending grade champions after beating Petone last year and look to run to complete the Harper Lock/Ed Chaney double and an unbeaten season. For their part MSP, who had to play in the HD Morgan Memorial last year (which they won) despite winning the Harper Lock because their Premiers missed out on the Jubilee Cup, have dropped just one game all year – that was in the very first week of the season when Norths won 43-10 – and will look to spoil the party and take the prize back to the eastern suburbs with them.

Tomas Roche, recently promoted to the WRRA’s Premier panel, is the referee for this one.

The HD Morgan Memorial will find a new home, but whether that is at Kilbirnie Park or the Cambridge Hotel will depend on who emerges the victor between Poneke and OBU. The pair meet after similar narrow results last Saturday, with Poneke edging neighbours Ories by 25-22 and OBU winning away at Lyndhurst 33-30 over Tawa. They also met in the opening round where Poneke prevailed 15-13 in the mist at Nairnville Park.

The third Premier Reserve game of the day is the 9th-12th bracket final, with the Johnsonville Centennium Cup – in recent years the championship prize for the dormant First Grade competition – being put at stake. Johnsonville can take the trophy that bears their name back to Helston with them and will be the fresher side after Avalon defaulted to them, while Stokes Valley, who beat Pare-Plim 37-29 last week, will be after the trophy that eluded them last year when beaten by Avalon in the First Grade final. In contrast top the other two finals they met just two weeks ago when Johnsonville won 40-15.

Old bugger John Ballingall and the rather younger Ethan Loveridge are the referees for the matches above respectively after controlling the two Ed Chaney Cup semi-finals a week ago.

Curtainraising for the Jubilee Cup in front of the grandstand will be the finale of the Colts grade with the top teams from those same two clubs – Old Boys University Green and Norths Blue – vying it out for the John E Kelly Memorial Cup, a match we profiled here on Clubrugby last night. OBU won through after beating Tawa for the second weekend in succession with Norths getting past Petone in a high-octane clash, and the likely contrast in styles between the sides will be a feature of this contest.

The students also feature in the other Colts Final, with OBU Black squad taking on Hutt Old Boys Marist in the Division 2 Vic Calcinai Memorial decider which kicks off the day. HOBM made the final after seeing off the Upper Hutt Rams in their semi-final with OBU venturing to the back fields at Porirua Park and getting the win over Norths White.

The experienced Scott Marriner will referee the Division 1 decider, with Himi Orupe in the middle for the Division 2 clash.

Schedule for the day

Away from the spotlight of the Petone Rec, one further title will be decided on Saturday. At the head of the valley Upper Hutt College will look to sweep the table in the College Premier 2 Murray Jensen Cup when they host the Silverstream 2nd XV in that final at 1pm. Upper Hutt beat their neighbours 35-15 when they met in the round-robin a fortnight ago and could rest up with the bye last week, while Silverstream secured their place ahead of Hutt International with a 50-10 win over Paraparaumu.

Sunday sees the now-traditional end to the season with the Premiership final at Jerry Collins Stadium between St Pats Silverstream and Scots College who meet in a straight decider without semi-finals owing to the lack of available weeks in the delayed season. The two met just a fortnight ago with Silverstream edging a tight low-scoring affair 7-5 where both sides struggled to break down each others defence. The hope is that Sunday produces and more free-flowing encounter. Silverstream will look towards the physicality provided by No8 Peter Lakai and the talent of Riley Higgins to get them to the title while Scots will counter with their trio of stars in the pack in Jonty Bird, Hanz Leota, and Dominic Ropeti. Higgins, Leota, and Ropeti were named this week in a 50-strong NZ Barbarians squad to play an one-off fixture in lieu of an NZ Schools programme this year.

There’s still rep action as well with the Pride and Lions in a double-header at the Stadium tonight against Manawatu and Bay of Plenty respectively, which may be underway – or over – by the time you read this.

Update: The Pride went down to Manawatu. More HERE

Wellington Rugby are pleased to confirm that our Club Finals Day will be hosted at the Petone Recreation Ground on Saturday 26 September! It’ll be a weekend of rugby for the capital, with the Pride and the Lions hosting a double header at Sky Stadium on Friday, making way for Club Rugby to take centre stage the following day ?? Click the link in our bio to read more about Club Finals Day!

Below: Some images of last year’s Jubilee Cup Final:

Norths take the 2019 Jubilee Cup, beating a valiant Wainuiomata 22-16. Both teams brought plenty of commitment and supporters to make a tense final. Testimony there's plenty of ticker left in Wellington community rugby. Photos courtesy of Joe (NZlenz). More photos from the different finals will be posted on Club Rugby's social media over the next couple of days #rugbyunion #rugby #nzrugby #rugbymen #swipeleft to see 10 action photos

Teams below – as received and subject to change: