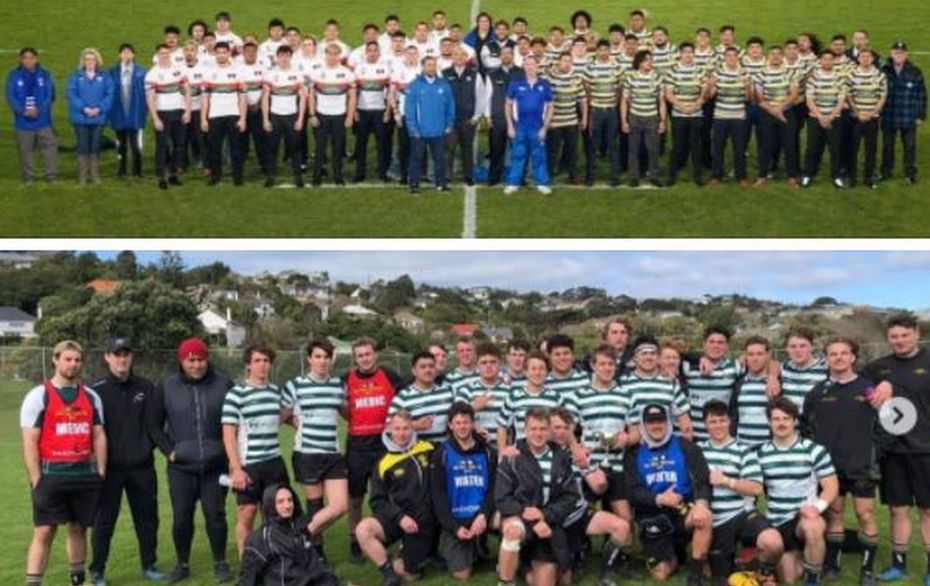 The same two clubs align for both club rugby finals on Petone #1 on Saturday, with the Old Boys University and Northern United Colts sides contesting the John E Kelly Cup John E Kelly Cup decider at 12.30pm prior to the Jubilee Cup final.

For the OBU Green side, it could be considered business as usual, having won the previous two Colts Division 1 finals and six of the past eight.

Gunning for a three-peat of titles, which they achieved previously between 2012-14, OBU beat HOBM Green 55-0 in the 2018 final and repeated the dose over the Junior Eagles last year in winning 31-7.

In contrast, Norths have won this title just once in the past decade and that was in 2010 – also the year their Premier team swept all before it and took the Swindale Shield – Jubilee Cup double.

Past head-to-head matches mean little as to the current squads given that Colts players move on every couple of years or sooner but as an overall picture, OBU Have won 10 of their past 13 clashes dating back to the start of 2014 when records on this website started. Norths sole win in this period was 29-24 in 2018.

These past results will mean little when they meet on Saturday. Both teams are primed to win this so it could be one of the most hotly contested finals on the day on Saturday.

Although for a pointer of how this final might play out, one of their two draws was in their only other clash this season when they finished all square at 26-26 at Ian Galloway Park in the opening round of the season in June.

“I think semi-finals are sometimes tougher than finals, as a lot of teams are often thinking ahead to the next game and can get tipped up as a result,” said Hoskin. This was the second week we played Tawa and they are one of the better teams we have come against this season, which was really good preparation.”

Hoskin said Norths will be equally tough this Saturday.

“We drew with Norths Blue first game of the season so we know they will be pretty tough in the final.  Whatever team settles into the game first will have the advantage and a lot of it is about taking opportunities and nailing those key moments.”

Experience and sticking to the game plan will be key.

“We are pretty structured but like to have a crack if it’s on. We have a number of guys who have played a lot of rugby for OBU Green and experienced finals before. Given we are a university club we also get some good first year players. So the good mix of experience and enthusiasm is one of the key strengths of our team.”

With four clubs present on Finals Day, OBU are expecting plenty of support.

“Because we are a University club we get a lot of support from the students, so we usually see a bunch of them on Saturday shouting from the sideline. With the COVID alert level restrictions we’ve had this year it’s been different,  but we always have a crew of injured and former players who help us massively week in, week out. A lot of parents also come from around the country to give the boys some extra motivation and for final we are bound to have a few more. The team benefits from hearing the banter and support from the sidelines.”

Motivation is high in the Goats camp, explained Hoskin.

“We’re all pumped to defend the title and secure three championships in a row this weekend. We also want a good send off for a number of boys in their final year of Colts. Lawry, Dom, Goddy, Joey Mikey, Olly, JT and Jets and have played a lot of code for Colts Green and this will be the last time they suit up and play. I have played over 50 games for the team and this also will be my last. Our coaches’ MB and Dalboy and our long serving manager Mother Maree are also finishing up on Saturday, which is plenty of motivation for final.”

Norths won seven, lost two and won one of their 10 games, scoring 446 points and conceding 140.

Norths captain Misi Faimalo said the team is excited for Saturday, after beating Petone 45-27 in their semi-final.

“We got the result we wanted,” said Misi. “It wasn’t an easy game, Petone kept us on our toes but the boys stuck through it for the whole 80 plus minutes and got the job done. We did make it harder for ourselves most of the game with 14 players but the bench players came on and gave us a big boost.”

Asked how they will celebrate if they win, Misi said that the Norths team isn’t getting ahead of themselves but added “If all three Norths teams get up then it’s gonna be a mad party in Porirua.”

“The support of the club is always big for Norths teams. “Our supporters have to be the best in the business. The energy we get from the supporters help us a lot when we play. Just knowing people are cheering us on whether we play at home or away; they are always there to support.

“One of the messages that was said by the top players in the senior side was that “No one is bigger than the Club”. Also, a Massive shoutout to North’s 100 Club for being there when they can. Much Love to our supporters from the Colts brothers.”

“Our captain Misi Faimalo has led this team very well, and his time in Australia in the AFL has showed those qualities of being a good leader on and off the field.

“Also, guys like Eli Moata’a, winning Premier 10 in last year’s Jubilee Cup final. “To  have him a part of our Colts group this year has been massive after coming back home from Australia because of Covid-19. Luke Kapene and Ricky Manulaiatea have had a good year, and in our froward pack Denzel Leota and Luke Mcgill have been stand outs. With a young side and having two teams in the Colts grade has helped a lot this season – we have been one big family just like we are with our Premier and Reserves and the whole club.”

“A massive shot out to our coaching group Charlies Aliva and Tane Landon-Lane. To have so much knowledge within our group made my job heaps easier, and having Gerrard Fasavalu [Premier Head Coach] around at trainings and sharing his thoughts with us and gaining a few tips of him also has been a key part of the success this year for both colts sides. A big thank you to our two managers, Andrew Scott and Caroline Shields who have done all the behind the scenes work that no one likes.”

The John E Kelly Memorial Cup was donated to the WRFU by the Wellington Football Club for play in the Under 21 Division 1 Competition in 1985. The trophy is in memory of Wellington’s late Club Captain, John E Kelly, who died of cancer. John played and administrated rugby with the Wellington Club for many years and had the privilege of playing alongside his young son.

The University club won the first John E Kelly Cup in 1986 and Porirua won the second in 1987. In total, OBU (including University and WCOB) have won this 10 times and Norths (including Porirua) have won four titles.

The past 10 winners have been:

Squads (former schools of players in brackets, subject to change):

The @oldboysuniversityrugby @obucolts score their first try of the John E Kelly Memorial Cup final. They beat @huttoldboysmarist 31-7 in the decider. @lesmillsnz