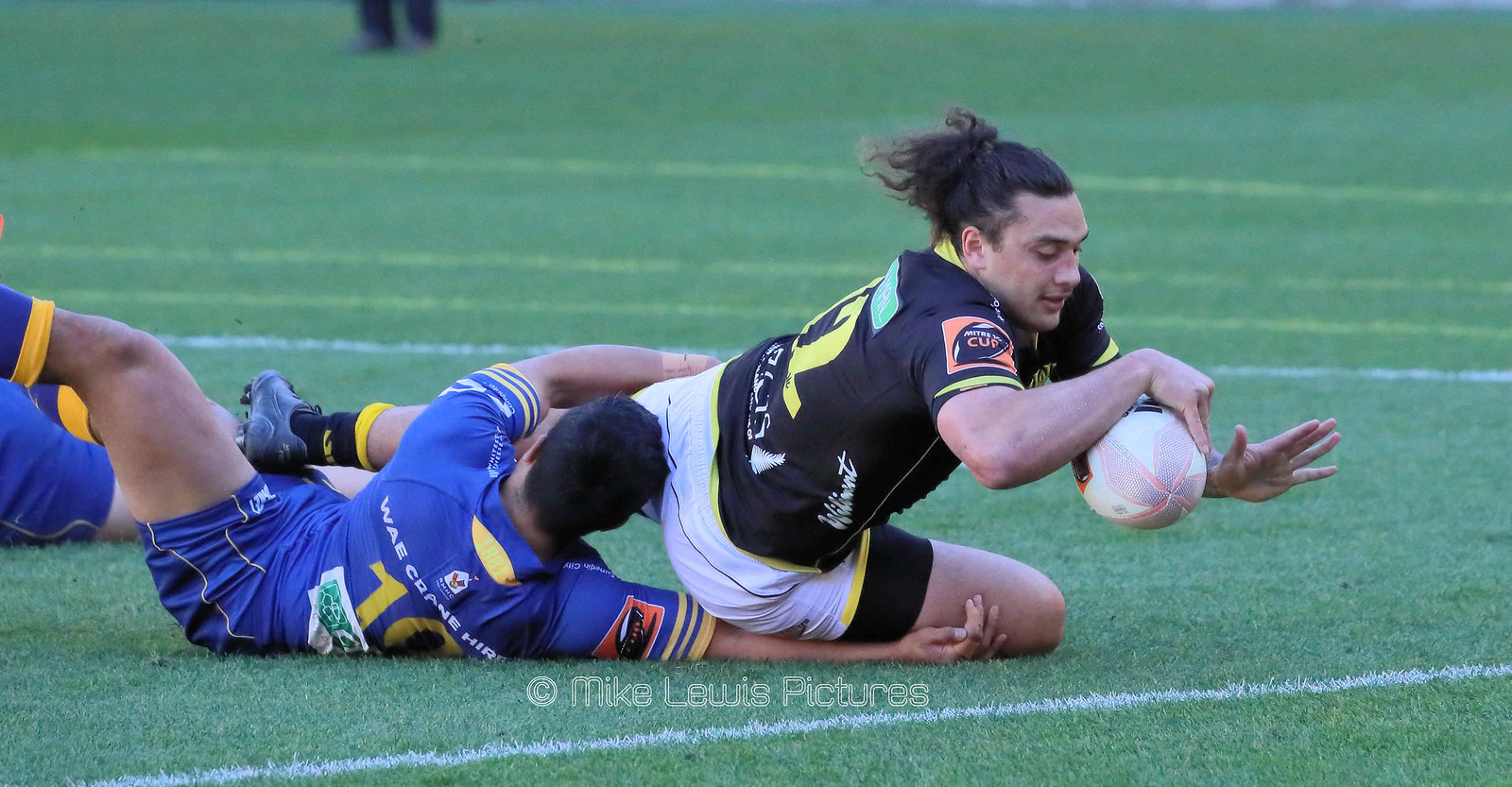 Above Peter Umaga Jensen scored one of the fastest tries from the opening kick-off in NPC history last year against Auckland. Sunday’s clash between Wellington and Auckland promises to be a blockbuster and a big game for the Lions after losing their season opener to Waikato.

The Wellington Lions are seeking a fast rebound from their disappointing heavy loss to Waikato when they take the field for their second round National Provincial Championship match this coming Sunday.

This will be easier said than done, as they play Auckland at Eden Park, a team that always goes well at home and, in contrast to the Lions, opened their season with a bang by beating Otago 38-6 in Dunedin.

However, Lions fans can recall their win over Auckland at Eden Park last year, Wellington won their last encounter against Auckland on 22 September 2019, at Auckland, 34-15, after Auckland led at halftime 15-14.

Lions second five-eighth Peter Umaga-Jensen scored the first points of the match – a try after just 45 seconds – channelling the late great Auckland and All Blacks outside back Fred Lucas whose name bears the inter-provincial trophy they are playing for.

Lucas was a 1920s Auckland All Black and captained Auckland to victory over the British and Irish Lions in 1930 and was a post-war All Black selector.

Some more statistics and information below

From the vault: Seventh round matches in photos