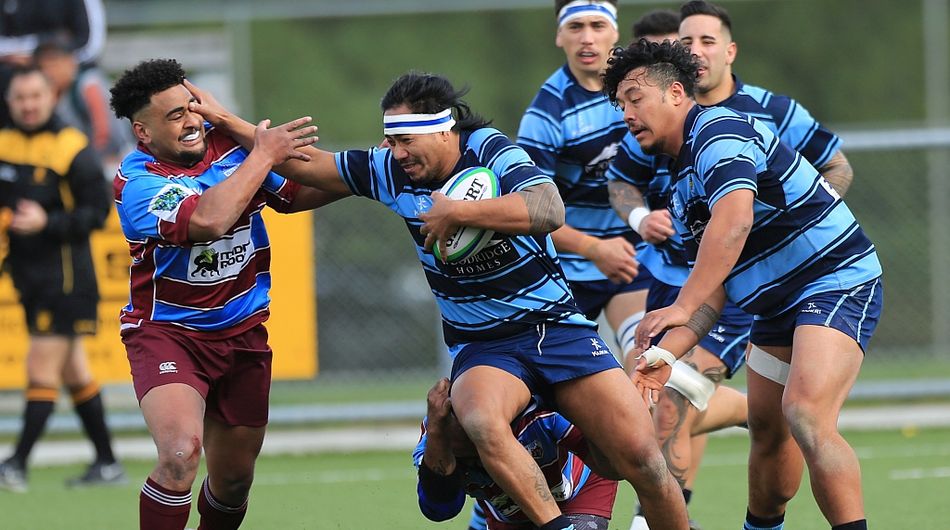 The Hawks fended of Avalon for their first win in over two years yesterday. PHOTO: Hugh Pretorius.

“At last, at f****last,” Johnsonville captain PJ Sheck responded when describing the emotion following the Hawks 38-12 win over Avalon in the Swindale Shield yesterday.

The prop won’t be awarded a bonus point in subtlety but after 29 consecutive losses (36 in the Swindale) he shouldn’t apologise like most in 2020.

Perspective! It’ been 792 days, half the Trump Administration, a Level Four lockdown and 1256 points conceded since Johnsonville last won a match. That was 33-15 against Avalon on June 30, 2018. The last time Johnsonville prevailed in a Swindale Shield fixture was on May 13, 2017, when the Wolves were foiled 26-17.

“I guess the boys were pushing not to come last for another season in a row,” Sheck reflected.

“It was kind of like every other game. We were winning at halftime, but we knew it would be a challenge.”

Johnsonville had secured a bonus point by halftime, but the Wolves were gallant in the second spell.

“Lucas (Aukuso) our hooker played real well. He’s only young. He got a try. It was a team effort,” Sheck enthused.

PJ is typically a tighthead prop and was a Wellington Under 19 representative in 2019. The 20-year-old has already played 44 senior games. Contemporaries and Wellington Lions picks Taine Plumtree and Caleb Delany have played 40 combined. What’s the appeal of Helston Park?

“I reckon it’s the people over there. They have helped me, and I want to help them,” Sheck responded.

The Porirua College old boy was a member of a Beard Trophy-winning First XV. A quarter of Johnsonville’s games in the losing streak were lost by less than ten points.

“You’ve got to work hard. Excuses are for losers. Hard work, good results,” Sheck observed of his leadership philosophy.

Next Saturday Johnsonville hosts top of the table Marist St Pat’s. Why will the Hawks win again?

P.S. Johnsonville conceded an average of 43 points a game in their losing streak but on April 27, 2019, Wellington doubled that medium with an 86-5 victory. Sheck came off the bench in the Hawks 33-15 win against Avalon in 2018. Waisea Yabakivou, Ofa Ueseli, and Silao Lupematasila are the only other survivors from that success. Yabakivou, who came off the bench yesterday and scored a try, scored two tries in the 2018 match.