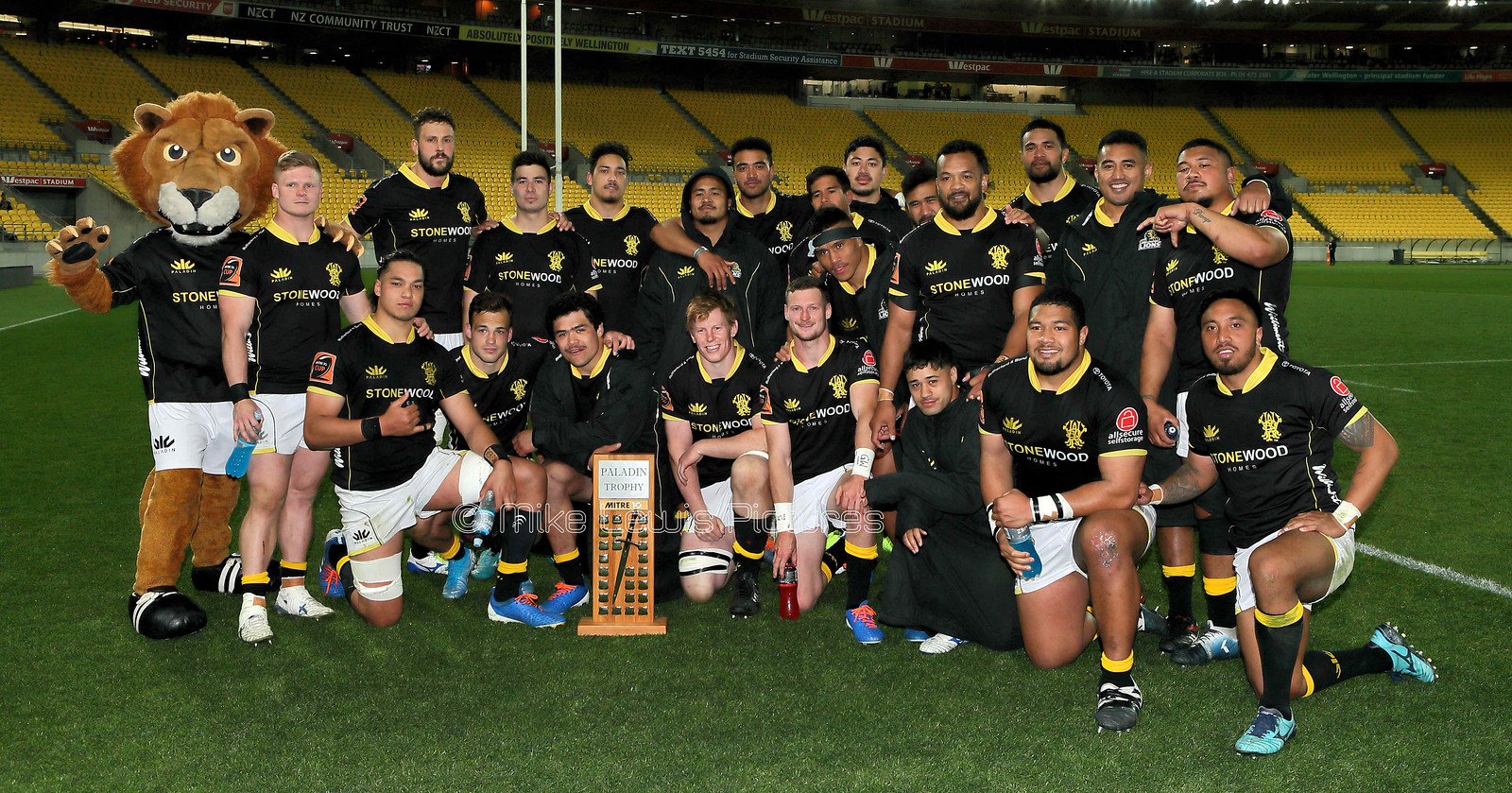 Above: The Wellington Lions after beating Northland last year. There are plenty of returning faces and some new names in this year’s squad, named on Friday.

Tavita-Metcalfe, who played for Hawke’s Bay last year, has made nine appearances for Norths in the Swindale Shield this year, including three starts at tighthead prop, Aumua-Peseta earns his 41st caps tomorrow for Tawa against Petone at tighthead prop since his debut in 2016 and Poloniati has been a regular at lock for OBU this year after switching from the Wellington Axemen.

Norths flanker Du’Plessis Kirifi, has been made captain for the second consecutive year after leading his side to the final in 2019.

The Lions assemble officially for the first time on Monday and will begin working towards their opening clash against Waikato in Hamilton on September 12. They are scheduled to play the Manawatu Turbos next Saturday in Otaki in a warm-up fixture.

There are  19 of the players named have had time in the Super Rugby environment over the last eight months.

There are two sets of brothers in the squad, the Saveas and Garden-Bachops.

This year’s competition will also be a little different, with All Blacks players back in the fold for at least the first three rounds.

Wellington isn’t scheduled for its first home game until the 25th of September, and it’s hoped crowds will be able to attend.

The Wellington Lions squad for the 2020 NPC is:

Big wins for Petone and Poneke as opening day sizzles