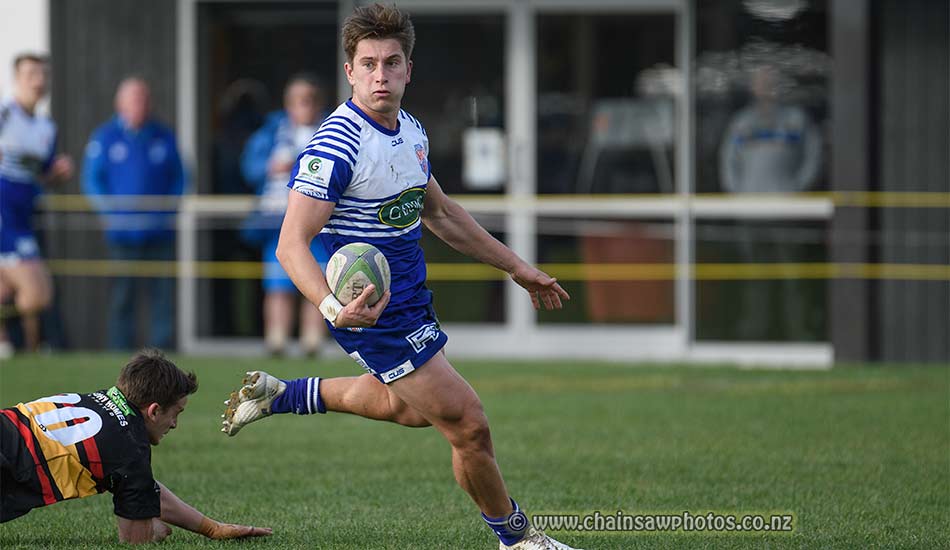 Sam Clarke arrived at Norths from Tawa in Round 3 of the Swindale Shield. At that stage, his former club was undefeated, and his new club had dropped their first two games.

The reigning Jubilee Cup champions are now amid an eight-game win streak and Tawa reside outside the top four.

“I was a bit surprised. Mum told me I was up there which was cool,” Clarke said.

Morgan has started nine games this season as opposed to Clarke’s five. Clarke made his Norths debut off the bench in Round 5 against winless Johnsonville.

“I came on about 10 minutes into the second half. We were down at halftime and it is fair to say we got a spray. We brought on some of our more experienced forwards who were resting in the first half. They made my job easier and I just had to concentrate on my core role,” Clarke said.

Clarke struggled to earn a starting jersey at Tawa and when the Wellington Lions pivot Trent Renata left Ories for Lyndhurst Park the writing was on the wall for Clarke.

“The seniors and reserves train together at Tawa and Norths, so the culture of both clubs is similar that way. The difference is that Norths is more player-driven, a bit more laid back, which I prefer. I don’t have any hard feelings towards Tawa. I just wanted to put my best foot forward and Norths is a better fit right now,” Clarke explained.

Clarke has been in prolific form, scoring 30 points in last Saturday’s rout of Paremata-Plimmerton. He bagged 26 points in the 66-0 crushing of Wainuiomata, a replay of the fiercely competitive 2019 Jubilee Cup final. Against Poneke he scored 20 points and partnered All Black TJ Perenara in the halves.

“It’s been awesome to play with TJ and Jackson Garden-Bachop. They are really professional on and off the field. They read situations quicker because they have been to the next level. I like challenging people to grow my own game so I can read situations better. Getting advice from TJ and Jackson has been really valuable,” Clarke enthused.

“The biggest thing I’ve learned at Norths is knowing how to better use the strengths of the players around me. When to give the ball to the forwards. When to go by myself and being more selective and confident in option taking.”

Clarke played outside TJ Perenara two weeks ago against Poneke.

In 2018 he was an integral part of the St Patrick’s College, Silverstream First XV that won the Premier 1 championship and was unbeaten in all six traditional fixtures. Playing almost every backline position he was the teams’ leading scorer with 110 points.

“My favourite moments were my first traditional game against New Plymouth Boys’ and the Town game which we won by a record score in front of a documentary crew,” Clarke reflected.

Clarke was too old to be considered for the Wellington Under 19’s last year and a chequered injury history, much of it in Australia, might explain why he hasn’t featured in Kiwi representative selections.

Clarke moved to Perth when he was 10 years old and spent five years playing league in Western Australia where he made the reps aged 13 and 15.

He then shifted to Endeavour Sports High School in Sydney where internationals Blake Ferguson and Martin Taupau were educated. Despite a respected reputation, Clarke struggled to stay on the field for long periods.

“I missed six months with a broken ankle and the year before buggered my hamstring,” Clarke rues.

That is far from the worst injury he ‘suffered.

“When I was 13, I broke my ankle and had two surgeries. I was in a cast for eight weeks and had wires going everywhere,” Clarke laments.

“When I was 10, I broke my jaw crashing into someone’s head trying to make a tackle. I had to eat soup for a week and spent more time at the dentist than I did at training.”

His family is originally from the Chatham Islands. Sam’s father, Darcy is a fisherman and unabashed Crusaders apologist. His younger brother Tjay is a sprightly halfback in this year’s Silverstream First XV. Tjay has recently given up what he thought was a promising golf career, instead leaning on the support of 14 others.

Sam studies Exercise Science fulltime at the New Zealand Institute of Sport. He is interested in becoming a personal trainer and insists the extensive time he spends in the gym is not an attempt to replicate the physique of his close friend, international model Josh McGregor.

This Saturday Norths travels to the Polo Ground to tackle Ories who must win to keep their slim semi-final hopes alive. Ories have been in the top four nine times since 2010.

“It will be a tough game especially if Ories gets some of their Hurricanes back. They are a good side anyway but as long as we keep the momentum rolling and fix our mistakes as we go, we’ll be hard to beat,” Clarke warned.

Former Jubilee Cup winners Manahi Moana, Dudley Parsons and Esi Komaisavai might also find themselves stuck on the bench if Clarke can keep his poise at first-five.

Silverstream and Scots to meet in Premiership First XV final