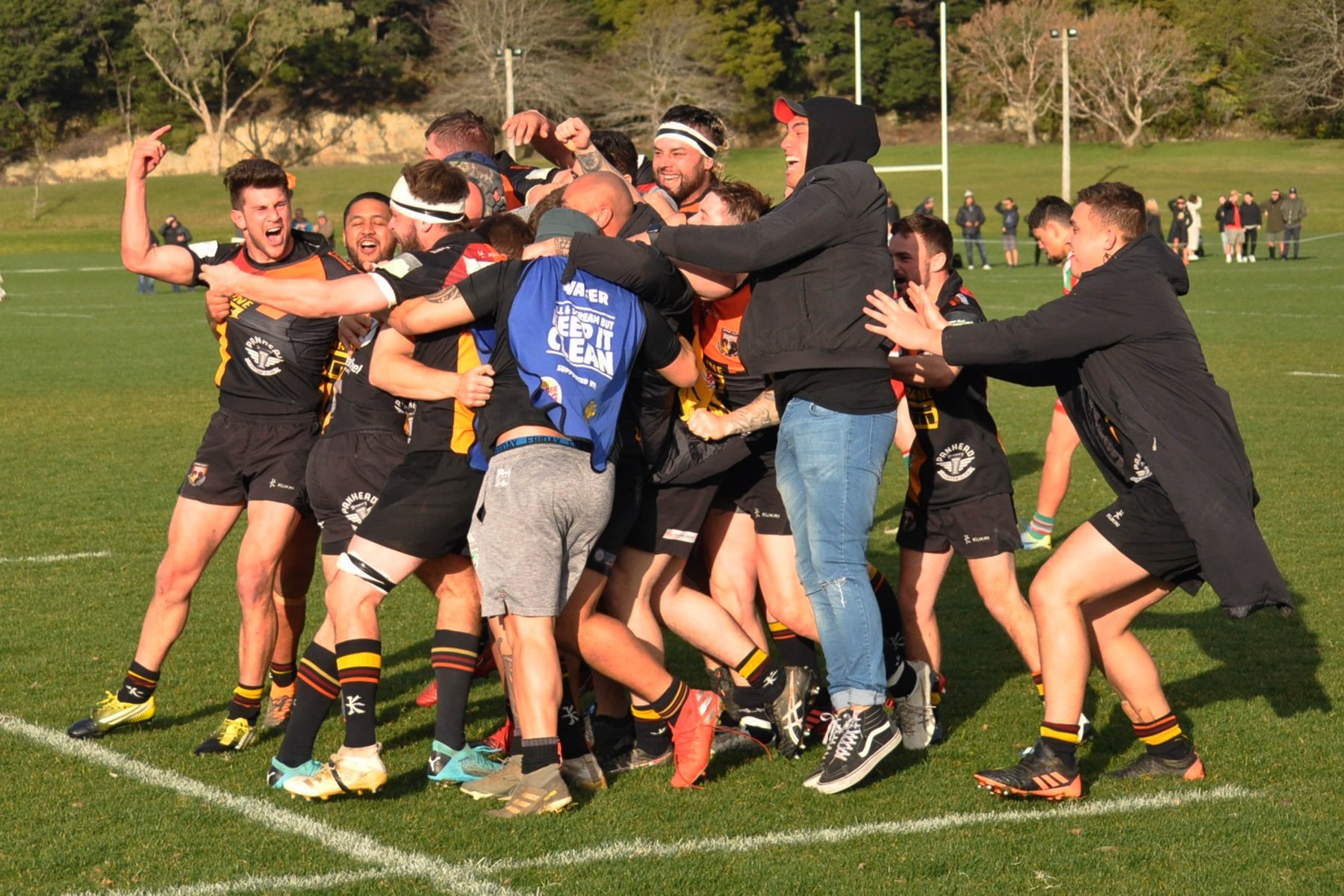 Just three rounds to play in the Premier Swindale Shield competition. Games this coming weekend at a glance:

Meanwhile, we await to see what Covid Level we will be in this coming week and weekend – government update at 3.00pm today.

UPDATE: Aotea College are hosting Mana College this coming Wednesday in a Beard Trophy defence. This is scheduled to kick-off at 12.00pm, but with NO SPECTATORS. Hopefully we can provide some coverage of the game.

Good thinking from Norths for the clash of their two Colts teams on Friday night, bringing out the Porirua and Titahi Bay heritage jerseys their Premiers wore last year. For the record, Norths Blue (that’s their A team) won 36-12 over Norths White.

Scots College has won 15 games in a row in the Premiership by an average score of 54-11. On Saturday they host St Patrick’s College, Wellington in a nationally televised fixture. Another Scots win, and without semi-finals, it is hard not to see a repeat of the 2019 final between Scots and Silverstream.

Marist St Pat’s has a ‘dream’ run home in the Swindale Shield with Paremata-Plimmerton, Johnsonville and Wellington in the next three weeks. This Saturday OBU faces a tough trip to Hutt Old Boys Marist who finishes with Poneke and Avalon. Petone have still to face Norths and Tawa.

In the wars. Already sporting a bandage protecting his chin that required stitches last week, Paremata-Plimmerton centre Kayden Muller is escorted off the field clutching his hamstring by his pestilence protecting medic.

Canterbury has its opening Ranfurly Shield defence of the year this coming Friday afternoon when they host North Otago. Canterbury’s team for this defence is stacked with club players – great for them but their likely absence on Saturday will weaken the last round of the round-robin metro competition in Christchurch. The same will happen in Wellington in a fortnight, with the NPC pre-season fixture against Manawatu in Otaki on Saturday 5 September.

The Farah Palmer Cup is scheduled to kick-off on September 5 if the COVID alert levels in Auckland are reduced. The competition was meant to start last weekend.

Spotted on the sideline and reserves bench at the Norths -Paremata-Plimmerton Premier Reserve fixture on Saturday: Peato Lafaele.

The man they call Cash is probably the oldest player – in terms of longevity, if not age – playing in the Premier or Premier Reserve competitions in Wellington. He won his first Jubilee Cup with Poneke in 1996 before many teammates and opposition players were born. He played in the last ever club match on Athletic Park in 1999, Poneke’s Jubilee Cup final loss to MSP, before transferring to Norths and playing his 200th Premier match for Norths in 2016.

Also interesting to see that with the conclusion of club rugby competitions in nearby regions, there were a handful of ‘transfers’ to local clubs in time for Saturday’s 10th round of a possible 15 of Wellington club rugby. Two notable players incoming from Horowhenua-Kapiti club rugby to Tawa were former Jubilee Cup winning players Randall Bishop and TJ Fermanis.

With probably a team or more of Premier and Premier Reserve standard players in Manawatu perhaps wanting another month of rugby, a Wellington club or two could be busing down some reinforcements about now.

Ardie Savea came off the bench for the Ories Second XV on Saturday against Avalon in the Premier Reserve fixture:

The semi-finals of the Hawke’s Bay Maddison Trophy competition were on Saturday.

Next week’s final is between Taradale and Hastings.

Napier Tech’s season concluded with the loss, despite them fielding Sheridan Rangihuna at halfback, Zac Guildford at centre and Kurt Baker at fullback. Nevertheless, the end of year Napier Texans party will be a blockbuster this year, with Rangihuna, Guildford and Jesse Ryder (the club’s cricket player/coach) in the mix.

Spare a thought for commentator Gordon Noble-Campbell, whose car wind-screen was damaged while refereeing the U85kg fixture between competition heavyweights the Upper Hutt Rams and Poneke.

The Rams narrowly won their seventh straight match (21-19), but his car met an unfortunate fate.

Parked at the half-way line at Kilbirnie # 3, it appears a spiralling-penalty-punt from close range made the car undriveable, owing to a spider-web of impact fractures across the wind-screen.

A shout-out to Murray Johns (a Hutt Old Boys Marist U85kg supporter) from Lexus of Wellington, who kindly arranged a replacement vehicle for Gordon to get home in.

Also for regular Club Rugby volunteer photographer Andy McArthur, who has recently had dreaded laptop troubles. His regular correspondence last week to Club Rugby wasn’t to say what game (or games if a normal non-Covid environment) he would be looking at shooting on Saturday, rather that his laptop has blown up and until he gets a new one he is out of action. If anyone has a spare laptop to keep the photos rolling through please get in touch!

The Hurricanes had their end of season awards last week, winners were:

Rookie of the year: Devan Flanders

Player of the year: Jordie Barrett

College Sport Wellington has released dates for its Sevens tournaments around the region, these being below:

From the American Football desk.

Newly named president of the Washington Football Team, Jason Wright, recently suggested that the search for a new team name will take some time following the switch from ‘Washington Redskins.’

During a recent interview with CBS This Morning: Saturday, Wright, who is the first Black president of an NFL club in the league’s history, spoke about criticism the team faced over its previous name and the plan to change it.

When might some teams and organisations in New Zealand be taking similar branding moves? The Warriors and Highlanders, Chiefs and Knights (cricket team) are possible examples.

The Horowhenua chronicle made the comparison between the exploits of Steven Donald at the 2011 RWC and Rahui’s Hamish Buick in the previous weekend’s Horowhenua-Kapiti club rugby Ramsbotham Cup Final. Buick came off the bench to kick a death-knock penalty in the 27-24 win over Shannon. Buick played three seasons for Old Boys University in Wellington club rugby between 2013 and 2015 and was OBU’s starting first five-eighth in the Goats’ 30-27 Jubilee Cup final win over MSP in 2015.

Below: A big hit from the Colts match on Friday night between the Norths Blue and Norths White sides. Each team was wearing the old Porirua and Titahi Bay heritage jerseys.

Aisle be Back: Hurricanes v Force in Napier

This week in history: 3-9 June