Skip to content
You are here
Home > Hurricanes > Aisle be Back: The North-South match and Hurricanes end campaign 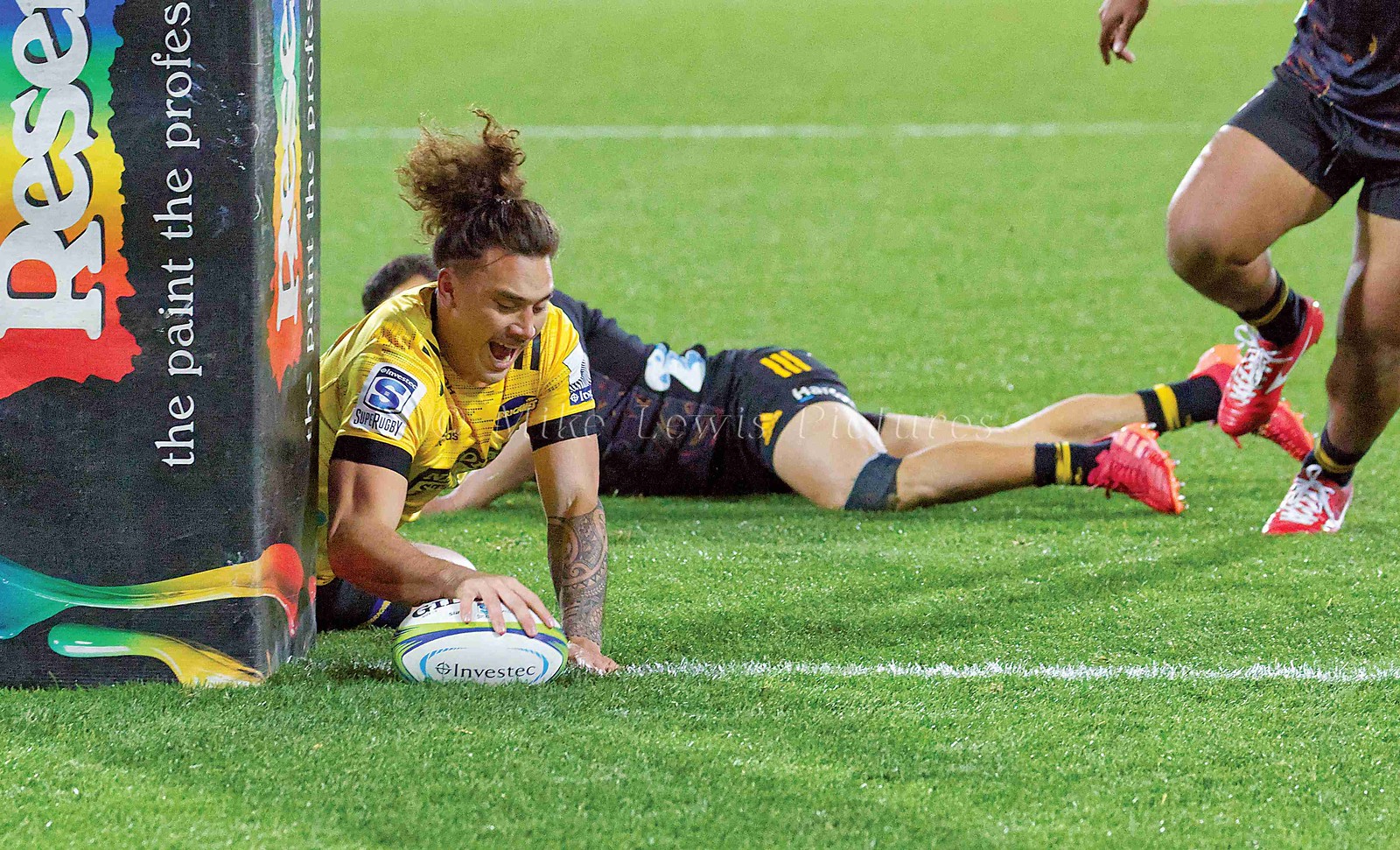 Wainuiomata midfielder Peter Umaga-Jensen dots down against the Chiefs a fortnight ago. He has been named at centre in the upcoming North South match.

The comedy Seinfeld was famously a show about nothing. Sometimes looking at rugby in Covid-19 times, it can feel the same way although without the laughs.

None of those are givens at this point and I guess we are getting used to that.

Personally I can’t see the point in the North South game if it at all meant a special deal being cut for the NZRU to get all the players in one place. The blowback on rugby if it went pear-shaped would be immense.

In a big spray this week, Hamish Bidwell reckoned the whole game was a farce, a contrivance.

He makes some good points and it is an artificial game. But I’d still watch it. Why not see our very best matching up.  In the new rugby universe, it could be our own State of Origin, which if my memory serves me right, is now quite a big deal.

Secondly, the players probably won’t treat it as artificial you’d think. I doubt any would risk taking it lightly ahead of All Black squad selection. If there is an All Black squad needed this year.

Thirdly, we really are in this current world stuck with our own rugby resources. We’re blessed that that includes a fair slice of the world’s best. Keeping them and fans interested is in everyone’s interest, if we find that situation prevails longer and longer.

If you imagine that all these young fit athletes are worth risking to COVID-19 by the way, check out the situation at Stade Francais, where a number of players have developed lung lesions. There’s possibly a career or two gone right there.

Kiwi players still seem to be packing their bags for places like Japan, but you’d want to think twice and do your homework on where you’re headed. A bit of coin isn’t worth your long-term health.

Of course you don’t celebrate a third placing, but the Hurricanes should be. The last outing was a bit of a mess by the end in the silence at Dunedin. What a cracker that game, and the Blues/Crusaders clash would have been if it had been full noise for the last round of matches.

I won’t be alone in scratching my head about why the Hurricanes and Highlanders played in strips that were not that dissimilar.  Shades of the All Blacks world cup game at Murrayfield in 2007.

It may not be an issue up close, but it’s a struggle for fans, and also quite unnecessary, unless someone forgot to pick up the right sack of jerseys from the laundry.

Indeed, why do the Hurricanes even need an away strip. I don’t think any other Super rugby team has a palette which clashes with yellow.