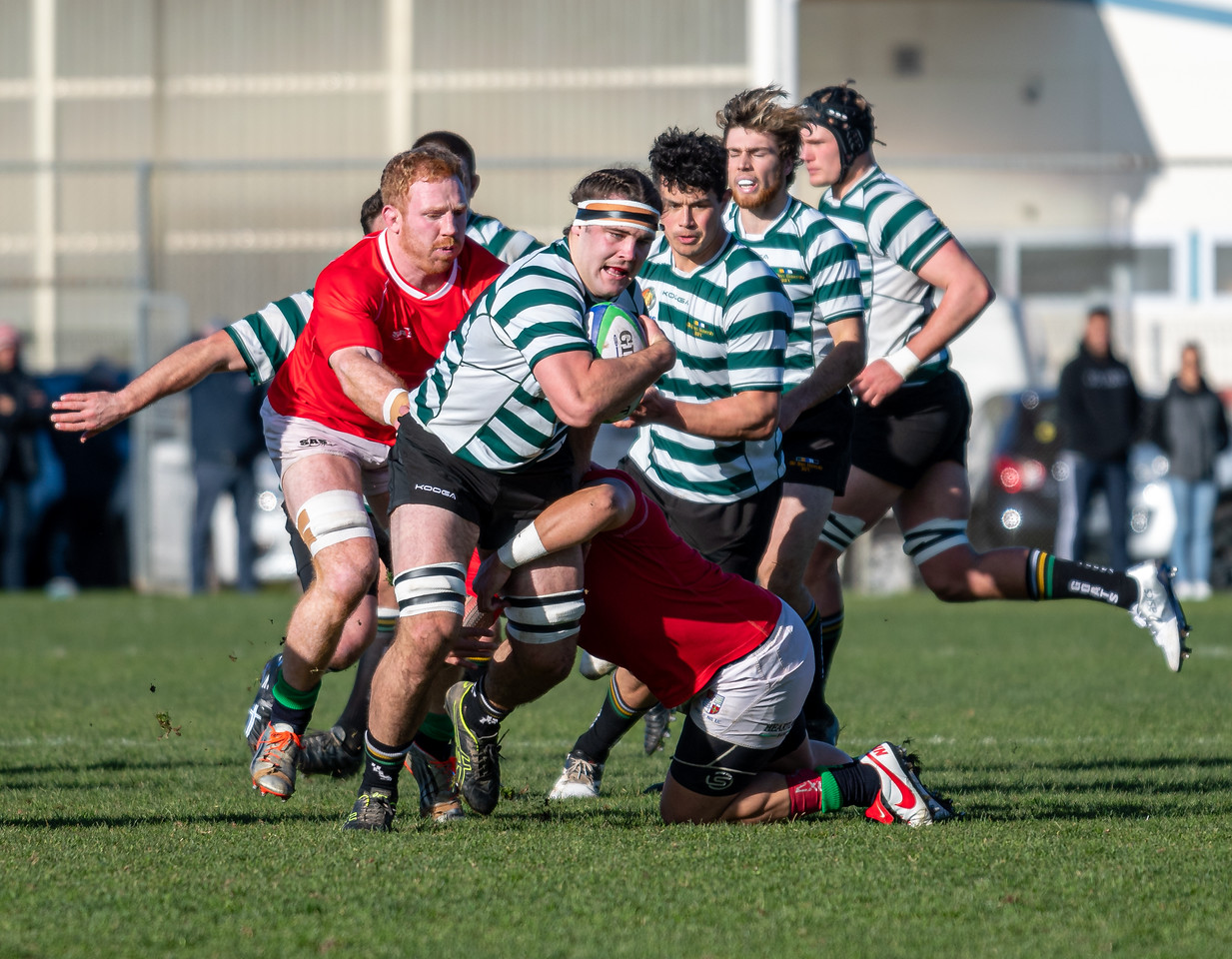 Shamus Hurley-Langton has earned acclaim for his unrelenting performances for Old Boys University and the Wellington Under 19’s in the past year.

The loose forward was exceptional at the National Under 19 Jock Hobbs Memorial tournament in Taupo in September scoring both tries in a heartbreaking semi-final defeat to Auckland.

In the 2020 Swindale Shield, he has scored five tries in six games as the students reside top of the table approaching the halfway mark of the reduced season.

He was right in the mix to attend the World Under 20 championships in coronavirus ravaged Italy, but inevitably the tourney was canceled – a disappointment that has taken some time to get over.

“It was my goal to make that team as soon as I left school. That was the case for all the boys. We had a camp a couple of weeks before lockdown and were told to wait and see what happened. Like everything in 2020 it was cancelled which was understandable, but disappointing,” Langton rued.

A New Zealand paper team was not named, or alternative fixtures have not been organised. However, feedback on improvements is provided by the Wellington Academy system.

It is doubtful that Hurley-Langton’s work ethic has been questioned. Raised on a dairy farm in the small Taranaki town of Opunake (birthplace of Peter Snell) he is the son of former New Zealand cruiserweight and heavyweight boxing champion James Langton.

James (nicknamed Batman) played 250 games for Coastal (the club of the Barrett’s) and took up pugilism to make extra money at 39. He was a national title holder at 42 and has sparred with Sonny Bill Williams and fought Monty Betham.

“My mum is the deputy principal at Hawera High School and Dad worked on the farm and played sport. It was a good upbringing swapping between Town and the farm,” Hurley-Langton reflected.

“I went to Francis Douglas in New Plymouth and made the First XV in 2015, a year after Jordie Barrett and Du’Plessis Kirifi left. It was tough boots to fill playing after the best teams the school ever had, but we were honest battlers.”

“I never managed to beat New Plymouth, but it’s a big occasion. The whole community embraces it in a way I have not experienced before. They were close games and one year we played on the stadium which was pretty cool.”

Offered a place in the Taranaki Rugby Academy, Hurley-Langton instead shifted to the capital to study design and communication at Victoria University.

He was introduced to the Billygoats academy and helped the Colts win the 2018 John E Kelly Memorial Cup, crushing Hutt Old Boys Marist 55-0 in the final

His industry was noticed by the Wellington Under 19 selectors and he was picked for the National tournament in Taupo eventually cracking the New Zealand Under 20 wider training squad.

“No one knew who I was before I went to the tournament, but if you play a few good games you start to get recognised. All the leading players are there, and the selectors are watching closely,” Hurley-Langton reflected.

“The 19’s was a big step up for me. You play three games in a week, so you learn a lot about recovery. The preparation beforehand is intense but more professional than anything I’ve been a part of.”

“No one likes playing for third, but in 2018 we let ourselves down against North Harbour. When we were playing for third again, we owed it to the boys close to making the New Zealand 20’s to put a performance together. We all enjoyed each other’s company and it was a good way to end,” Hurley-Langton observed.

Inexplicably after three Jubilee Cup triumphs in five seasons, Old Boys University were playing for the Hardham Cup last year. Remarkably the students scored more points (712) and won more games (13) than any other senior side in 2019.  Hurley-Langton made 16 premier appearances and scored five tries.

“Last year was funny. We didn’t quite click, and this can be a brutal competition. The Wainui game really hurt us. It only takes a couple of bad moments and you can be playing Hardham,” he said.

In 2020 Old Boys University has clinically accounted for five opponents all outside the top five, but on Saturday succumbed to high-flying Marist St Pat’s at Evans Bay Park, despite leading for most of the game. Is there a risk of history repeating? Are the students flattering to deceive?

“It’s always a big game against MSP because we’re rival clubs and it was their 50th. Our plan was to keep MSP out of our 22 because when they get their tails up, they can be lethal. We succeeded for the most part, but a couple of concentration lapses hurt,” Hurley-Langton explained.

“I cannot wait to play Tawa this Saturday. The loss might be a good thing for us. We have got a few things to work on and are not complacent,” he warned.

Tawa shares a 5-1 record with OBU after losing 0-5 to Norths on Saturday. It was the first time in 211 matches Tawa was held scoreless. OBU was last held scoreless 158 matches ago in 2012.

Hurley-Langton can be seen pouring pints at the Waitoa Social Club on a Friday night. Talkative trio Paddy Carter, Matt Fowler and Sam Reid, who all reached 50 games for the Billygoats recently, have been fruitless in their endeavors to coerce free beer from an honest, younger employee.

Below: Shamus Hurley–Langton running freely in recent games against MSP and Johnsonville (photos by Tom Minton) and Norths (photo by Andy McArthur).