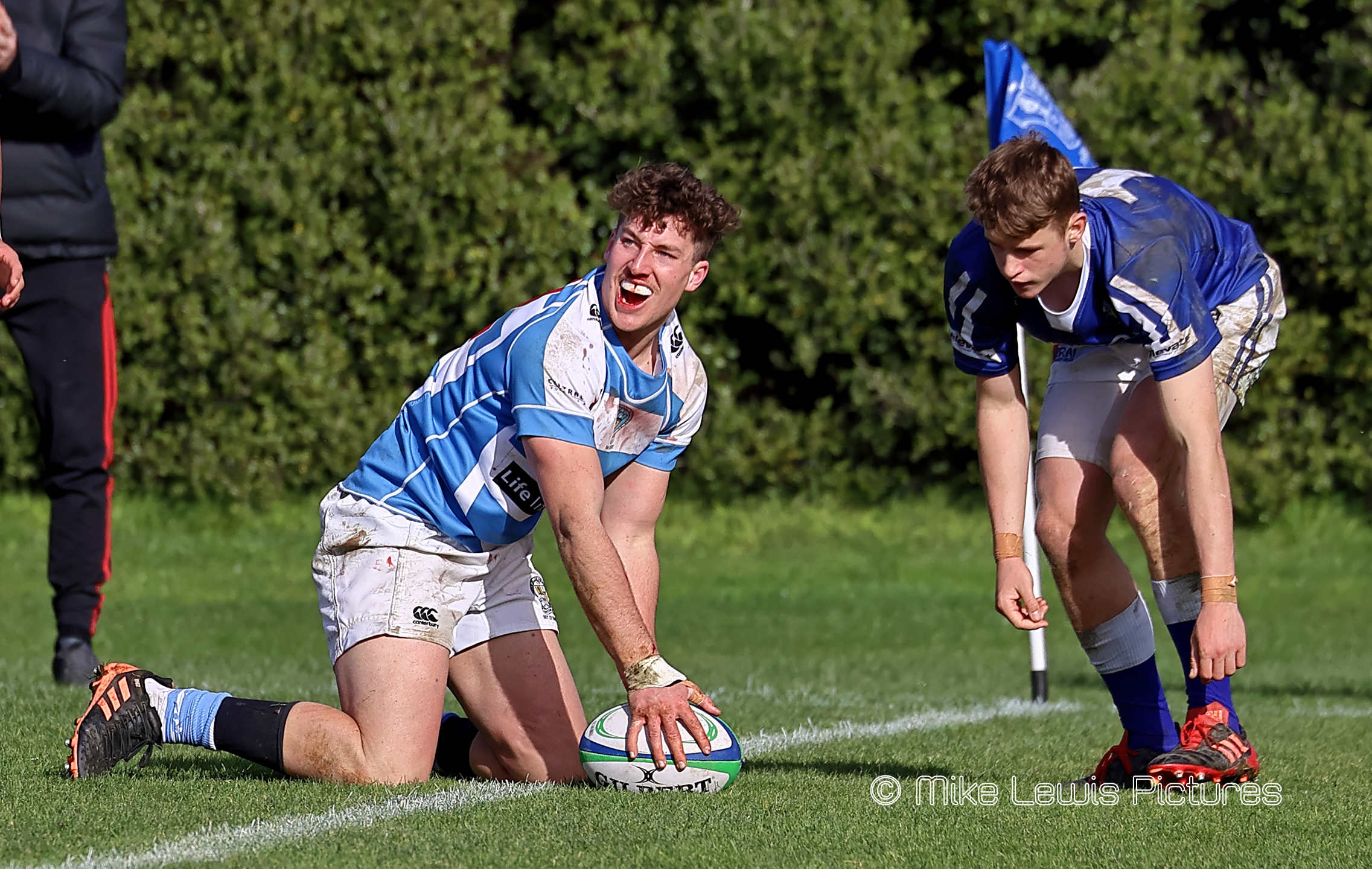 With less than five minutes remaining the visitors were down 17-14 and anchored inside their 22 where they conceded a scrum in centre field. Despite being hammered in that facet throughout, Silverstream remarkably hooked a tighthead and spread the ball wide to the left flank.

Centre Tony Solomona busted, and spotting Town had no fullback kicked towards the Town in goal area. In the pursuit of possession, a Silverstream player was taken out 35-metres away from the try line. Referee Matthew Thomas sensationally awarded a penalty try to Silverstream who claimed the lead for the first time in the match.

There was no doubt a Silverstream player was impeded, but points being rewarded so far out will be a bone of contention for many.

Town first-five Christian Stenhouse failed to find the 10-metre mark at the re-start and a stabilised Silverstream scrum salvaged the ball.

With renewed confidence the forwards stretched Town from side to side and then halfback Tjay Clark wriggled clear to establish a left side break by fullback Lachie Forbes which was finished by second-five Riley Higgins.

Despite being victims of a lopsided penalty count, Town should never have been overtaken. Bristling No.8 Jeramiah Collins (first nephew of Jerry Collins) barged over in the second minute as Silverstream struggled to contain the size and mobility of the home pack.

Silverstream were effective at winning breakdown turnovers and holding Town players up with high body position, but essentially, they were often in retreat. The scrum conceded three tightheads and a Stenhouse penalty made it 10-0 at halftime. The damage could have been far worse had Town’s handling been more accurate.

Solomona scored a quality try shortly after the break to close the deficit to 10-7. Silverstream won a clean lineout and Higgins drew in two defenders before suppling his sturdy partner.

Town front rowers Bradley Crichton, Moses Galuvao and Siale Lauaki are built like a block of flats and their physicality was outstanding. However, it was a sleight of hand in a midfield pod by the trio that led to Galuvao scoring a try after the ball was flicked between each other ‘hot potato’ style.

Silverstream No.8 Peter Lakai was a workhorse and he caught Town napping from a quick tap penalty to close the gap to 17-14.

Curiously, Town replaced their entire front row and Collins before conceding a yellow card for a ‘tip tackle.’ Despite being undermanned Town was held up over the line, but Silverstream’s physical inferiority diminished.

Silverstream is a fit and spirited team and with Higgins they boast a lethal strike weapon. Flanker Toby Crosby was a huge part of the resistance while loosehead Senio Sanele has considerable promise for a Year 11. Despite a torrid battering in the scrums he refused to completely wilt and roared home with a wet sail.

The Old Boys Cup has been contested annually since 1931 and Silverstream has won 63 of the 87 fixtures. They have won the last 11 in a row and only dropped this contest once since 1997.

The match doubled as a Premiership round-robin match. Silverstream take five points after securing a four try bonus point. Cruelly Town attain nothing, but if they can find some killer instinct, they will be a serious threat for the remainder of the season.

Round one Premiership games below (full draw HERE )