Skip to content
You are here
Home > Hurricanes > Aisle be Back: Hurricanes v Blues 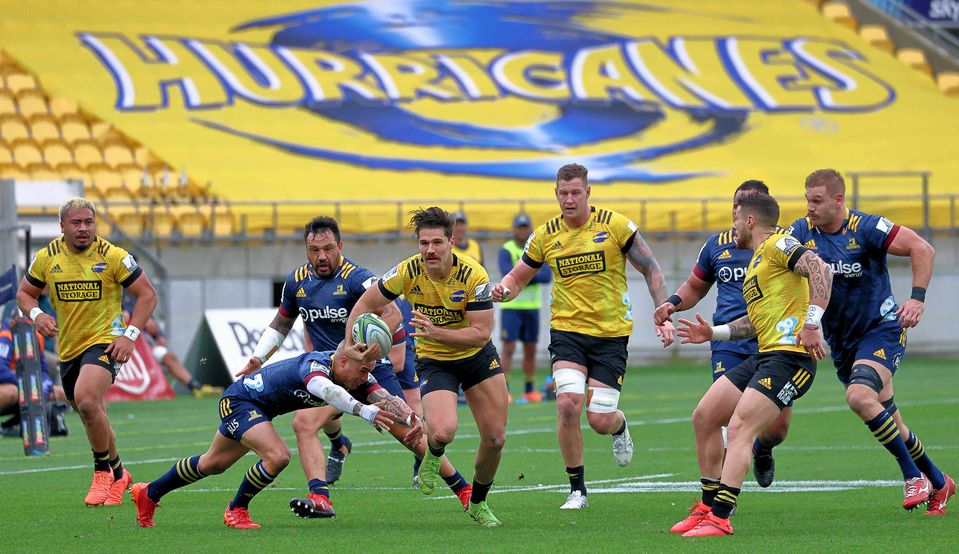 I am quite ashamed. After four plane flights over about 45 hours, spread across three weeks, with one cancellation and about eight million security checks, I arrived home to a quarantine hotel and tuned in 43 SECONDS late for the Hurricanes v Highlanders kick-off.

I do not intend to repeat the exercise in the hope of a personal best.  Fingers crossed and we are out and free by the end of July. Spare us any aggravation – honestly, the team of Five Million needs a decent bench and rotation is back as all the rage.

They say you can have culture shock even if it is involving your own culture. So, I watched the first half in shock. Had not seen any live rugby for quite a few months you see.

It was not that it was a bad match or a good match. It was more that it fitted the category of a willing match.

Nice to see the Hurricanes toughing it out and dominating for stretches, and frustrating to see them butcher a few chances as well. There is a lot to like about the team, and a lot of potential.

You have to suspect the best the – or anyone outside Crusader country – can hope for is second place, which makes this Saturday’s game at the Cake Tin absolutely must win.

The Blues of course must see it as the same, and if you treat the Crusaders as a sort of litmus test, the Aucklanders did the better in that examination. They should therefore be slight favourites this weekend.

Dull it will not be. Two top backlines and attacking mindsets. I might even mix myself a quarantini to watch it.

So maybe the Rugby Championship will end up as a mini tournament here, with COVID-free (we pray) NZ as the host for Australia, South Africa, and Argentina.

Not much in the way of details, but if we look at the simplest, it is three matches for each team, and the winner takes all. If matches are two weeks apart, it would take six weeks in total (2 weeks quarantine, and three games across four weeks)

If they are one week apart, then you could do it in 7 weeks (2 weeks quarantine, and six games across 5 weeks).  That would be pretty brutal though.

I would imagine the first scenario is workable – and could be shortened were the teams able to pre-isolate in their home countries, and fly in by charter so they don’t mix with anyone.

I doubt there would be a problem selling out the matches and TV audiences would be decent too.

Indeed, if it were a roaring success, maybe it would be the way of the future, with each Sanzar partner taking turns to host the tournament each season. It would sure save some air miles in the end.

So, we will wait and see if this is do-able.  Super Rugby Aotearoa maybe fine, but to really save the year, we need to see the Silver Fern again.

Dane Coles will return from injury to start in this Saturday’s blockbuster match-up against the Blues in Wellington, kick-off 7.05pm.

The Hurricanes currently sit four points shy of the Auckland-based side and will be in search of redemption following a 30 – 20 loss at Eden Park in round one.

Other than Coles, only two other changes have been made to the XV which beat the Highlanders last Sunday.

Jackson Garden-Bachop gets back the number 10 jersey from Fletcher Smith and Peter Umaga-Jensen makes a return to the mid-field.

The Hurricanes team to face the Blues is:

Aisle be Back: The return of the Hurricanes