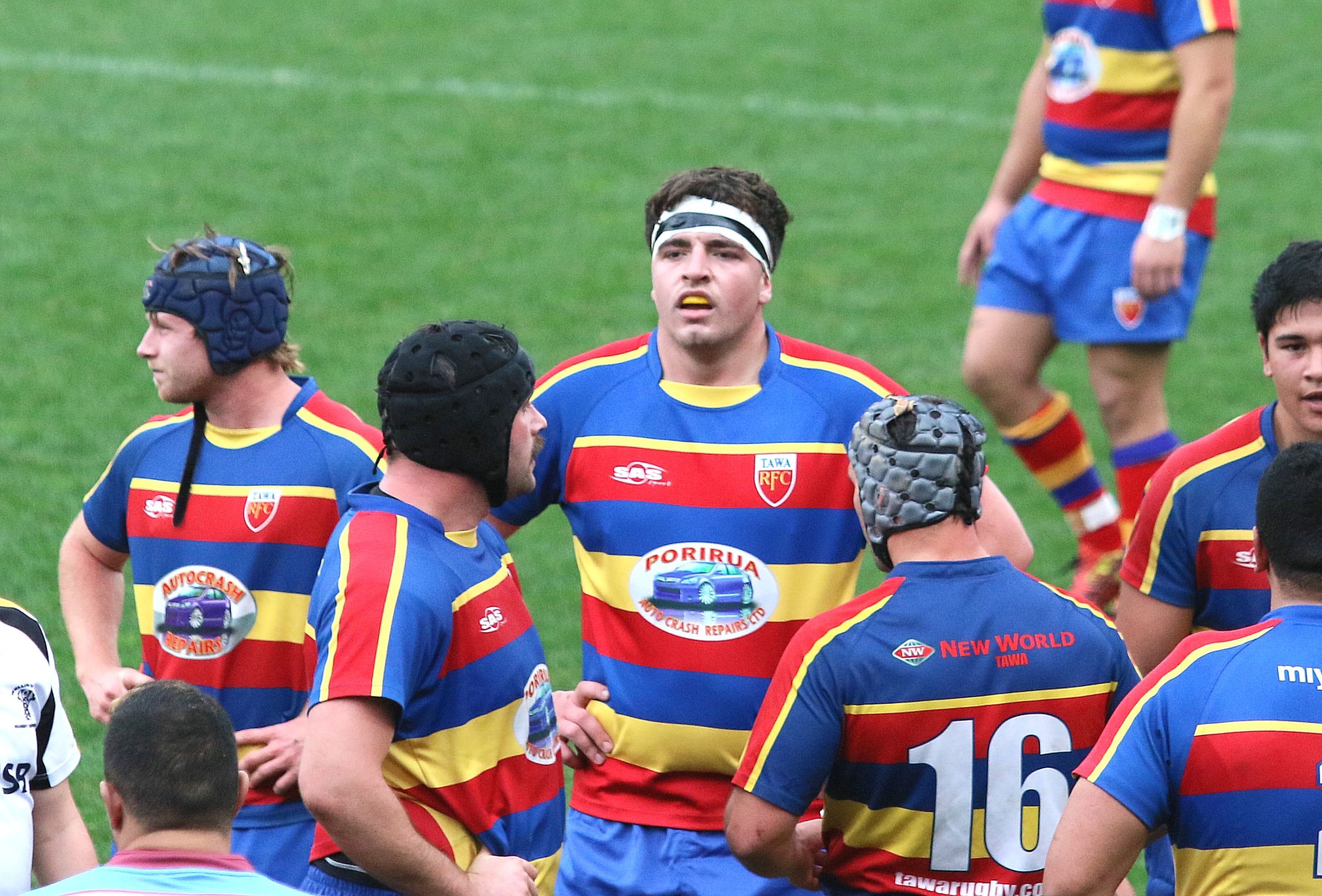 Above: Eammon Carr (centre) with his teammates in a break in play last Saturday.

In mid-2018 Eammon Carr complained of “not feeling right.” A visit to the doctors resulted in antibiotics being prescribed for a throat infection. With no immediate improvement, Carr returned to the doctors and was told he was suffering from a suspected case of glandular fever.

Sudden weight loss and complete lethargy followed and Carr’s instincts told him something was very wrong. In August a blood test revealed he had lymphoma, a cancer of the lymph nodes. Lymph nodes are glands that usually enlarge to fight-off bacterial or viral infection. Lymphoma was the cancer that killed New Zealand cricket legend Martin Crowe in 2015.

“Words can’t describe what it’s like to be told you have cancer, but I think other people were more upset than me,” Carr reflected.

“My parents were due to travel to Europe, but that fell through. It hurt watching others so sad.”

A Wellington Under-19 selection in 2017, the two-metre lock quickly established himself as a regular selection for Johnsonville. His last Premier match in 2018 was in June against Paremata-Plimmerton – Johnsonville won the game 22-13.

From August to November 2018 Carr endured four cycles of chemotherapy.

“Mentally it was draining. It’s intense but there’s nothing you can do. Sitting around doing nothing took a massive toll,” Carr mourned.

Johnsonville extended massive generosity in helping Carr recover. On September 30, 2018, a Givealittle page and fundraising quiz at the 1841 bar raised $17,500. Where did the money go?

“I used it to help set myself up as a builder and keep going financially on top of the benefit,” Carr explained.

“That night at 1841 was pretty special. To see all my friends and the rugby community turn out like that was massive,” he continued.

Tests on January 23, 2019, revealed he was in remission. Ignoring doctors’ advice Carr returned to rugby and made half a dozen appearances for Johnsonville in 2019. On May 18 against Upper Hutt, he sustained a compression fracture in the neck and was ruled out for the season.

In 2020 Carr is playing for Tawa. Doesn’t he owe Johnsonville some loyalty?

“My move to Tawa ruffled a few feathers and there are still some who aren’t very happy,” Carr admitted.

“It was a tough decision. I’ll always be grateful for what Johnsonville did for me but I felt it was time for a clean slate. I wanted a new challenge. There’s more competition at Tawa and cancer taught me to push myself more and try to make the most of my opportunities.”

Lockdown presented another “huge mental challenge” for Carr, but Tawa has begun the belated Swindale Shield in imperious form. Top of the table after two rounds, Carr started in their 31-3 victory over Wainuiomata and played most of the second half in the 58-10 thrashing of Avalon. He is jostling with quality youngsters Harry Plummer and Akira Ieremia for a starting spot.

By contrast, Jonhshonville is winless, though they provided earnest resistance against Poneke.

Carr identified the 2017 Hardham Cup as the highlight of his time with Johnsonville. The Hawks finished second, winning eight out of ten matches and earlier that season pushed Ories to the brink in the Swindale Shield. Former Manu Samoa international Kane Thompson was an admired mentor.  He played 40 games for the Hawks.

A Marist St Pat’s Junior, Carr attended St Patrick’s College, Wellington, and was a member of 2015 Premiership winning team. Living in Churton Park made Johnsonville an obvious choice after school.

He works fulltime for DRD construction and is presently working on a property owned by former Hurricane and current Manawatu CEO Shannon Paku.

His father Peter works for Transport New Zealand while his mother Catherine is with Medsafe. Carr concedes he still has a “long way to go” to reach his best but is grateful for a second chance.

“I honestly think the people around you are the most important thing. You learn who has your back when you’re going through a tough time.”

This weekend Tawa travels to Kilbirnie Park to tackle Poneke in the third round of the Swindale Shield.