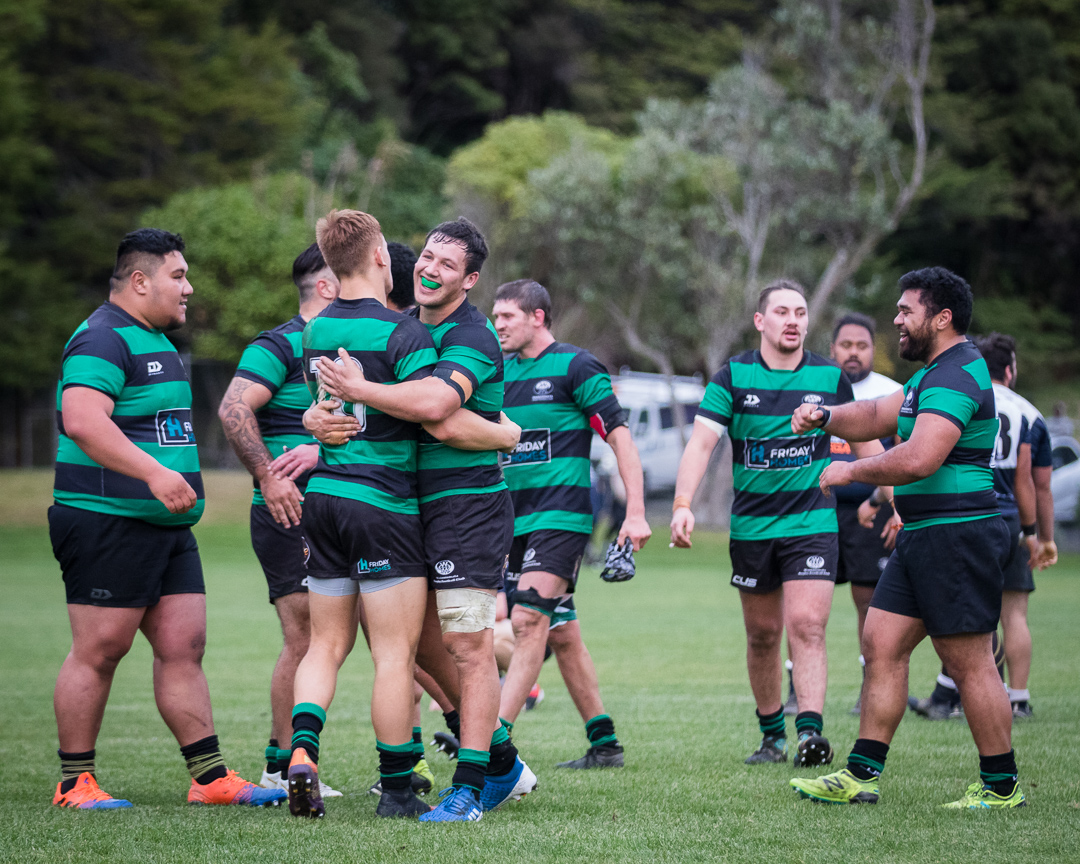 “It was super clean. You can’t rob me of that. You can’t do the dirty on me.”

“Did I do something wrong? I was onside. I was one hundred percent certain I got it down.”

These are the immediate thoughts of Trei Mu after he sent heads spinning at William Jones Park yesterday with an improbable try to give Wainuiomata an epic 28-23 victory over Petone.

With two minutes remaining and having led for the best part of an hour, Wainuiomata conceded a converted try to apparently surrender a deserved win. What happened next was genuinely extraordinary.

“Ruben’s (Love) plan was to kick short and contest for it. We were ready for that. We get to the line and he hides his face and he calls long,” Mu reflected.

“Peter (Umaga-Jensen) was the first there when I stood up. I out-paced a Hurricane,” Mu laughed.

The try wasn’t immediately given. There was a consultation between referee Jack Sargentina and assistant referee Jack Trevella, on his Premier debut.

“I was super happy to see the crowd losing their minds. That made me feel like I was doing my job. The fellas went hard afterward,” Mu said.

Sargentina has refereed Wainuiomata twice and on each occasion, they have scored 28 points in wins – there were 28 penalties blown too!

Mu replaced winger Jason Love a dozen minutes into the second half. His involvement was minimal until the last play.

Carne Green will struggle to forget his momentary lapse in reason which was central in the try. Despite the delirium, Mu was conscious of respecting his opponent.

“I didn’t say anything to him. It’s a pretty salty wound to let the game go like that. I didn’t want to hurt his feelings. He’s a good player.”

In the 2014 Jubilee Cup, Green kicked a sideline conversion on fulltime to give Petone a 27-25 victory over Wainuiomata.

Villagers’ victories against the Green and Blacks are few far between in recent history. Wainuiomata regained the Darren Larsen Cup for a 10th consecutive year.

“Petone is a grudge match for us. On the field we hate them and they hate us. Off the field we are friends,” Mu asserted.

“Greg is super passionate. He dropped a few F-bombs after Petone’s last try. He always wants us to do better. He believes the sky is the limit for us,” Mu acclaimed.

In just his first Premier match, Reuben Love pushed the limits with his change of strategy.

“He goes well and he takes charge. The boys understand if he makes a mistake you’ve got to roll with the punches. He does way more good than harm,” Mu observed.

Mu was educated at St Bernard’s College where he spent two years in the First XV.  In 2012 he played fullback when St Bernard’s scored a stunning 28-26 upset victory over Premier I champions St Patrick’s College, Silverstream. In 2013 he was deputy head boy.

He joined the Wainuiomata rugby club in 2014 swapping to league in 2016, returning to Union last year. He has played 16 premier games and scored his only other premier try against Paremata-Plimmerton in the fourth round of the 2019 Swindale Shield.

The oldest of four siblings Mu is a refrigeration engineer installing boilers, chillers, and air-con units. He was an essential service during the lockdown.