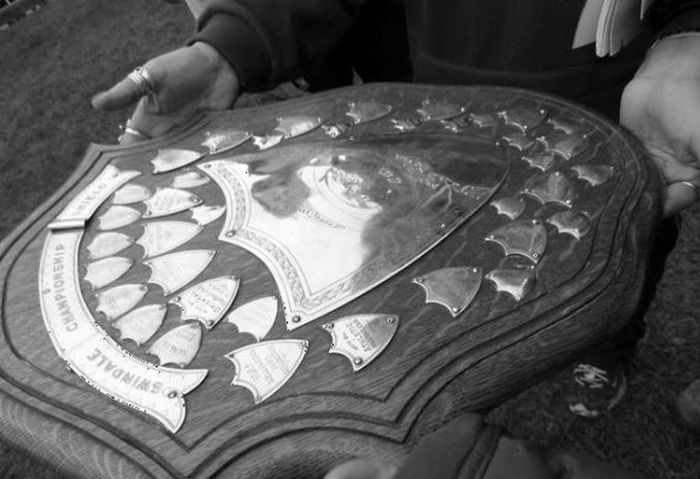 UPDATED: And so it begins. A little over three months after rugby – like almost everything else – was put on hold and the country headed into lockdown in response to the growing Covid-19 crisis, it’s back and we have a season that it looked doubtful we’d even have a few short weeks ago

It’s a spicy slate of matches to start the season which should generate plenty of interest and big crowds, and give an early indication of just how teams are faring after the extended offseason. The rather wet weather during the week will however curb the ambitions of some teams if their grounds soften quickly.

Last year’s two second-round trophy winners meet out at Jerry Collins Stadium, with Jubilee Cup winners Northern United hosting Hardham Cup holders Marist St Pat’s. Favourites in many eyes to do the double this season, Norths’ off-season recruitment has been on a level unseen in a very long time. Five of those players – Kevin Valeuaga, Lise Soloa, halves pair Adrian Seumanufagai and Manahi Moana, and Malachai Unasa-Knox start tomorrow with another, Noah Ironside, on the bench, alongside Antony Fox who returns this season after playing the last couple for Waikanae. MSP have announced a strong line-up and the earth could shake when the two front rows collide for the first time. MSP’s team also features the return of Isaac O’Connor at openside flanker after a two-year absence in the scarlet jersey and Hurricanes back-up halfback Jonathan Taumateine, as well as 2019 include NZ Schools duo Aiden Morgan and Matt Dobbyn. The match-up out-wide between JT Taotua and Willie Schutz will be one to watch.

Another Opening Day blockbuster is at the Polo Ground between a pair of last year’s Jubilee Cup sides. Oriental-Rongotai were devastated to miss out on last year’s final and will be more than keen to go one step further this year. Flyer Roderick Solo makes his Premier debut at fullback as part of a young Magpie backline, while the pack includes grizzled veteran Whetu Henry back for another campaign, Tuakana Metuarau, and John Tuia returning from injury. Hutt Old Boys Marist make the journey down from the Nest as they start their defence of the Swindale Shield; they’re without star recruit Pakai Turia but are not short of firepower. Hurricanes player Salesi Rayasi starts at fullback with younger brother Fritz debuting on the wing and joining fellow offseason Eagles recruits Josh Brown, Todd Svenson, and Waylon Tuhoro-Robinson. James O’Reilly starts at hooker between planet-sized brothers Brett and Rei Manaia.

The second match-up between sides that contested the Jubilee Cup last term has runners-up Wainuiomata hosting Tawa at William Jones. Despite several offseason retirements there’s plenty of experience in their pack, led by Greg Lealofi who has recovered from the leg break he suffered in last years Jubilee Cup final. While there are returns to the green and black for winger Jason Love and midfielder Tyler Tane, the availability of Hurricanes centre Peter Umaga-Jensen, and a debut for halfback Jordan King, eyes will be on ex-Palmy Boys star Ruben Love who starts at 10. Like Ories, Tawa will be keen to put the disappointment of last year’s semi-final exit behind them and start a familiar looking lineup with just three debutants in lock Eamonn Carr, Trent Renata at first-five and outside him new arrival Lumafale Lualua, with Akira Ieremia – son of Alama and last years Silverstream 1st XV captain – on the bench.

After missing out on even defending the Jubilee Cup and the falling short of winning the Hardham, Old Boys-University start their quest for redemption in the comfortable surrounds of Nairnville Park where Poneke are the visitors. The Goats start several of the side that lost that Hardham final but are bolstered in the pack by the addition of lock James Poloniati who finished joint-third in the Best & Fairest with Wellington last season and joined by Olly Polsen as starting debutants. Poneke are without their standouts Greg Foe and Nick Robertson and have no fewer than five players making their starting debut – openside Huawai McGahan, halfback Mario Counsell, and outside backs Suitulaga Filemoni, Bruce Siale, and Isaae Moe Jenkins – while four others have a combined 14 starts between them. That’ll put some real onus on veteran trio Cole Stewart, Galu Taufale, and Ben Huntly who’ll lead the side this season as he closes in on the 200-start milestone for the club.

There’s two more new look sides at the Petone Rec with the home Villagers and visiting Johnsonville boasting a raft of new faces. Like HOBM, Petone have benefitted from the fallout at Upper Hutt, and former Rams Josh Houston-Tupou starts tomorrow with the highly regarded Josh Southall to join him from the pine. Former Scots College back Jaylen Tuapola and last year’s Colts captain Niko Manaena join them, while there are also returns to the saddle for Jack Ross and Willie Tufui.

Now under the guidance of Roy Kinikinilau the Hawks are also a revamped outfit as they go in search of their first win in the Swindale in over two years. Ha’amea Ahio returns, part of the group that have followed Kinikinilau from the eastern suburbs that includes younger brother Paula, Andy Ellis, and Ivan Vaisagote. There’s also debuts for Irish duo Niall Delahunt and Mark Sutton, who Ellis played with at Naas, just outside of Dublin, over the 2018/19 northern season.

The final two matches of this preview are meetings between sides that contested the Hardham Cup last term. Out at Ngati Toa Domain Paremata-Plimmerton host the Upper Hutt Rams, where the home team will have seven players making their starting debut for the club including the entire backline bar fullback Kewa McMillan-Parata, but also have plenty of experience in their forward pack which includes the return of hooker Alex Hinchliffe after a year spent travelling and Peni Taupau debuting in the front row. The Rams’ tribulations have been well documented with a wealth of talent having left and experience having retired but do have Hurricanes player Murphy Taramai available to them with the other point of interest being Daniel Schrijver’s return at centre instead of his usual loose forward role.

Lastly, back in the city Wellington start their milestone 150th season of competition play at home against Avalon. As is the norm for them these days, the Axemen start a bunch of new faces though the Covid pandemic has denied them a couple of their overseas recruits, but there’s a host of regulars as well, including the seemingly indestructible Sam Gard’ner, No.8 Max Allen, and halves pairing Isaac Bracewell and Matt Goosen. The Wolves are also a familiar group, with Daley Ena captaining the side from upfront, the Aumua brothers Chris and Sefo, openside Logan Blake, and backs Tom Kiwara and Jordan Aquila. New faces are hooker Jacob Faifai former Silverstream winger Reihana Dalton.

All seven Premier matches get underway at the usual time of 2.45pm.

The second tier has a different look to it this term. There’s the same number of teams, but with Stokes Valley stepping up together with a second side from Petone – in part driven by the fact there won’t be a First Grade competition this season – offset by the absences of Wellington and Upper Hutt.

That all said, the highlight clash tomorrow is at the JCS where Norths, winners of the championship Ed Chaney Cup, host defending Harper Lock champions MSP – who last lost a Harper Lock match over two years ago, and ironically to Norths. Both sides look set to benefit from the significant depth in their Premier squads, so should be a real cracker.

In the remaining fixtures that mirror the Premier clashes to follow OBU hosts Poneke at Nairnville, Ories and HOBM meet at Polo, Tawa heads to Mary Crowther to face Wainuiomata (12.45pm), and Petone A welcome Johnsonville to the Rec. Petone’s B side and Avalon have agreed to meet on neutral ground in the city at Kilbirnie 2 (12.45pm), and Stokes Valley take their bow in the grade away at Ngati Toa Domain against Pare-Plim.

All matches are at 1pm, unless stated above.

The Women’s competition also gets underway this week, with their season consisting of a full round-robin for the nine teams and likely followed by the two sets of playoffs for the second-round silverware to finish the season before the Farah Palmer Cup.

Like the Men, the opening round has the two trophy holders in champions Oriental-Rongotai and division 2 winners Marist St Pats meeting in the first round in an eastern-suburbs derby, while Norths and Old Boys-University start their seasons by clashing at the JCS.

The other two fixtures have Paremata-Plimmerton hosting Hutt Old Boys Marist at Ngati Toa, and Avalon make their return by hosting Poneke on the Fraser Park turf. Petone has the first-round bye.

With the remaining club grades scheduled to kick-off next week, the remaining competition action is at college level which has Tranzit Coachlines onboard as naming sponsor. For sixteen teams, their initial focus falls on qualifying for the coming season and potentially one of the six places in the Premiership.

In the Top 8 bracket there are 1pm matches for Wellington College – going through this for the first time – who host Porirua, and for Tawa who again head over the Remutaka’s to play Wairarapa College, while at 2.30pm Aotea host Hutt International and St Bernard’s head up the coast to play Kapiti. The second 8 has Upper Hutt hosting Bishop Viard, Taita are visited by Mana, Wainuiomata are at home against Paraparaumu, and Hutt Valley take on Onslow; all at 2.30pm.

Last year’s top four aren’t idle however as they’ll play a round-robin amongst themselves while qualifying takes place. This weekend has Scots hosting Rongotai, and Town visit their brethren out at Silverstream with those also both at 2.30pm.

Elsewhere, there are grading matches in the lower Premier ranks and for the U15 grade, while it’s preseason contests in the three weight-restricted grades.