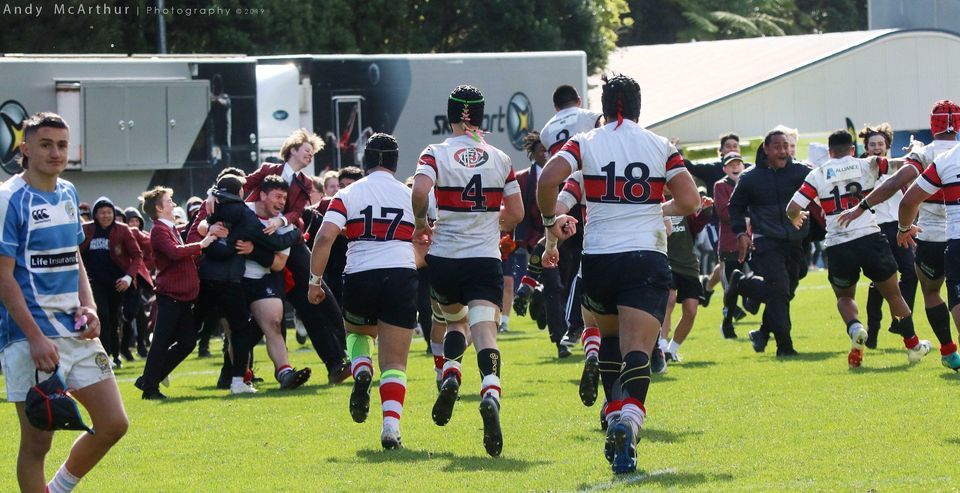 Remarkably the 2019 Hurricanes Under 18 squad featured nine players from Scots College and just a single boy from traditional powerhouses Wellington College and St Patrick’s College, Silverstream. What does this say about the standard of the First XV Premiership and the calibre of talent destined for club rugby from high school in 2020?

Obviously, players are sourced from more than three schools, but there are concerns about the competitiveness of high school competition and falling numbers.

This reality puts pressure on clubs as they too struggle to fill places, but conversely it increases the value of genuinely talented youngsters willing to learn and serve.

Club Rugby casts an eye across Wellington to try and identify the leading youth that could flourish in Colts rugby and some feature at Premier level at the start of a new decade as the delayed season gets underway this coming weekend on 20 June.

As always, this is not a ‘definitive’ list, just a look at some of these players out of First XV rugby.

MSP have struggled for some time to fill the void at first-five, with the seemingly timeless Fa’atonu Fili only making occasional appearances. Have they found the solution to their 10 pickle with Aidan Morgan? The New Zealand Schools rep helped King’s College win their first 1A Auckland title since 2005 last year and comes to the capital with big wraps. Can cover fullback and is an accurate goal kicker.

Ruben Love was outstanding for an overachieving Palmerston North Boys’ High School. Covering first-five or fullback he was selected for the New Zealand.  His performance against Scots College at Jerry Collins Stadium helped Palmerston North erase a 17-0 deficit and win through to the Hurricanes Regional final. Love heads to Wainuiomata to start his club rugby career.

Also arriving having played for the full NZ Schools side is Matt Dobbyn, who came off the bench for both internationals last year. The hooker joins MSP from Hamilton Boys’ High School, who again made the National Top Four and whose players typically bring a top attitude, fitness and ability wherever they land.

What about home grown talent?

Oriental-Rongotai will have the talents of Scots College pair Roderick Solo and Ethan Webster-Nonu. Both outside backs are lethal attackers given space and freedom at schoolboy and representative level and both played in Saturday’s NZ U20 trials in with Morgan.

Ropati So’oalo is quiet and unassuming off the field but has been a leader on it for Aotea College for the past few years and was selected in the NZ Schools Barbarians in 2018 before bizarrely being overlooked completely last year. He joins Norths this year where he should thrive in their environment. The midfield or outside back has already played for Norths in sevens rugby at the tail-end of last season, but an injury prevented him from playing in the National Club 7s.

Ropati So’oalo, on debut for Norths this past sevens season.

Rogers will add some more muscle to an already crowded tight forward group at Norths while Paul was a big reason for his First XV’s resistance. Rongotai earned a home semi-final in the Premiership competition with second-five Paul a fierce defender and gifted attacker and organiser.

Akira Ieremia is a lock (and New Zealand age grade representative volleyballer) out of St Pat’s Silverstream and has joined Tawa. The son of Alama, he’ll to add depth to their forward ranks and complement Hugo Plummer who played his first Premier season in 2019.

The final member of Wellington’s NZ Schools selection contingent – Hutt International front row/loose forward Harrison Press – has headed to Dunedin for study and will turn out for the University club down there.

Openside Studd was captain of the Wellington College First XV last season, and despite his team having a poor year, he grew in stature as a leader and can always be relied upon to make his tackles. Winter is an industrious lock with a big heart who did four years at Hutt Valley High School before transferring to Wellington College for his last year. Mannix returns from the UK after a stellar 2018 saw him lead St Patrick’s College Silverstream to the Premiership title. He is a burly and busy loose forward.

Evans punches well above his weight at either first-five or fullback. His eye-catching speed and free-wheeling approach often creates excitement and if he can develop a stronger kicking game and tactical nous he should give the Wellington Under 19’s squad a nudge.

Sagela Aukusitino is a welcome gain in the back for MSP. The strapping winger from St Pats Town was a consistent threat in an otherwise inconsistent team

Kalin Letoa is a wing/fullback out of Wellington College who will enjoy the Poneke style of rugby.

No article looking at last year’s first XV players is complete without casting an eye over Old Boys University. With some second-year players returning to their books in 2020, such as Hawke’s Bay U19 loose forwards Josh Gimblett and Tiaki Fabish and Wellington U19 player Luke Gilbert, a new group will be coming through.

Two tries for St Pat’s Silverstream in last year’s First XV final – including the first to lock and captain Akira Ieremia who joins Tawa in 2020: