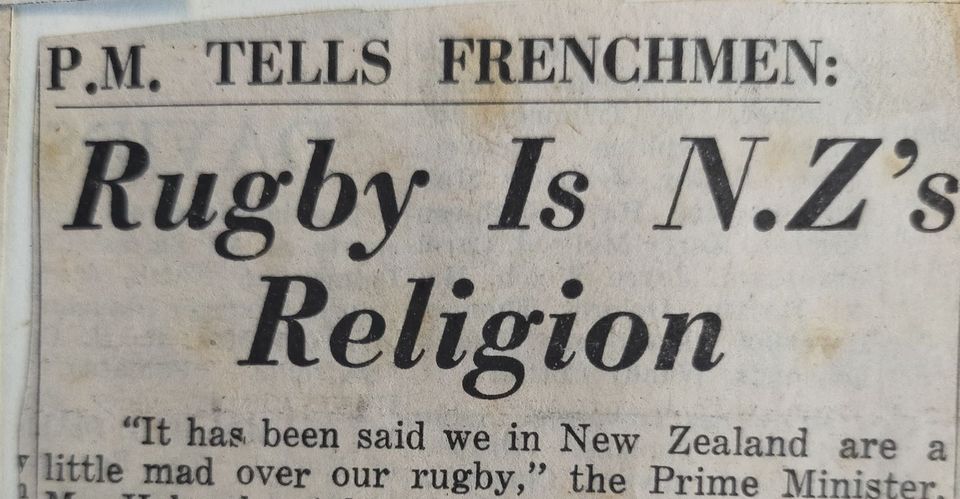 For the first time this year, we can say welcome to a new week in rugby!

Even if it is just pre-season and warm-up fixtures to look forward to before the start of the competitive club and college seasons getting underway the following weekend.

The Government has announced we will move to Covid Level 1 at midnight tonight.

Most club rugby draws around the country have been confirmed by unions, with the WRFU releasing the full first round Premier Men’s and Women’s draws late last Friday and with the promise of further draws being finalised and released early this week (further commentary around these below).

Many teams and clubs will be playing pre-season/warm-up matches this coming Saturday.

Some Premier pre-season games that are confirmed as of Monday morning (courtesy of the WRRA appointments website) are:

We will update these matches, and others, as details come to hand.

Super Rugby also starts this weekend. The Saturday games coming up have now been changed from 5.05pm to 7.05pm, so clubs can work in around this as well.

The revised Swindale Shield draw has thrown up a mouth-watering slate to open the much delayed season. Jubilee Cup winners Northern United open at home against Hardham Cup holders Marist St Pat’s. HOBM start their Swindale defence away at the Polo Ground against Ories, and Bill Brien Shield holders OBU are at home against Poneke. Jubilee runners-up Wainuiomata are at home against Tawa, Petone host Johnsonville, and in a pair of all-2019 Hardham match-ups, Wellington are at home to Avalon and the Upper Hutt Rams head over the Haywards to face Paremata-Plimmerton.

Other features of the draw have the Jubilee Cup final re-match between Norths and Wainuiomata scheduled for the mid-point of the competition, though the venue is TBA as the WRFU considers this round for a Gala Day to balance out the number of home and away games. Round six has a series of blockbuster games, with the McBain tilt between Petone and HOBM, the Hardham final rematch between MSP and OBU, the always physical clash between Norths and Tawa, and Ories seeking semi-final payback against Wainuiomata.  Poneke and Petone meet a week earlier when HOBM also face Tawa, Ories and Poneke clash for the Jimmy Grbich Shield in round 8, and the Battle of Kilbirnie between MSP and Poneke comes in round 10.

Also issued Friday was the Women’s draw for the first-round Rebecca Liua’ana Trophy, which once again features nine teams with the only change being Avalon colours replace Wainuiomata ones in the Valley’s third team. The opening round has defending champs Ories at home against fellow eastern suburbs side MSP, Norths host OBU, Pare-Plim are visited by HOBM, and Avalon take on Poneke with Petone having the first-round bye. The highlight clash of the two titans – Ories and Norths – is scheduled for the final round as the likely title decider.
With the Pride campaign to follow the season is likely to end two weeks later, suggesting the top 4 teams will play off for the championship Tia Paasi Memorial and the next four for the Izzy Ford Cup.

But against that is that this season’s Premier Reserve competition will have a different look. Although not announced by WRFU, Club Rugby understands that the requirement for Premier clubs to have both a second team and a Colts has been relaxed, with clubs only required to have one or the other for this season. It is believed that Wellington is one club that will be going without a Premier Reserve side this season with rumours of up to three others doing the same yet to be dispelled, while it is understood that Stokes Valley is interested in stepping up particularly if there are insufficient entries to run a First Grade competition in 2020.

Rumours are also circulating around the rest of the international season. It seems only a matter of time before The Rugby Championship is cancelled along with the annual Northern tour with a four-Test Bledisloe and three-Test series against South Africa taking their place, and the possibility of All Blacks being available for the early rounds on the Mitre 10 Cup.

While it’s not yet sure whether Sheridan Rangihuna will pull on HOBM colours this season after all, he’s still adding to his list of accomplishments. An exceptionally accomplishment golfer as well, he recently hit the perfect shot on the Par-3 3rd at Lower Hutt’s Boulcott’s Farm course.

Five years since Jerry Collins died in a car crash in France.

The 2020 Ramsbottom Cup Premier Competition has six teams – Levin College Old Boys, Paraparaumu, Rahui, Shannon, Toa and Waikanae. The draw is a seven-game competition with Semi Final to be played on the 8th August and Finals weekend on Saturday the 15th August at the Levin Domain.

The Bill Muir Cup played for by Senior Reserve side sees Levin Athletic, Levin College Old Boys, Paraparaumu and Rahui play a two Round (six-week competition) with the Finals weekend being played on Saturday 1st August at the Levin Domain.

New Zealand’s first inter-college rugby match was played between Wellington College and Nelson College  on the Basin Reserve in 1876.

Wellington College were captained by A.W.G Burnes, who had the distinction of scoring the game’s and thus First XV rugby in New Zealand’s first try in the 14-0 win.

Burnes was described as wearing a black bushy beard. What’s more, several other players on each side had facial hair going on.

He had already become the first schoolboy to represent his province when the year before he played for Wellington against Auckland.

Additionally, Nelson were short by two players, and one of their players that did take the field was one J.P. Firth who was junior master at the school at the time, later to return to Wellington and be junior master of Wellington College between 1881-86 and headmaster from 1892-1920. It was Firth’s passion for rugby that helped establish the game in the schools in Wellington and he also arranged that school’s first fixtures against Wanganui Collegiate and Christ’s College.

Club Rugby thanks Wellington sports author, editor and publisher Joseph Romanos for kindly donating his large collection of rugby books and some other miscellaneous scrapbooks, photos and clippings etc.

For now, this is stored in a mostly organised way in an alcove at CR HQ, but will soon migrate to shelving once some current renovations are more advanced.

Looking for something? Please inquire about Club Rugby book club on 027 4897999 or by email to editor@clubrugby.co.nz.

Club Rugby is also interested in adding to this collection – so if you have any old books or memorabilia or clippings, particularly related to community and club rugby, please contact us and it will find a good, meaningful home for the next 50 years all going well.