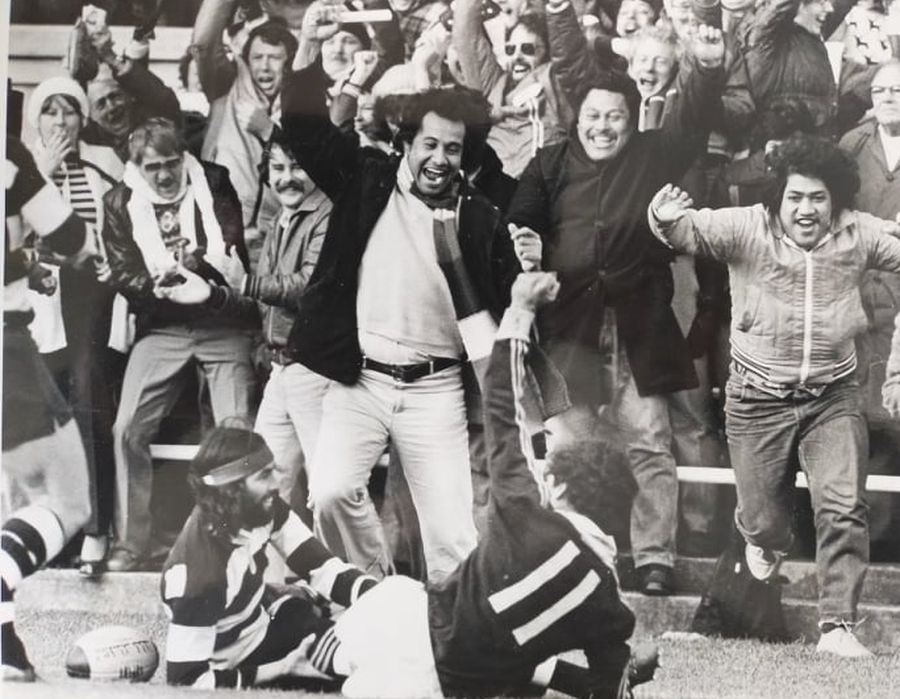 It’s the start of June and – all going well – a return to rugby is imminent.

Just one more weekend to cut the lawns before the rugby starts up again on 13 June (pre-season/practice weekend) and then competitions kicking into action on Saturday 20 June.

The Swindale Shield draw is now being created and will be published by the WRFU as a final version by fulltime on Friday. Accompanying this will be the Premier Women’s Rebecca Liua’ana Trophy draw too.

As noted on this website last week, a 10-team college First XV season will also get underway on 20 June. Six teams will join last year’s top four – a process which will include Wellington College for the first time.  Whilst this is happening, Scots, Silverstream, St Pat’s Town, and Rongotai will warm up with a series of matches against each other.

Football started up this past weekend, so the round ball code is underway. Visit Wareham Sports Media for more.

The return of the rugby season also means the return of referees to officiate the game. As of late last week, the Wellington Rugby Referees Association reported that some 80 of its members had indicated a return to the whistle in 2020, down from some 138 last year. This could increase with three weekends before expected kick-off while player numbers and teams might be down accordingly as well.

Manawatū rugby clubs have had their affiliation fees wiped for the year, in an effort to help them survive the coronavirus-inflicted economic climate. Clubs usually pay the fees based on the number of teams they enter into senior competitions, with the money going towards operation costs of various leagues. The club season is due to start on June 20 with the Hankins Shield, currently held by Feilding Yellows. Manawatū Rugby Union chief executive Shannon Paku said the union wanted to help clubs get through the Covid-19 downturn. Read more HERE

The Canterbury Rugby Football Union also recently announced that all affiliation fees for clubs and schools will be waived for the 2020 season. The move, which was approved by the CRFU Board and endorsed by the sub-unions will help clubs support their members by minimising barriers when participants return to play. The decision means that there will be no costs for clubs and schools to enter club rugby competitions in the Canterbury Metro, North Canterbury and Ellesmere regions for the upcoming season and will allow clubs to reinvest the income from its members back into the club to help reduce the impact of COVID-19. “The Canterbury Rugby mission is to unify and serve our community and this decision is at the heart of that message” said Tony Smail, CRFU CEO. “Clubs and players are the backbone of our organisation and by waiving these fees it will help clubs to work with their own members, ensuring that finances are not a barrier that prevents people from joining their rugby club.”

A full 13-team Farah Palmer Cup was on Friday confirmed by New Zealand Rugby (NZR), with the season to kick off in August.

After collaboration with Provincial Unions, 13 teams have committed to the competition which is set to feature 39 matches, kicking off on 22 August. A revised format will see teams compete in North and South pools, with seven weeks of round robin, before two weeks of play off matches.

The full draw for the 2020 Farah Palmer Cup will be unveiled in the coming weeks.

34-year-old Read, who retired from the All Blacks at the end of RWC2019, has been named an Officer of the New Zealand Order of Merit (ONZM) for services to rugby.

Read ended his international career as the second most capped All Black of all time, playing 127 Tests between 2008 and 2019, starting 120 of them, and captained the side in 52 Tests. Lardelli was named a Knights Companion for his services to Maori arts. One of New Zealand’s leading Maori art exponents across many disciplines, he composed Kapa O Pango, which was unveiled for the first time at a Test between the All Blacks and South Africa in 2005.

Kapa O Pango, an alternative to the more well-known Ka Mate haka, was designed to reflect the multicultural make-up of the All Blacks. Its words and actions celebrate the land of New Zealand / Aotearoa and the silver fern, and the name of the haka can translate simply as ‘team in black’.

There will be no rugby in South Africa anytime soon. South Africa media carried the following release this past weekend:

The South African government maintained a ban on all contact sports competitions on Saturday because of the coronavirus, meaning the country’s professional rugby teams and its world champion Springboks will remain out of action.

South Africa Rugby CEO Jurie Roux welcomed the move as “an opportunity for our players to enhance their lockdown training regimes by increasing their fitness work for an eventual return to play.” He added he would seek clarification over whether full-contact training would be allowed.

SA Rugby had been hoping to play again and hold a domestic event to make some money, matching competitions planned in New Zealand and Australia.

South Africa’s Super Rugby teams have been out of action since mid-March. The Springboks’ July matches against Scotland and Georgia, the first time the national team was scheduled to play since winning last year’s World Cup, were postponed as World Rugby announced its entire mid-year test window would be rescheduled.

Cash-strapped SA Rugby has announced salary cuts of between 25% and 43%, including for its players, this month in an effort to save up to $70 million.

A promotion for the 1993 club rugby Jubilee Cup final in Wellington: