Skip to content
You are here
Home > Club Rugby > From the vault: 11th round matches in photos 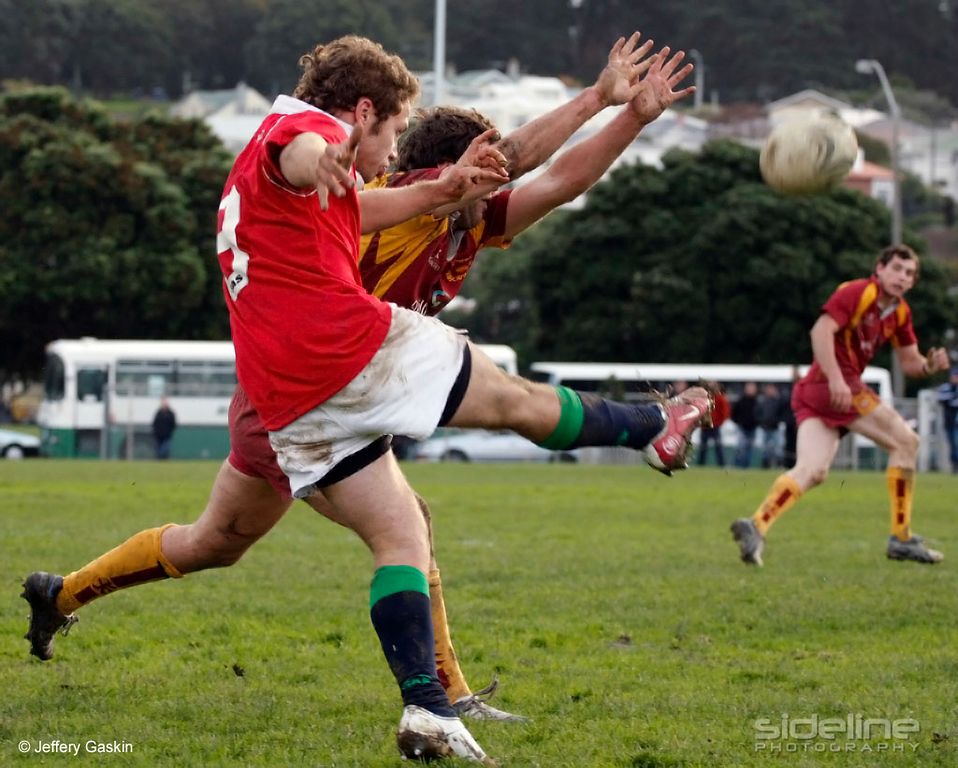 Above: Peter Sciascia kicks ahead for Marist St Pat’s against Upper Hutt in the 11th and last round of the Swindale Shield in 2008. MSP were presented with the first round silverware after this match.

If the season ran its usual course, Week 11 of the Wellington club rugby season would be this Saturday.

The rugby community remains sidelined, as the country comes back from Covid-19 lockdown.

We are now at Level 2, with Saturday 20 June slated as the start date for the 2020 competitions.

Until then, here are some images from our photo galleries vault of 11th round of Swindale Shield matches and, last year the opening weekend of Jubilee Cup contests.

2005: Upper Hutt with the Swindale Shield, their first (and still only) major title since 1990. Upper Hutt won 10 straight to win the first round with a week to spare, before going down to Marist St Pat’s 12-11 in their last match at home at Maidstone Park. PHOTO: Dominion Post.

2007: Northern United captain Faifili Levave with the Swindale Shield, after their 72-0 last round win over the Wests Roosters at Ian Galloway Park. Norths won 9, lost 2 and scored 465 points and conceded 161 in 11 first round matches.

2010: Lock Api Naikatini leads the way for Norths in their last round 34-18 win over Poneke. Norths completed a clean sweep first round with 11 straight wins and a points for and away record of 546/197. Norths would go on and win the Jubilee Cup, beating Poneke in the final.

2012: Polonga Pedro holds aloft the Swindale Shield after HOBM had beaten Wainuiomata 24-11 to win the first round outright. HOBM won 10 and lost 1, scoring 357 points and conceding 180.

2013: A full club celebration at Lyndhurst Park for Tawa after winning their maiden Swindale Shield. Tawa were held to a 29-29 draw by MSP in their last round match, but they held off Ories by 3 points on the points table. Tawa won 9, drew 1 and lost 1 and scored 368 points and let in 158. They would go on to win the Jubilee Cup as well.

2016: Out of the shadows. First five-eighth Greg Mullany cuts through to score his second try of the match in Poneke’s 23-20 win over Old Boys University at Kilbirnie Park for the Beet Algar Rosebowl. This was OBU’s only defeat of the first round, en route to them winning the Swindale Shield in a fortnight.

2018: Brett Manaia stretches out to score a clutch try in HOBM’s 29-20 win over the Avalon Wolves for the Billy Herbert Trophy. PHOTO: Hugh Pretorius.

2019: Northern United defeated Poneke 26-0 in the opening round of Jubilee Cup matches.