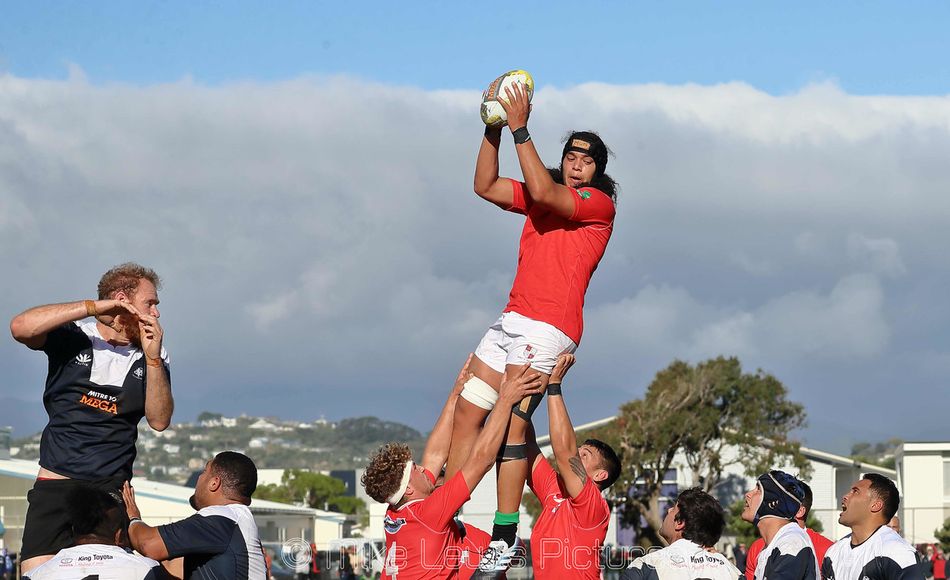 Naitoa Ah Kuoi left Wellington to play Super Rugby for the Chiefs because it was a “great opportunity to grow my game and become more independent.”

A Covid-19 lockdown and pair of twins later the 20-year old has grown up quicker than most youngsters migrating for career prospects.

On April 9 his partner Kayla gave birth to twins Rylee and Reegan in Tauranga.

“The best thing I could have done is to sit there and shut up, but I didn’t. I was pacing around and asking to help which was useless. It was tough to see Kayla in pain and not be able to do anything. There were 14 people in the room and it was hectic,” Ah Kuoi reflected.

“My children were born around 4:30 pm. The day before I had to drive Kayla to Tauranga because Hamilton was full.”

“Because of coronavirus protocols I was only supposed to stay in Tauranga for the birth. I ended up staying all day which was lucky and overwhelming,” he said.

For safety reasons Ah Kuoi was separated from his children for five days providing further time to come to terms with being a father. What type of father does Ah Kuoi want to be?

“Watching my own dad and other fathers has shaped my thinking. I’ve got to be myself, a role model working hard to give my kids the best chance of success,” he responded.

Pragmatism is another helpful tool. Dealing with first-time pregnancy in lockdown could have ended disastrously.

“It had its ups and downs, but we know each other pretty well so we know what to do and what to avoid. I’ve heard lots of crazy pregnancy stories, but we maintained a good bond,” Ah Kuoi reflected.

“Being a stay at home dad the last three weeks has been awesome. Kayla has grown so much as a person and a mother. I’m very proud of her.”

“They’ve been awesome. They have good support systems up here and a lot of the players are fathers themselves so they’ve put things in place to help me be a good father and professional rugby player. If it wasn’t for them, it would be tough by ourselves,” Ah Kuoi admitted.

The Chiefs are hoping to be out by themselves when Super Rugby Aotearoa starts on June 13. Considered a leading contender in 2020 they were New Zealand Conference leaders until their last match in the abandoned competition on March 13.

A loss to the Hurricanes, a team Ah Kuoi trained with and was perhaps expected to be a part of, saw the Waikato based franchise slip to third.

“That seems like a long time ago,” Ah Kuoi said.

“Personally it was an awesome game to be a part of. I got good minutes before a big crowd.”

“There were a few words from the Hurricanes boys, but that’s part and parcel of the territory. My coaches warned me to keep a cool head which was appreciated.”

The lock has made six substitute appearances for the Chiefs, growing in stature in each outing.  The former Wellington Under 19 captain has enjoyed being a follower rather than a leader.

The lineouts are “well-coached” with an emphasis on the “basics” while he has adopted new All Blacks skipper Sam Cane as a mentor.

“He’s a good bloke, honest and genuine. He leads by his actions and is very approachable. If he doesn’t know the answer to a question he will tell you and help you find one,” Ah Kuoi acclaimed.

Waikato Stadium has proven an enjoyable venue but will provide a vastly different atmosphere with no spectators.

“I love playing in front of a crowd and in Hamilton you hear everything because the fans are so close to the action,” Ah Kuoi enthused.

Despite hip and knee injuries last year, Ai Kuoi was selected for the New Zealand Under 20’s and played all 11 games for the Wellington Lions, runners up in the Mitre 10 Cup [National Provincial Championship] Premiership.

He is hoping to ascend one step further with the Chiefs who begin their new campaign against the struggling Highlanders in Dunedin.

“It’s a new competition. Nobody will be easy. We’ve never been through coronavirus before. We have to go with the flow and take things one step at a time.”

Rewind to August 2017 to when we caught up with Naitoa Ah Kuoi and locking partner Taine Plumtree as the then Wellington College players prepared to play St Pat’s Silverstream in that year’s Wellington competition First XV final: