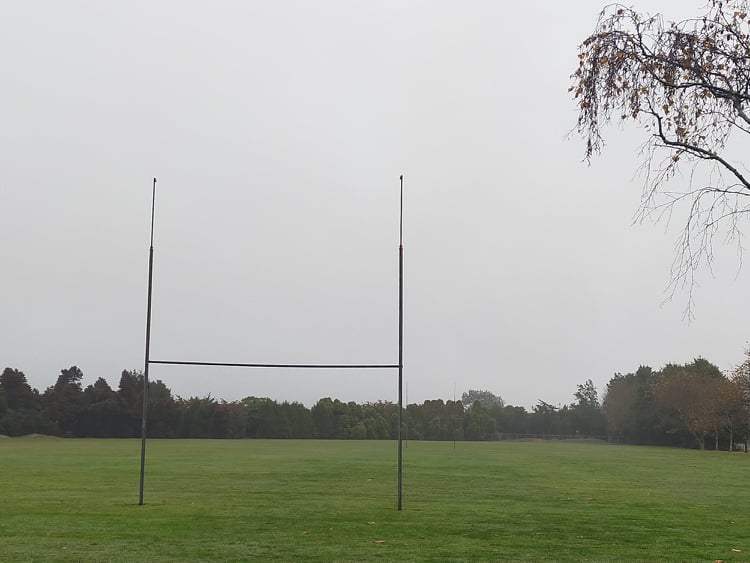 Big earthquake to start the week at Club Rugby HQ in Ōhau this morning. That’s all we need right now as we move closer to a re-start for community sport.

Government is expected today to announce a decision on removing, or at least expanding on, the 10-person social limit put in place two weeks ago (or maybe they have by the time you read this). That remains the biggest hurdle to getting rugby going again, as New Zealand Rugby’s plan to have competitions back and running again hinges on that and teams being able to train ahead of a June 20 restart. However even if that limit remains in place, limited trainings could take place with Sport NZ having amended their guidelines to permit groups of up to 10 to train at a single venue, provided those groups don’t overlap or interact.

When we get to the season though, what might it look like?  Assuming there’s no delay to the planned for start date and NZR having announced that the Mitre 10 Cup will kick off on September 11, that gives a 12-week window to get a club season in, though Lions coach Leo Crowley would probably want to get a preseason match in if possible.

One possible format is one we’ve published previously; two pools of seven seeded on last years finish with a round-robin and one crossover game, followed by the top 4 in each pool playing a knockout for the Jubilee Cup and the bottom 6 teams for the Hardham Cup. However Club Rugby has also heard whispers of playing the Swindale Shield as DRAWN followed by a top 4 for the Jubilee Cup (which would potentially entail a mid-week round), as well as playing a full 13-game Swindale Shield followed a top 4 which would have the season overlapping with the Mitre 10 Cup. With second-tier representative rugby likely to be a non-event this year, that might not be a bad idea.

The waiting game goes on for the province’s leading Women’s players as to their representative season with nothing yet confirmed about the Farah Palmer Cup (something that Pride hooker and long-time friend of this website Alice Soper has been very outspoken about). However they has been some movement with NZR appearing to be leaning towards playing a competition albeit in some truncated form with as many as five of the 13 teams sitting the season out.

Speaking of Alice Soper, this is committment:

Could Wellington skip the Mitre 10 Cup this year?  It’s a possibility if reports in the past week are correct with four provinces – Northland, Southland, Taranaki, and North Harbour – all indicating that their financial positions would make paying players difficult. Otago and Wellington were also reportedly considering not playing, with both unions also in a parlous financial situation and facing a similar problem – the cost of opening a large stadium for minuscule crowds.

Club Rugby sends it’s thoughts and best wishes to those staff at both Wellington and New Zealand Rugby facing redundancy.

Some rather unfortunate news out of the top of the Hutt Valley in recent days, with rumours of a large sum of money going missing from the Upper Hutt Rams. Club Rugby believes that the Rams were one of five clubs in a shaky financial situation (described as “red”) after a review by the WRFU at the start of the Covid crisis, and understands that an amount of at least $20,000 and potentially as much as three times that has been misappropriated. The club have put a statement on their Facebook page, and will address the matter at a Special General Meeting next week.

Another casualty of the Covid-19 pandemic are the Secondary Schools National Top 4‘s usually played in Palmerston North during the winter tournament week, with organisers finally pulling the pin last week. Locally however, College Sport Wellington intends to run a full season, but won’t push winter sports beyond the end of Term 3 (end of September).

An interesting story last week, on a topic being discussed at Club Rugby recently. That of year 13 First XV players (and all sportspeople that age) potentially being robbed of their final year of sport in school

It was suggested that 2021 might see an influx of “year 14s” returning to school for sport.

Anxiety is building for some 1st XV rugby teens who say playing in front of no fans could be the difference between a career in black or one in an orange jumpsuit.

It sounds extreme, but some schoolboy rugby players rely on their last eligible year of 1st XV as the final showcase to secure a professional contract.

Due to coronavirus restrictions, even when rugby on a schoolboy level returns, it will be without the large crowds we are used to seeing.

No fans means no talent scouts either. And that has the players concerned.

Of course, for the reasons given, this will be largely unfounded as academy and representative coaches will already know who most of the players in line for professional rugby are. A silver lining of a reduced first XV season could be a bolstered Colts grade in 2021.

Then there was the inevitable cancellation late last week of the Oceania U20 Championship, after being postponed earlier in the year.

Originally scheduled to be played on the Gold Coast from May 27 until June 6, the four-team tournament that involves Australia, New Zealand, Fiji and Japan was postponed last month.

The news follows World Rugby’s cancellations of the World Rugby U20 Championships, set to be played in July.

New Zealand’s second oldest rugby club, the Greytown RFC, might shut – but not because of Covid-19.

The community-owned Greytown Trust Lands Trust has pulled its rental subsidy for 140-year-old Greytown Rugby Club and bowling club’s land, meaning both may face closure without a bailout.

The district council has suggested saving the clubs to the tune of $2.7m or buying the land outright, sparking complaints from a neighbouring town of preferential treatment.

Such a shame. Read more HERE

A consequence of the current situation is a lot of New Zealand players potentially returning home early from Europe. Julian Savea is one such player, and his options are open. Perhaps he will turn out for Ories and Wellington this year?

Thank you to those who have supported me over the past two season here at RCT. I will forever be thankful for this experience and my time in Toulon. Very bittersweet moment not getting to end the season the way I wanted to, but also very excited for this next journey ahead of me. I want to thank all my brothers that I’ve played with over the past two seasons, you guys are very special to me and I’ve made some life long friendships I will cherish forever. I want to thank @rctofficiel, the coaching staff and the management for always being good to us. It’s been a long journey and not a pretty one either but the highs definitely outweigh the lows ?❤️?❤️

The impact of the early end to the Championship season on 20 March amid the coronavirus pandemic has compounded RFU cuts to clubs’ central funding.

In February, clubs were told RFU cash would drop by almost £250,000 over the next two seasons.

A number of clubs, such as Nottingham and London Scottish, have decided to become semi-professional as a result.

Coventry chairman Jon Sharp told BBC Sport he expects his side will lose around £750,000 in revenue if their operations do not start up again until September.

This will be the first live rugby everyone gets to watch next month, so who ya got? ???? #rugby #rugbyunion #superrugby #superrugbyaotearoa #blues #chiefs #hurricanes #crusaders #highlanders

Petone win McBain as part of tight round of matches