Skip to content
You are here
Home > Club Rugby > From the vault: eighth round matches in photos 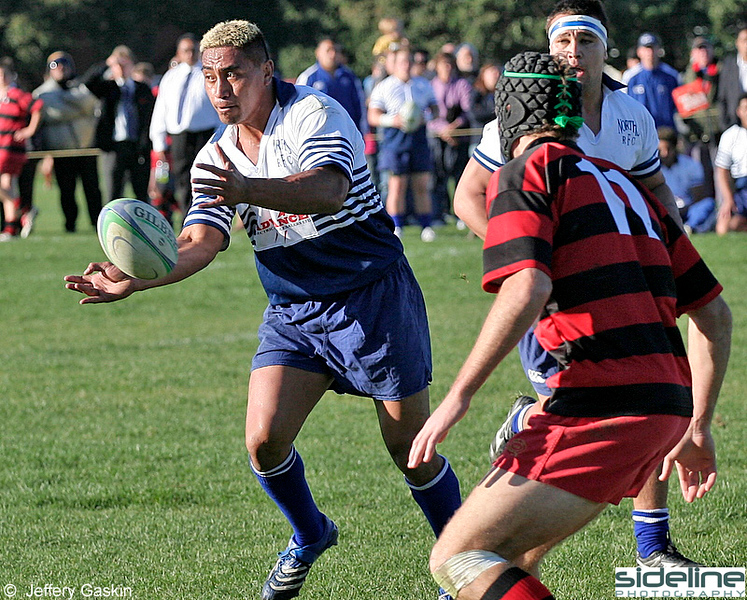 Above: Jerry Collins playing for Northern United against Poneke in their 2007 Swindale Shield clash at Kilbirnie Park. Another loose forward, Serge Lilo, scored two tries in their 30-14 win. Norths would go on and win the 2007 Swindale Shield and Poneke would be second – making this match the deciding encounter in the first round competition.

The eighth round of the 2020 Swindale Shield was originally scheduled this Saturday, as the competition enters its next phase of the 20 week season.

But the rugby fields remain silent as Covid-19 Level 3 keeps everyone away from each other.

Below are some images from our photo galleries vault of eighth round club rugby matches in recent seasons.

2002: Tau Tapasu assists Shane Page over the tryline for Poneke in their 16-16 draw with Petone for the F.J. Tilyard Memorial Shield. Poneke had the better of the first half and led 9-6 at the break, before Petone hit the lead through a try to wing Alex Telea. They stretched their advantage to 16-9 through a Joe Collins try. But this try of Page’s helped level the scoreboard through to the fulltime whistle. PHOTO: The Dominion 13/5/2002.

2004: Marist St Pat’s midfielder Trent Eagle has his wings clipped by a number of Upper Hutt defenders at Maidstone Park. MSP won this game 26-14 with flanker Matt Egan scoring two of four tries for the visitors. MSP would finish third in the 2004 first round Swindale Shield, while Upper Hutt were ninth and headed for the Hardham Cup. PHOTO: The Dominion Post.

2008: Poneke No.8 Chris Brightwell makes a run off the back of a scrum while his opposite Thomas Waldrom looks up inquisitively in Poneke’s 50-15 eighth round win at Kilbirnie Park. Poneke were sixth in the 2008 first round while Avalon went winless.

2011: Halfback TJ Perenara scampering ahead for Norths against Tawa in their Sammy Saili Memorial Shield fixture at Lyndhurst Park. Norths won 36-8 and defended their Swindale Shield title while Tawa finished well down the field.

2012: Ories halfback Sean Hay kicking for territory towards his clubrooms against Norths. Ories won this match 22-16 in what was a replay of the previous year’s Jubilee Cup final which was won by Ories.

2013: Prop Chris Eves making one of several powerful runs for the Wests Roosters in their 52-8 win over Rimutaka at Ian Galloway Park. Eves scored a try in this fixture in what was the ‘battle of the wooden spooners’.

2014: Lock Steve Bradshaw on the charge against Old Boys University in a high quality Wood Cup clash that saw the Eagles win 33-17. HOBM would go on and beat Wainuiomata in the championship final at the same venue three months later.

2016: A reversal of the above fixture two years later, with OBU prop Jonathon Fuimaono leading the way in the OBU’s 45-38 win at the Hutt Rec. OBU went on to win the 2016 Swindale Shield.

2019: Two tries for midfielder Peter Umaga-Jensen in Wainuiomata’s 27-0 win over Ories in an eighth round fixture at William Jones Park.

2019: Game highlights of Petone’s 58-22 win over the Wellington Axemen at the Petone Rec for the Bill Francis / Jack Taylor Trophy.