Skip to content
You are here
Home > News in briefs > This week in club rugby history: 4 May – 10 May 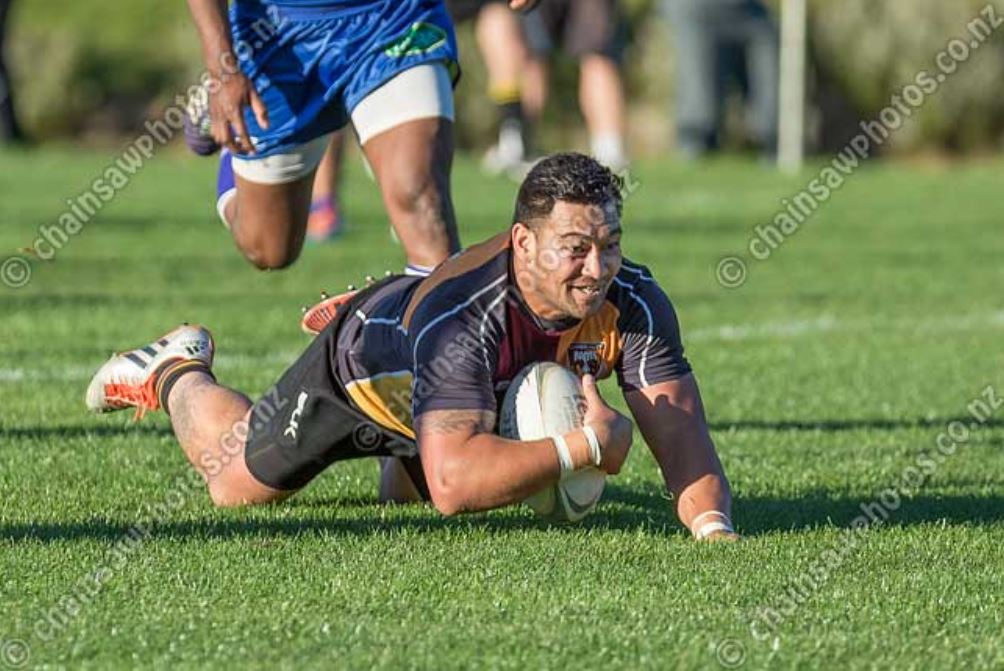 Joyner Key crossing for the winning try for the Upper Hutt Rams in their 31-30 win over Northern United in 2015. PHOTO: Chainsaw Photos.

2013: A day of dramatic results. Tawa their sixth win in seven matches over a spirited Old Boys University, scoring the winning try late and then holding on to win 22-19. Rimutaka grab headlines for the wrong reasons, losing 0-127 to HOBM and the scoreboard short circuits. Petone edge Poneke 25-24, Wainuiomata beat Marist St Pat’s 31-24 on MSP’s Old Timers’ Day and Norths account for Wests by the 97-48 in a free-wheeling fixture.

1990: Hutt Old Boys prop Mike Edwards scores a 77th minute try to give his side an 18-15 victory over MSP. Upper Hutt continues to set a hot pace, beating Ories 28-13 and registering their sixth straight win.

2018: It has taken 25 attempts, but Paremata-Plimmerton have finally broken their Swindale Shield duck away from home with their 14-8 win over Wellington at Hataitai. Since entering Premier rugby in 2015 they’ve only tasted success three times away from Ngatitoa, all in the 2016 Hardham Cup where they beat OBU B, MSP B, and Johnsonville. The run of play is tight on a typically gravelly day at Hataitai, with the winning try scored in the 78th minute and converted from the sideline. The two clubs’ Colts sides meet for the inaugural  Daniel Baldwin Memorial Cup, following Baldwin’s passing while playing for the Axemen in this match last year.

1967: In a stirring Athletic Park performance, Taita beats Wellington 11-9 to lead the new Swindale Shield first round competition after four rounds. Taita fullback A.F. Eagle kicks a 60-yard goal on the angle late in the match for victory. Eagle confirms afterwards that he has never before kicked a goal from halfway.

1995: MSP and Petone will square off for the Swindale Shield, after MSP flanker Gordon Simpson is Man of the Match in his team’s 16-6 win over Johnsonville and Petone centre Tana Umaga stars in his side’s 27-6 win over Avalon. In another match today, Harlequins No. 8 Elliott Fuller scores a hat-trick in their 58-5 win over Ories.

1955: Former Petone first five-eighth Jackie Dougan has made the switch to Onslow and today makes his debut for his new club against his former one. Petone win the match 6-3. Petone and University, who defeat Taita 27-6, are the two unbeaten teams after three rounds.

1960: The Dominion reports that Marist hooker Mick Horan suffers a ‘painful mouth injury’ after an ugly outburst among the forwards, but wing Mick Dennehy scores a hat-trick for Marist in their 21-3 win over Poneke. Meanwhile future All Blacks wing Rod Heeps scores a 65-metre runaway try for Athletic as they are upset by Hutt 14-9.

1988: Denis Tocker scores a hat-trick of tries and Chris Welch scores a brace for MSP in today’s 41-15 win the feature match against previously unbeaten Ories. Elsewhere, Poneke wing Tony Waldron scores a hat-trick in his team’s 45-10 win over Tawa and Wainuiomata fullback scored one try and sets up several more in their 41-9 winover WCOB.

1994: Flanker Gordon Simpson stars in MSP’s 18-15 win over Petone in tonight’s midweek Swindale Shield final at the Hutt Recreation Ground. Simpson leads MSP to victory with a storming match and to their first Swindale Shield since 1988. For Petone, it’s their second consecutive narrow loss at the end of the first round after being pipped by Avalon 21-22 the previous year.

2011: Ories, one of this year’s favoured teams, are pipped 17-12 by Tawa in a thriller. Tawa score the winning try at the end after trailing 12-10 deep into the contest. Elswhere, Petone inflict an emphatic 46-14 victory on Marist St. Pat’s to win back the Bill Elvy Memorial Trophy in style. Petone lead 17-7 at halftime but take control of the match soon after halftime, No. 8 Piers Gordon scoring a hat-trick.

1974: Onslow upset Petone 13-12, but Petone retain its one-point lead in the Swindale Shield after their main

2010: Petone celebrate their 125th anniversary weekend with a stunning 28-21 win over long-time rivals Poneke. In a fairytale finish and with scores locked up, Petone captain and hooker Eugene Smith scores after 20 phases and first five-eighth Ben Aoina adds the fulltime conversion.

1959: Poneke defeat previously unbeaten Petone 9-0 in this round four clash, and also win the Fred Tilyard Memorial Shield off Petone who had won it for the first time the previous year. Poneke and University are now the two undefeated teams, defending champions University overcoming Taita 28-12 and young fullback Mick Williment scoring 19 points.

1987: Wellington fullback Evan Hopkin scores 19 points in the Axemen’s 27-6 win over University. Frontrunners Wellington have scored 24 tries in six games and Hopkin is the competition’s leading points scorer so far with 61.

2015: The Upper Hutt Rams leave it to the last play of the game to pip Northern United 31-30 to take the Terry Farrow Memorial Trophy. Fullback Joyner Key took a pass from prop Apa Heemi in his 100th game for the club and runs through to score under the posts and he then calmly converts from in front. The Rams had led 10-0 after 10 minutes and then 18-6 at halftime, but in a helter-skelter affair, Norths take a 30-24 lead when Inoke Rasabale scores in the corner.

1969: Senior division newcomers Upper Hutt cause a major upset, beating in-form Wellington 12-3. Upper Hutt’s two heroes are fullback Alan Dudley and No. 8 David Allan. Upper Hutt’s first win of the season means Petone – who beat Onslow 20-15 – have a four-point (two-match) lead at the top of the table to a group of six teams in second place.

1997: Johnsonville spring one of the upsets of the season in routing Tawa 47-15. Johnsonville race to a 28-3 lead through tries to playmaker Sio Thomas (2) and fullback Damien Wards (2), while flanker Sene Ta’ala is the Man of the Match. This win is a catalyst for Johnsonville going on to win this year’s Swindale Shield.