Skip to content
You are here
Home > Club Rugby > From the vault: Seventh round matches in photos 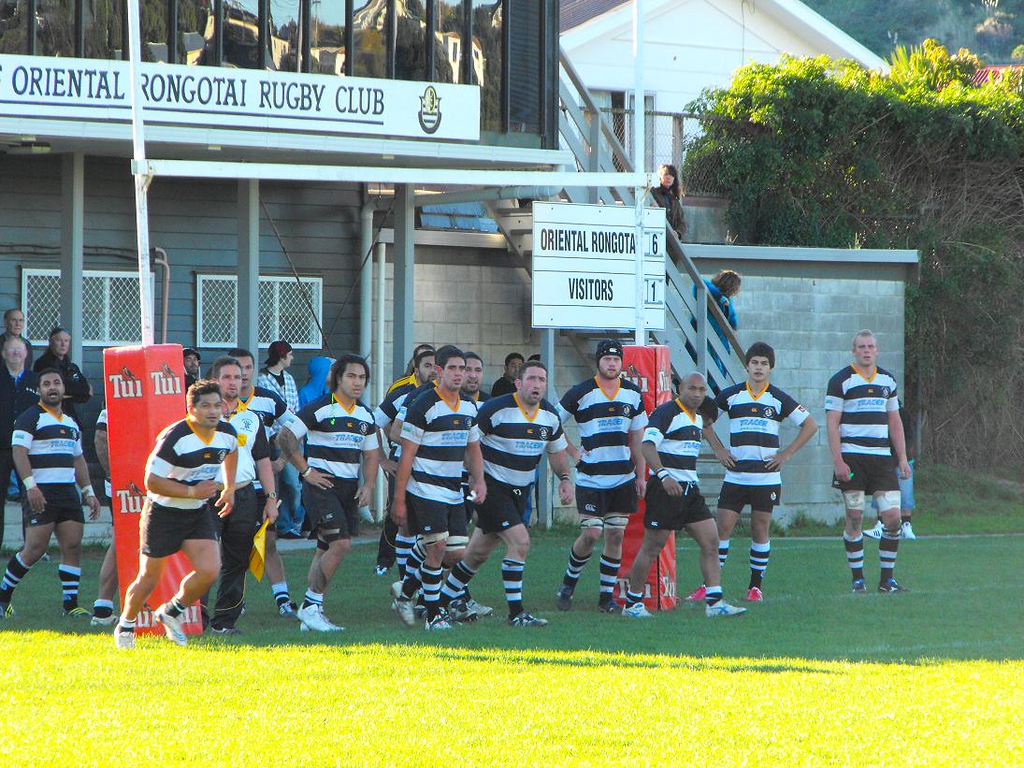 Ories players under their own posts against Marist St Pat’s in 2009. Ories came back from this early setback to win 30-24.

The seventh round of the 2020 Swindale Shield was originally scheduled this Saturday, on the first weekend of May.

But the rugby guns remain silent as Covid-19 ravages the sporting nation.

Swindale Shield games this week would have been:

Below are some images from our photo galleries vault of seventh round club rugby matches in recent seasons.

2005: Upper Hutt’s Chris Puketapu surging ahead against Northern United with Cory Jane on his outside. Upper Hutt won this top-of-the-table match 10-5 and went on to win the Swindale Shield with a round to spare. The two teams met again in the Jubilee Cup, with Norths winning 10-8 in the round-robin and also winning 26-21 in their semi-final. PHOTO: The Dominion Post.

2007: Wests Roosters hooker Luke Mahoney breaking free to score a clutch try in his team’s 20-17 win over Avalon at Fraser Park. Wests won three tries to two. Wests would sneak into the Jubilee Cup round, while Avalon slipped to 11th of 12 teams.

2013: Two tries for Nene Va’alepu – to go with a hat-trick each to his brother and right wing AJ and fullback Johnny Teleaga – for Norths in their free-wheeling 97-48 win over the Wests Roosters. Across town on the same day, HOBM beat Rimutaka 127-0.

2014: MSP centre Cardiff Vaega slices through to score a bombastic try on neutral Kilbirnie Park against Petone in their 39-29 Bill Elvey Memorial Trophy win. MSP went on to win the 2014 Swindale Shield title.

2015: Try time for lock Jamie Norman against Wainuiomata in their 37-21 win over Wainuiomata for the Peter Jones/Dave Ritchie Cup at home at Maidstone Park.

2017: Paulo Aukuso (ball in hand) and Adam Deck (background) both scored key second half tries for Ories in their Anzac Day 30-30 draw with Poneke for the Jimmy Grbich Memorial Shield match.

2018: Anzac Day 2018. The HOBM and Poneke teams pay their respects ahead of their match for the Roy Johns Memorial Shield. HOBM won 29-22.

Two tries in 10 minutes to @tawarugby1 centre threequarter Pepesana Patafilo today off his own Grubbers. Tawa came back from 7-32 down to close to 24-32 but @msprugby went on to win their #swindaleshield2019 fixture 46-29. For today's results and round-up visit www.clubrugby.co.nz or #linkinbio or our Facebook page.