Skip to content
You are here
Home > Club Rugby > From the vault: FIFTH round matches in images 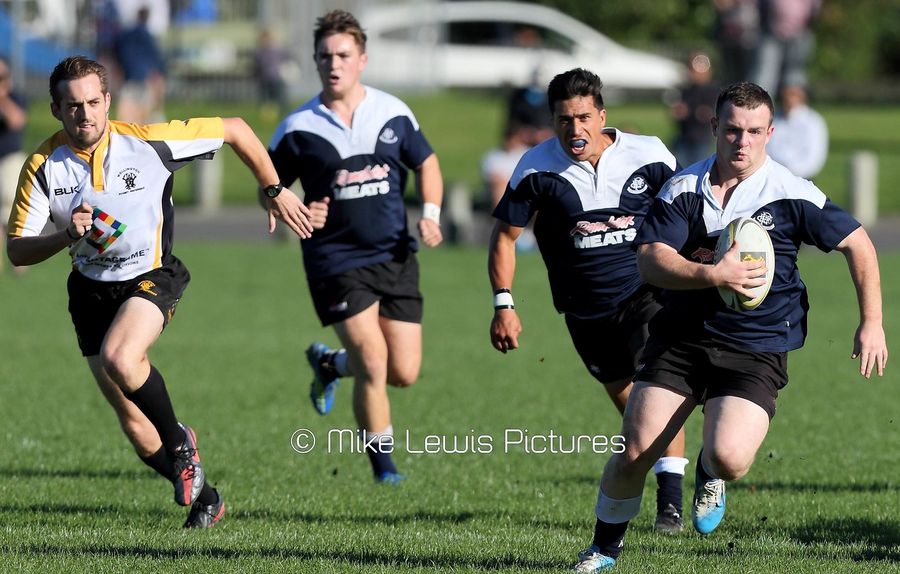 Above: Petone’s Nick Grigg and teammates on the burst against Wainuiomata in their fifth round clash in 2014. Wainuiomata won this match 41-34. Petone would finish third in the 2014 Swindale Shield, while Wainuiomata snuck into the ‘top 8’ and went on to reach the Jubilee Cup final against Hutt Old Boys Marist.

The fifth round of the 2020 Swindale Shield was originally scheduled this Saturday.

Ordinarily, the pecking order of clubs vying for spots in the ‘top 7’ Jubilee Cup would be heating up appreciably as the first round entered its halfway mark.

But with the rugby fields silent, below are some images from our photo galleries vault of fifth round club rugby matches in recent seasons.

2006: When Tawa beat MSP 19-9, with midfielder TJ Taotua busting through the defences. It was 3-3 at halftime, but Tawa pulled clear through tries to loose forward Asafo Te’o and lock Pati Gaualofa. Both these teams squeezed into the Jubilee Cup round later in the season, both missing the playoffs. PHOTO: The Dominion Post.

2007: The attempted chargedown. When Upper Hutt beat Wainuiomata at home at Maidstone Park 19-17. Upper Hutt had won the Swindale Shield two years previously but this was their only win of the first round in 2007.

2008: Poneke coach Richard Watt watching his team play Petone in their 125th weekend clash. Petone ran away with the match for the F.J Tilyard Shield, winning 51-20.

2013: try time for the HOBM Eagles in their 28-13 Father Cleary Trophy win over Marist St Pat’s at the Hutt Rec.

2015: Referee Hogan sends Marist St Pat’s halfback Ken Kapeli to the sin-bin. Despite the dispatching, MSP beat Wainuiomata 22-16 on this day at Evans Bay Park and went on to finish second to HOBM in the 2015 Swindale Shield. PHOTO: Hugh Pretorius.

2016: Avalon Wolves players celebrate their hard-fought 8-6 win over Petone at the Petone Rec. A try to No. 8 Tui Yandall and penalty to first five-eighth Jordan Aquila was enough for victory in this match for the Morgan Family Trophy. PHOTO: Hugh Pretorius.

2017: Pepesana Patafilo takes off for Tawa in their 24-17 win over Norths for the Sammy Saili Memorial Trophy.

2018: HOBM beat Petone 30-27 in another McBain Shield thriller at the Petone Rec.

2019: Nick Robertson, Levi Harmon and others celebrate Robertson’s winning try off a Pakai Turia kick and chase in their 21-19 Hakaraia Trophy win over Wainuiomata at William Jones Park.