Skip to content
You are here
Home > Club Rugby > From the vault: fourth round matches in photos 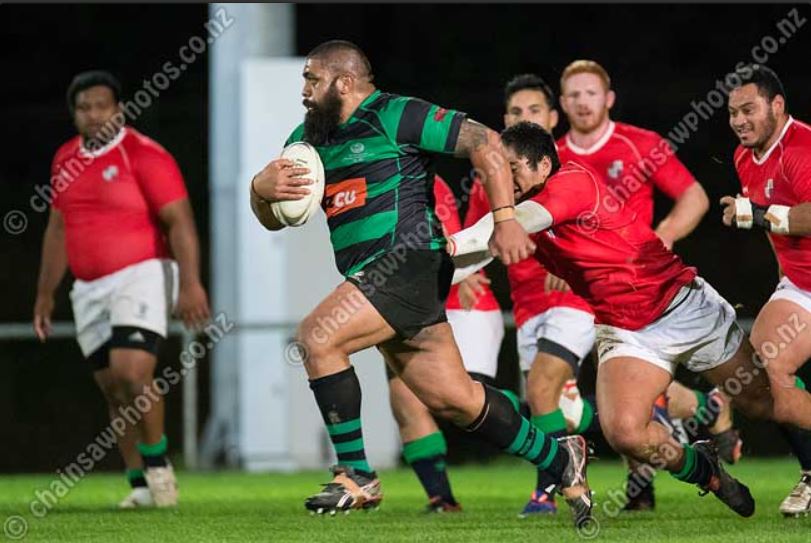 Above: No. 8 Ben Tupuola marches ahead for Wainuiomata against Marist St Pat’s in their midweek fourth round fixture under lights at Porirua Park in 2014. This match was drawn 30-30. PHOTO: Chainsaw Photos.

If not for pestilence keeping everyone at home, it would be the fourth round of the 2020 Swindale Shield this coming Easter Saturday.

With the rugby fields silent, below are some images from our photo galleries vault of fourth round club rugby matches in recent seasons.

2003: Junior Fatialofa surges ahead through the clutches of Conrad Smith and John Dams as his Wests Roosters team takes on Old Boys University. OBU would win this match 21-16, their fourth straight win, before slipping to finish fourth in the first round Swindale Shield. Wests finished ninth, one point outside the ‘top 8’ and they contested the Hardham Cup. PHOTO: The Dominion Post

2004: Blindside flanker Polonga Pedro scored two tries in Hutt Old Boys Marist’s 27-17 McBain Shield win over Petone, to also register HOBM’s fourth straight win of the season. The Eagles would fall back to finish fifth in the first round Swindale Shield, while Petone won the title. PHOTO: The Dominion Post.

2007: Tamati Ellison breaks free from Old Boys University flanker Tom Everton’s tackle in their fourth round meeting. Norths were too good for OBU, winning 63-12. Norths won the 2007 Swindale Shield with nine wins from 11, while OBU were third with seven wins.

2010: Two tries for Alapati Leiua for Norths against Wainuiomata in their Alf Keating Memorial Trophy 43-22 win at William Jones Park. Norths won all 11 matches to win the Swindale Shield, while Wainuiomata finished ninth and missed out on playing in the second round Jubilee Cup on points differential to Upper Hutt.

2013: Marist St Pat’s halfback Peter Sciascia takes on Wests prop Chris Eves with a grubber in his side’s 28-10 win in the wet at Evans Bay Park.  This was a key win for MSP, who qualified for the Jubilee Cup round in fifth, one of six teams separated by as many points after 11 weeks.

2014: Poneke wing James Solomon intercepts a pass and sets sail to score against Old Boys University at Kilbirnie Park. Despite conceding this try, OBU won 24-21 for the Beet Algar Rosebowl after the former Poneke midfielder.

2015: Upper Hutt Rams fullback Jordan Simpson-Hefft, shaking tackles in his side’s 25-38 defeat to the HOBM Eagles at Maidstone Park. HOBM would go on to win this year’s Swindale Shield, while the Rams finished 10th.

2016: Roy Kinikinilau leaves the opposition at a standstill after an intercept and runaway try for Ories against Wainuiomata. Kinikinilau scored two tries in Ories’ six tries to five 48-37 win at the Polo Ground. Ories were second and Wainuiomata fifth in this year’s first round competition.

2017: Johnsonville took on Norths at Porirua Park in round four in 2017 for the Barlow Trophy. Norths prevailed 37-17 with left wing Liki Siliga and No. 8 Parekura Lalaga both scoring two tries.

Below: Try highlights from the fourth round of matches in 2018. Ories beat Avalon 26-20 in the Swindale Shield game.