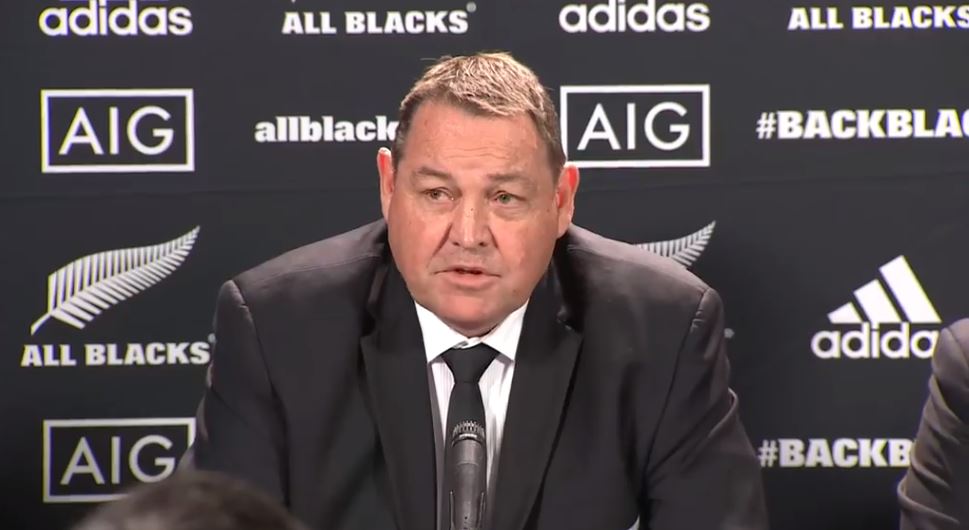 Hansen taking questions from his fans. Image credit: You Tube.

It seems whatever former All Black coach Steve Hansen turns his hands to, it ends in success.

The Rugby World Cup winning coach is the owner of several winning racehorses and now his new country album Shag & Tell is top of the charts.

Kim Boshier is the head of Sony Records, New Zealand and is stunned with the quality of the debut effort. “Shag puts Frankie Stevens to shame. He’s our biggest local star since Ben Lummis and hopefully a bigger export than Lorde. Steve’s laconic delivery and stories of real Kiwiana resonate with many New Zealanders,” she said.

The 1976 South Island yodeling champion opens the record with the singalong of Taihape Whiskey followed by the stomper Move It On Over (Cheika).

The pace slows a little with the heart yearning ballad Mataura Women and the wry social commentary of Okie From Ōhope. The only filler is Fossie Lullaby, a rather muddled attempt to understand the coaching methods of Ian Foster, but momentum is swiftly regained with the upbeat and penetrative Let the Game Flow and equally positive Cowboy Shaw, which features backing vocals from former All Blacks flanker Shaw himself.

Rhinestone Richie reflects upon the legend of McCaw and is one of two singles along with Achy Breaky Park (a tribute to the Garden of Eden).

The album ends with Cotton Eyed Coles, an unexpected hit in dance bars.

New Zealand’s biggest country music star is Nashville based Keith Urban. “I saw footage of Steve at the Golden Guitar Awards in Gore. It was like the Rawhide scene in Blues Brothers. Man he’s got charisma. I’d love to record a duet with him one day,” he said.

Aisle be Back: Bledisloe #1 in Wellington