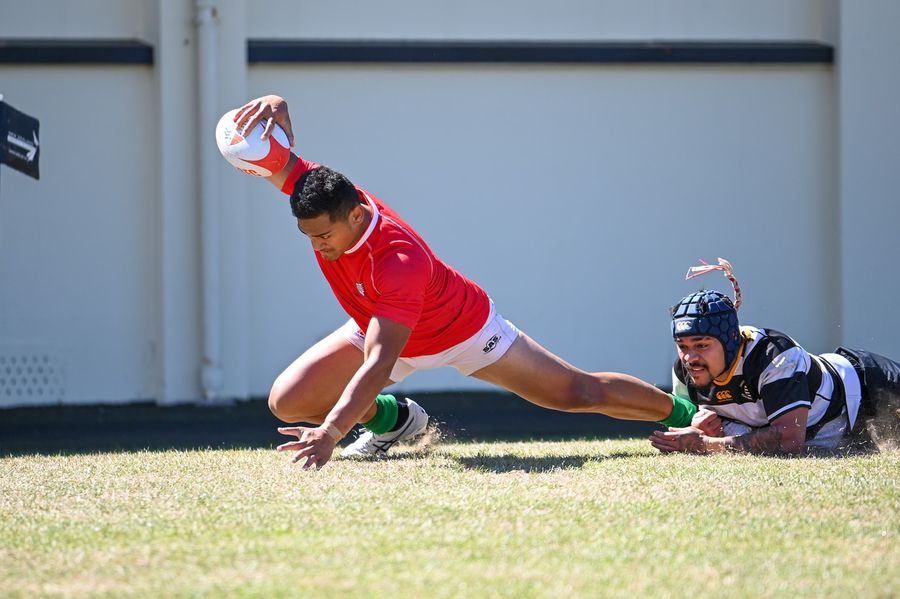 Above: Try time for MSP against Ories on Saturday in their pre-season fixture at Rongotai College. PHOTO: Tom Minton. More photos HERE

It’s the opening week of the club rugby season.

The Covid-19 outbreak has seen events in the sporting world move quickly in the past week, with major leagues suspending their operations and no real indication of when they’ll resume. Across the rugby hemisphere, Super Rugby suspended its season yesterday following Europe’s Pro14 league and the US’ Major League Rugby, with England’s Premiership widely expected to follow suit later tonight. Japan’s Top League is also shut down, though the catalyst for that was drug rather than outbreak-related. The Highlanders have a 14-day isolation period to look forward to once they return from their aborted trip to Argentina.

Many questions will need to be answered over the coming days and weeks. How will Super Rugby’s postponement impact on all other rugby? The ripple effect on the All Blacks, on the provincial competitions, and on club and college rugby? What directives will come from Government about group gatherings, remembering that club rugby is played on public facilities.

There’s the distinct feeling that one confirmed case amongst the rugby community, and everything will grind to a halt.

This could be as early as Tuesday, and will of course affect all sports.

Wellington isn’t alone in this. Both Hawke’s Bay and Manawatu also kick off this week amongst others, and surely all will be working on contingency plans if the season is disrupted. And unfortunately for those involved, you’d have to think Wellington College’s trip to Argentina is in serious jeopardy.

We can only wait, see, and hope.

If club rugby starts as scheduled this Saturday, games are HERE

The Hurricanes beat the Chiefs in Hamilton for the first time since 2007, winning 27-24. This match would have been a candidate for making the ‘list’ for most memorable Hurricanes ‘comeback wins’ and ‘wins on the hooter’. Trailing 14-24 after about 65 minutes, the Hurricanes came back to win 27-24 courtesy of a last-gasp penalty to Jordie Barrett.

Last updated in 2018, here is our article canvassing many of the Hurricanes’ ‘late wins’ in Super Rugby HERE

Is there a more intense player in Super Rugby than Du’ Plessis Kirifi? On the border of a penalty at every breakdown, Kirifi has really impressed with his work rate and disruption this season. Will his relative lack of size prevent him from making a mark internationally. Most of his leading opponents have a good 10 or 20cm on him in height and 10 or 20kg in weight. Flanker and world player of the year Piete du Toit is 200cm and 120kg. Kirifi is 180cm and 101kg. Even England openside Sam Underhill is a half a dozen metrics bigger in both categories.

If the All Blacks were playing a test tomorrow how many changes would there be from the World Cup semi-final? Lachlan Boshier would surely push hard for the six jersey. Who noticed the menace the Chiefs lost at the breakdown when he left the field against the Hurricanes on Friday night? There might be recalls for Ngani Laumape and Rieko Ioane.

How many professional rugby careers will coronavirus end? The longer the fallout continues the more nervous those hanging on grimly must feel?

An interesting piece on infamous cancellations throughout rugby history, from the Rugby Pass website HERE

Stage two of Paremata-Plimmerton’s redevelopment of their Ngati Toa base is complete, with the refurbished clubrooms formally reopened in a dawn ceremony on Saturday. Assuming there is rugby this weekend, it’ll see it first use when they host Johnsonville in the opening round.

News early last week that a ‘new’ team called the “All Blacks XV” is [scheduled] to be unleashed on the world later this year. This news was met by many as another way that the All Blacks brand is being cheapened and confusing. This is the same team that was once known as New Zealand A and the Junior All Blacks.

The latest issue of the Rugby News magazine is on sale now:

Scottish Rugby Union chiefs have set aside £500,000 to help clubs struggling in the wake of the coronavirus outbreak.

They have also announced that ‘collective club support’ payments worth more than £500,000 which were due to be paid to members in May will now be forwarded a month early.

The SRU has already put a hold on domestic action until 29 March while both Glasgow and Edinburgh have seen their Guinness PRO14 campaigns suspended.

I have just finished my prep work for rugby training this week. I think I will be safe. When will this madness stop.