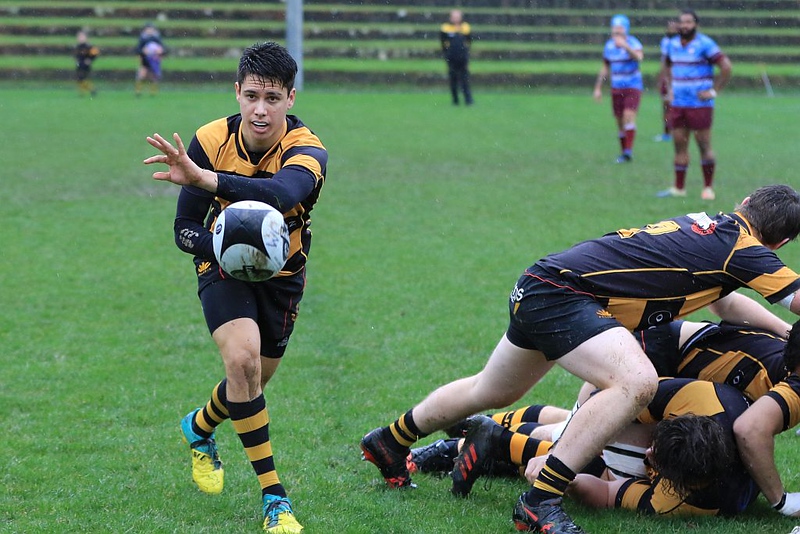 “It’s pretty big, a reenactment of the first game, there’s a lot of history behind it,” Isaac Bracewell enthused ahead of the special fixture between the Wellington Football Club and the Nelson Rugby Club.

Both outfits celebrate their 150th anniversaries in 2020 and will meet this Saturday at Hataitai Park to mark the milestone.

On September 12, 1870 the clubs met in New Zealand’s first inter-provincial match. Fielding only 14 players, the visitors prevailed by 2-1 at Pito-One (“end of the sandy beach”) on a “spot adjoining the old pā.” The pā was located at the western end of the beach, alongside the Korokoro stream, about 2.8 kilometres from the Hutt River mouth, in the general area of where Te Puni Street and Honiana Te Puni Reserve is located today.

Such rich history is a big reason why Bracewell joined the Axemen last year.

“Murray Mexted was the first person to get into contact with me. He’s the club patron now and a big name in rugby. The people and the tradition was very appealing to me,” he said.

Wellington last won the Jubilee Cup in 1987, suggesting halcyon days are a thing of a distant past. Bracewell refutes that claim and is genuinely optimistic about the direction of the Axemen.

“It was disappointing we only hit our straps in the [second round Premier 2] Hardham Cup last year, but it was pleasing to put Upper Hutt, Avalon and Johnsonville to the sword. In the Swindale Shield we beat MSP, proving we can match it with the big boys.”

Bracewell appeared in 14 games last season. His preferred position is halfback, but he also covered first-five, fullback and wing.

“It was good the coaches had faith in me when a switch was needed. I made my tackles and didn’t do dumb things. I started 10 games at halfback so I had a pretty good run,” Bracewell observed.

He was the starting halfback for the Wellington Under 19’s who were third at the Jock Hobbs Memorial National Under 19 Tournament in Taupo. The entire representative campaign proved to be a huge education.

“I’ve never been so emotionally invested in a team before. The intensity and focus involved in those games was on another level. I want to bring that intensity into every game I play from now on,” he warned.

Bracewell was educated at Wairarapa College and spent two seasons in the First XV. In 2018 he enjoyed a groundbreaking season with the Carterton Rugby Club.

“I felt I hit my straps after college with Carterton. I was lucky to get some great individual coaching from Chris Senior who improved my whole game. The average age of our team was 21. We got rolled in the final which was a pretty good effort for a young side.”

The Bracewell name isn’t young in New Zealand sport. Relatives John and Doug Bracewell represented New Zealand in test cricket and Issac is one of half a dozen family members to have played senior rugby.

Off the field he holds down two jobs as a personal trainer for Tamashii Fit a gym run by WRFU grappling and contact readiness coach Koji Shigeeda. He is also a game development officer for the Axemen, overseeing the support of junior teams coaching and resourcing.

He is affectionately known as ‘crack’ by most of his friends.

“I was given my nickname in my first season of First XV rugby. It happened when I scored my first try in a traditional against Rathkeale College with the last play of the game. I did it with a snipe and the boys were like, ‘yo Isaac snuck through the crack.’ Because it rhymes with my actual name, the name crack has stuck. There have been other interpretations behind it’s origin, but that’s the main reason. I like it because when a challenge arises I’m never afraid to have a ‘crack.’

The Premier match is broadcast live on Te Upoko on 1161AM and 87.6FM and on iHeart Radio from 1.15pm, from 1.15pm and with the build-up including a chat with Keith Quinn.