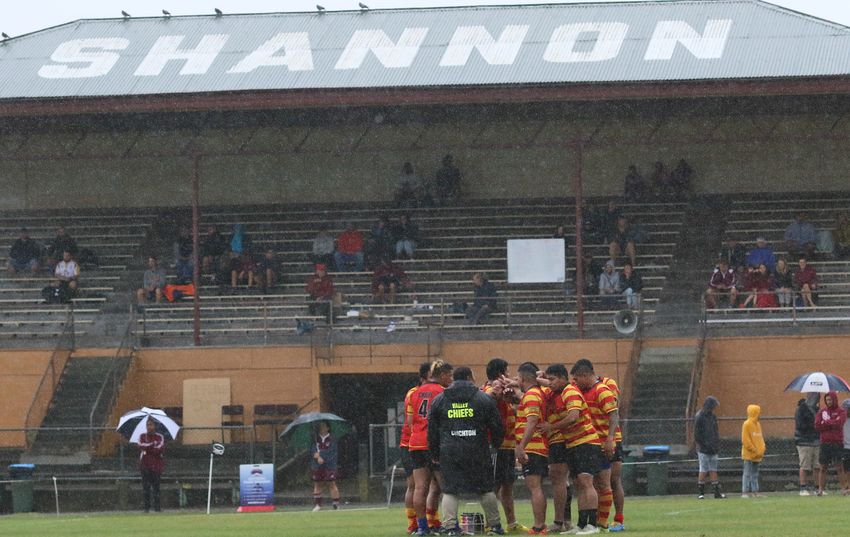 The start of March means that 15s Rugby is in full swing ahead of the start of the competition season on Saturday 21 March. Just two weekends for clubs to fine tune their squads and preparations before kick off.

We will carry a preview on this website at the end of this week with the rugby being played this coming Saturday, but at a glance here are some events/matches to look forward to:

Stokes Valley played three games, winning their opener over Otane 29-5, before missing out to Kapiti Coast clubs Waikanae 14-15 and Rahui 5-12.

A year ago, we published a story suggesting that an organised community sevens circuit would go well throughout the lower North Island over the summer. Nothing has changed our thinking. Out of Wellington alone there could be composite squads representing such organisations as the Centurions RFC and Wellington Samoa Rugby Union, while the NZ Marist Federation is another that could create a pool of players to play in these tournaments to add to local and visiting club teams.

Johnsonville played Paraparaumu in a pre-season fixture on Saturday. Photos of the game HERE

Predictably, the Hurricanes scored an emphatic win over the Sunwolves in Napier on Saturday. The Hurricanes scored 10 tries in their 62-15 win, with Kobus van Wyk scoring a hat-trick in his first match for the side. Has a Hurricanes player scored three tries on debut before? Has this been done in Super Rugby?

The Hurricanes host the Blues at Wellington this coming Saturday in their next match. The Blues are returning from South Africa having tipped over the Stormers 33-14.

Some big news out late last week with one of Wellington rugby’s more colourful characters of recent times having pulled the pin on his time here, for now. HOBM’s Sheridan Rangihuna has relocated to the Hawke’s Bay, ending his Eagles career a handful of matches short of a century, a number he would surely have reached if not for his bouts with officialdom and a short-term contract with Japan’s Panasonic Wild Knights during last year’s Jubilee Cup. A former NZ Schools and U20s representative out of Gisborne Boys, Rangihuna was also a regular for the Lions and Sevens sides. Talented and tempestuous, on his day Rangihuna could be the best player going around in club rugby. We wish him all the best in his next endeavours and the Eagles’ loss is a Hawke’s Bay clubs’ gain.

Stepping up to the big time is former MSP head coach Clayton McMillan, named this week as the Chiefs interim head coach for next season while Warren Gatland returns to the British & Irish Lions for their tour of South Africa. McMillan guided MSP to the 2012 Jubilee Cup title on a wet cold day on the Hutt Rec, which remains the Evans Bay’s club’s last title.

A couple of items from past weeks that were missed by our interns. Former Scots, Ories, and Lions outside back Malo Tuitama is making a name for himself in Japan’s top league with 11 tries already for his Yamaha side, including a six-try haul against the Mitsubishi Dynaboars. Elsewhere, Petone winger Viliami Fine has been called up to the Tongan Sevens side, as they attempt to win their way back to the top-level via the Challenge series.

Some good work by Rebels hooker Anaru Rangi, who again impressed in his side’s Friday night win over the Highlanders. The former Upper Hutt Rams player scored the game’s first try and helped the Rebels become the first Australian side to win in Dunedin since 2014.

Some stats on a Monday in support of NZR’s new U85kg competition:

Of those 31 teams, 21 were weight-restricted.

In 2018, Wellington Rugby had 16 teams in the Under 13 grade – in total. A loss of 21 weight-restricted teams has been compensated by only six extra open-weight teams over the ensuing decade.

A study of international rugby union players reveals that the average weight of a player in the Five Nations championship in 1955 was 13 stone 5lb (84.8kg). The average weight of players in the England squad announced for the 2019 Six Nations was just under 16 stone 7lb (105kg).

The average weight of a NZ male is 88kg.

One change afoot for the Women’s grade in 2020 will be restrictions on school-aged players from turning out in club rugby as well. Short Passes understands that the WRFU has implemented a policy that only ‘exceptional’ players still attending school will be permitted into the senior grade this season, with ‘exceptional’ meaning consideration for selection for the Pride Farah Palmer Cup side.

The 2020 National Provincial Championship draw was released last week, with the competition starting on the weekend of 6-9 August.

Wellington’s matches are as follows:

The moneterisation of secondary school sport continues apace. Plus you can’t have exclusivity in coverage of amateur or community sport, which is what school sport is. An interesting development can be read here: https://www.radiosport.co.nz/sport-news/top-schools-at-war-with-rob-waddell-over-school-sport-streaming/

Reports from the UK that the Six Nations rugby will no longer be on free-to-air TV from next year as money trumps all else. From Wales Online :

The Six Nations could be removed from free-to-air television if a new £300million deal is pushed through, according to reports.

Sky have emerged as favourites to land the biggest contract in rugby history under a game-changing arrangement that would see BBC and ITV potentially left on the margins.

It has led to one Welsh rugby insider describing the situation as being “a sad day” for the sport in Wales.

BBC and ITV teamed up to outbid Sky when the rights were last on the table, negotiating a deal worth £90m a year which runs out in 2021.

The two free-to-air channels were preparing to join forces again, but The Rugby Paper report that joint bids aren’t being allowed this time, claiming no reason is being given for imposing such a condition.

The move heightens the possibility of major tests in the UK disappearing behind a paywall from next year.

“There is a very real danger that they will be prepared to sacrifice the big audiences on BBC and ITV for more money.

“Cricket did that and the popularity of the sport was hit as a consequence. If rugby chooses not to learn from that mistake, then they will be at risk of the same consequence from the same lack of exposure.”

Different sport, but similar subject. Today’s [likely] final day of the second cricket between the Black Caps and India marks the last time the common man in New Zealand (if a Sky TV subscription is counted as mainstream) will  be able to both watch and listen to domestic and international cricket in New Zealand for a few years. This following recent news that Spark has the TV rights from next season and Radio Sport will no longer be broadcasting their commentary. Streaming content is the future, but its not mainstream yet and many thousands of  fair-weather viewers will take it or leave it, while without live commentary what is the point of RS still existing?

On a related subject, the Saracens PR arm is in overdrive, following their recent salary cap overuse and relegation from the Premiership next year:

This is what it means to be a Saracen 🖤❤️#TogetherSaracens pic.twitter.com/GMmyfiqBD1

Advertising opportunity. Club Rugby has one advertising opportunity open for 2020. For more information please email editor@clubrugby.co.nz to see how you or your business or organisation can support the promotion and coverage of community rugby over the next several months and beyond.

Last but not least. The annual McEvedy Shield athletics meet is this Tuesday at Newtown Park. Wellington College will be gunning for a record-equaling sixth title on the trot against the respective mights of St Pat’s Town, St Pat’s Silverstream and Rongotai College. Many leading club and representative rugby players have featured at McEvedy down the years.