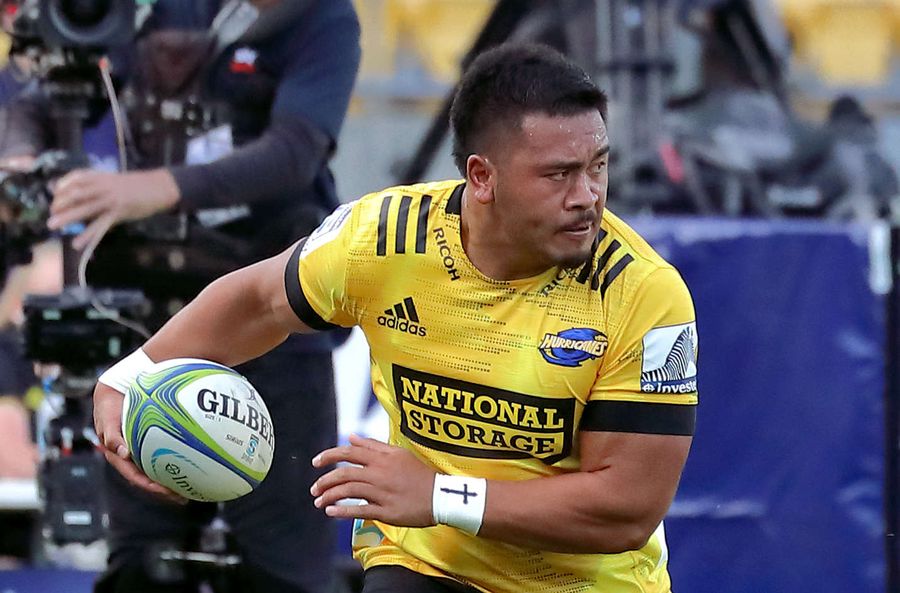 Some good work by the Hurricanes on Saturday night against the Sharks in their 38-22 win.

In particular by starting hooker Asafo Aumua (above), who could be a set for a big year. As well as having a storming 48 minutes around the field (before being making way for Dane Coles), Aumua’s lineout throwing was on point.

Jackson Garden-Bachop and Du Plessis-Kirifi also played well against the Sharks, who the previous week had thrashed the Highlanders 42-20.

Earlier in the day, the Hurricanes Hunters beat the Crusaders Development side 57-17.

Iose and Southall are both shaping for big years coming back from the injury trail. Former Palmerston North Boys’ High School player and NZ Secondary Schools captain in 2016, Iose has had a terrible run of injuries, while Southall missed much of last year with a pre-season knee injury and will be looking for a big year with his new club Petone.

A reshuffle to the Hurricanes team later that evening owing to the late withdrawal of Reed Princep saw Flanders come on to the bench, and after playing 70 minutes at full throttle for the Hunters played another 10 or so for the Canes’ top team.

The Hurricanes have a bye this coming weekend, before the Hurricanes roadshow rolls into Napier on Saturday 29 March at 4.45pm to play the Sunwolves and the Hunters playing the curtain-raiser.

New Zealand Rugby announced the names of 52 trialists for the upcoming U20 Development camp in Palmerston North, ahead of selection for the team to play in the U20 World Cup in July. Twelve players with current, past, or soon-to-be connections to Wellington have been named in the 52-strong training group for this years national U20s programme. Forwards dominate the local contingent. The Wellington players are:

Unfortunately sometimes at Short Passes we have to pass on unfortunate news, and this is one of those occasions, with the passing of Cormac Ryan in his native Ireland last week. Ryan played for the Poneke Premier Reserves across the past two seasons, and is remembered by Club Rugby as “a hard nut prop, but one who played the game fairly and a great bloke for the chat on and off the field.”

Our condolences to his family and friends, Poneke, and those of his home club in Ireland, Midleton RFC in Cork.

The Warriors rugby league nines team that competed at the Perth NRL Nines this past Friday and Saturday featured none other than Rocco Berry, who was in the St Pat’s Silverstream First XV last year. It was a far from happy start however, with the Warriors well-beaten in both their outings.

Awesome to have John Plumtree, newly appointed All Blacks assistant coach, at pre season training tonight. We were very lucky to have John at training to share some of his knowledge with the Goats. John got a Goats jacket as a token of our thanks for his time. John is pictured with the four OBU Senior Goats mini team captains. #OneHerd

A post shared by Old Boys University Rugby Club (@oldboysuniversityrugby) on Feb 11, 2020 at 12:46am PST

The annual Shannon 7s tournament is coming up on 29 February – on the iconic Shannon Domain. Spots still open, and a Women’s division this year. For more visit HERE

A short wrap of this past weekend’s Super Rugby from an Australian perspective:

As Australian rugby keeps its fingers crossed for an improved broadcast deal, this was not the weekend Rugby Australia administrators were after.

The Brumbies and Reds were both in positions to win their respective matches over the Highlanders and Jaguares, only for a lack of discipline — perhaps some dubious refereeing in some cases — and a lack of experience seeing both sides slip to heart-breaking defeats.

Those losses saw the collective cross-conference record of the four Australian teams slip to 0-6 for 2020.

Elsewhere, there were wins for the Crusaders, Chiefs, Hurricanes, Stormers and Rebels; Dave Wessels’ side on the board courtesy of their 24-10 win over the Waratahs.

Last week Hamish Bidwell, formerly of the Dominion Post and RNZ and now with Rugby Pass, opined with this:

Whether it’s precipitated by South Africa’s potential withdrawal from Sanzaar is a moot point. The fact is the game in this country is now unable to sustain itself at any level and radical change is required.

It’s not good enough for NZR to bankrupt itself to meet the wage demands of its elite players. And it’s definitely not good enough to then reward the pampered few with rest weeks and sabbaticals.

Community rugby in this country is dying of neglect at a time when some of our better All Blacks, despite annual salaries to $800,000 to $1 million, demand time off to keep them enthused.

Whether South Africa does or doesn’t go in 2026, or sooner, NZR has to change. The current model, with its reliance on TV money and emphasis on the All Blacks at the expense of all else, is no longer fit for purpose.

Really excited to join the team @looseheadz in their mission to #tacklethestigma around #mentalhealth .. After being such a big part of my life for last 6 years 😂 with some help from a couple of the @waspsrugby lads the first step for me to help raise awareness is to shave off my beloved beard off. In the next few weeks we will try and raise some money with all proceeds going to funding mental health initiatives!! 💙 #timeforchange visit the link in my bio. ✌️

Aisle be Back: Sir Brian Lochore and the 1981 Wairarapa-Bush team